Accessibility links
Reitman and Cody, Consorting with 'Juno' Jason Reitman and Diablo Cody are the director-screenwriter team behind the new film Juno, about a tough, sardonic 16-year-old girl; when she gets pregnant, she gives the baby up for adoption to a couple she finds through the PennySaver. 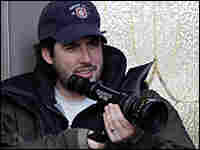 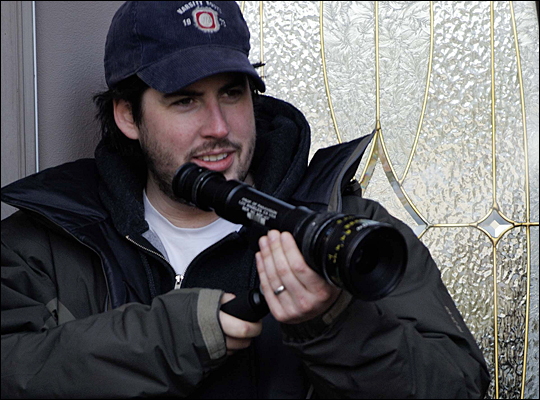 Making a 'Smoking' Satire of the Lobbying Industry March 17, 2006 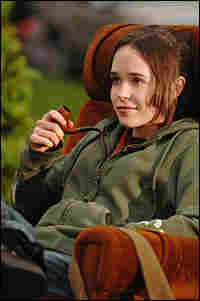 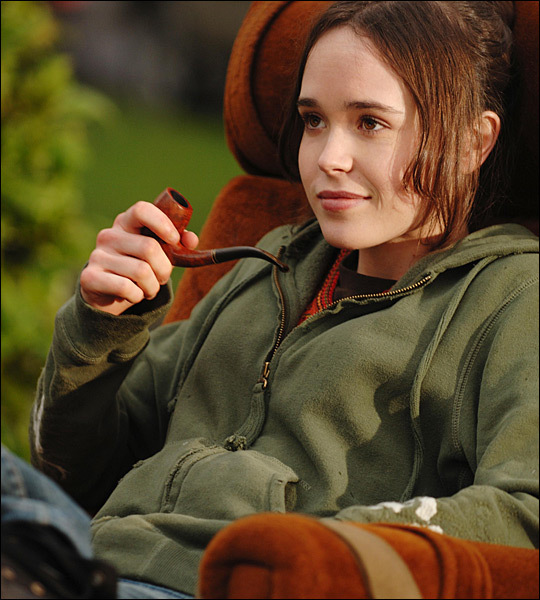 Watch: A Clip from 'Juno'

In the extended interview above, Ellen Page talks about the books she's been reading lately, including those she'd adapt for the screen if she had her way. Here are a few: 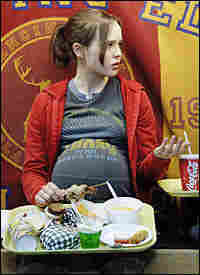 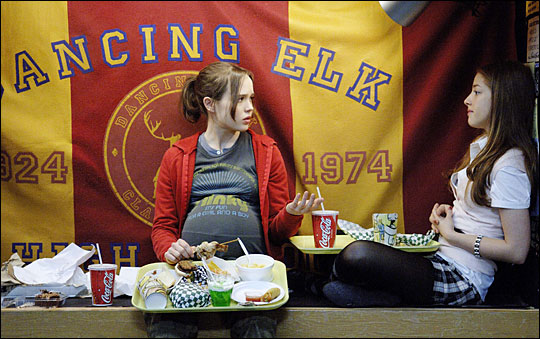 A well-known child actor in her native Canada, Page is now emerging as an international indie-film prodigy — and her motor-mouthed Juno, a pregnant teenager unfazed by her predicament — comes across like a real kid, the type seen in high schools but not often in the movies. She is prickly and loyal, ferociously smart but defensive.

But then Page says she picks only parts she considers to be genuine — movies where the girls she plays do not feel like stereotypes. Her list of credits backs up the claim: She has starred in a number of dark, often violent roles in which she confronts issues of power and control.

She's played runaways, a mutant schoolgirl (in X-Men: The Last Stand) and a teenager tortured to death by Catherine Keener (in the yet-to-be released An American Crime).

Page says she is often approached, admiringly, about her appetite for taking on feminist roles.

Page had her breakthrough role three years ago in the movie Hard Candy; she played a 14-year-old vigilante who entraps online pedophiles, then tortures and kills them.

Patrick Wilson, who played opposite Page in Hard Candy, says Page attacked her role like Joan of Arc.

"I like the fact that by going with her, they weren't going with some glamour girl who's in magazines and trying to act like she's 25," Wilson says of Page.

Page believes it was her upbringing in Canada that has set her apart from American actors.

"I wasn't 11 and being forced into tap lessons and singing lessons, and being sent to auditions by my overly tanned mother in California," she says.

Instead, Page attended a Buddhist school in Halifax, Nova Scotia. The lessons she learned about withholding judgment are evident as she considers the scandalous, self-destructive women her age who command so much tabloid attention.

"They clearly haven't had much control," Page says. "They seem like individuals that have been pushed in situations that have been hyper-sexualized from a really young age, and there is no compassion — no one saying 'Why?' Everyone's just judging."

Page says she feels compassion for these young women, even as she is beginning to achieve another level of fame. She's a devotee of Converse sneakers and flannel, so she was shocked when Vanity Fair asked her to model for a magazine spread featuring a gaggle of young actresses.

"I was like, 'Really? Maybe you should double-check. Do they know how tall I am, how I dress?'"

Among her peers, Page is distinctive for taking on projects that examine girls' experiences through the lenses of power and control. Most of her role models are two generations older.

Ellen Page has another movie coming out in the spring — Smart People — in which she stars opposite Sarah Jessica Parker. After that, she hopes to start shooting a Canadian indie film about teenage lesbian werewolves.