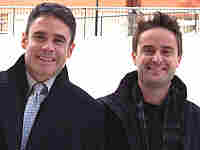 Performed by the VocalEssence choir, these carols took top prize in past years. 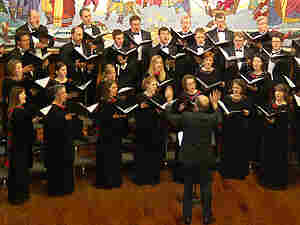 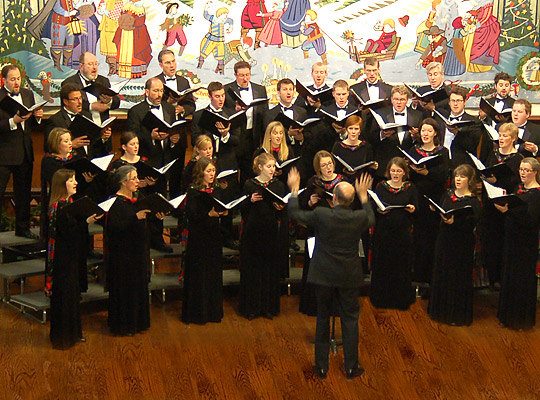 Each year at this time, Philip Brunelle leads his VocalEssence choir in the world premiere of two new Christmas carols.

Tired of the same old Christmas carols? Although it seems that most of our holiday music comes down to us through generations, even across centuries, composers still write new Christmas carols today.

Two Minnesota-based organizations—the VocalEssence choir and the American Composers Forum—are doing their share to provide new carols every year. Since 1998, they've co-sponsored the annual Welcome Christmas! Carol Contest, an opportunity for composers from across the country to try their hand at penning the next blockbuster Christmas hit, or at least a gentle new holiday carol.

It's not exactly American Idol, but judges do vote, composers get bumped off the list, and there are a few strings attached. Each new composition must include a chorus, and the sponsoring officials choose the instrumentation. This year's carols were composed for chorus and celesta, the small keyboard instrument responsible for the chime-like tones in Tchaikovsky's "Dance of the Sugar Plum Fairies."

This year, composers from 32 states submitted 118 scores. Two winners were chosen — Matthew Brown's "Sweet Was the Song" and Stephen Main's "The Darkest Midnight in December." The winners received a prize of $1,000, and their compositions were premiered in a Dec. 1 concert by VocalEssence, directed by Philip Brunelle.

The mood of Main's "The Darkest Midnight in December" is like a lullaby in a minor key. He chose a carol text published in 1728 by Fr. William Devereux. Main studied music and religious studies at Oberlin College and earned a Ph.D. in religious philosophy from the University of Chicago. He's currently the music director at Piedmont Community Church in the San Francisco Bay area.

"Sweet Was the Song" is also something of a lullaby, but Brown went back to the medieval era to find his text and incorporated the keyboard for atmosphere.

"I used the celesta as a shimmering background, occasionally commenting on and echoing the vocal lines," Brown says. He is currently working toward an advanced degree in music at the University of Southern California, Thornton School of Music. Brown also holds music degrees from Pepperdine University and USC.