Accessibility links
Beyond Ethanol: Alternative Energy Strategies Creating ethanol from corn is less energy efficient than other possible sources, like switchgrass and other "woody" plants. And ethanol is just one part of the alternative-energy mix, which also includes wind power and fuel cells, Ira Flatow says in a new book. 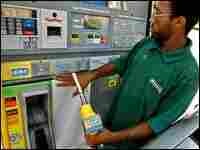 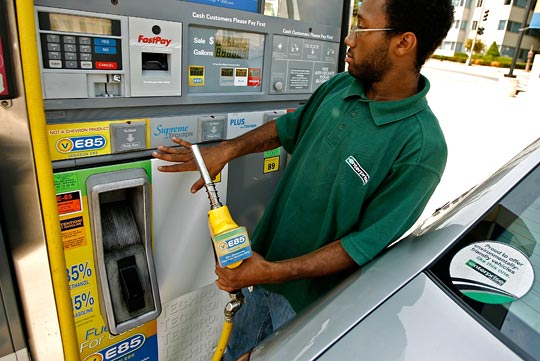 'Present at the Future' 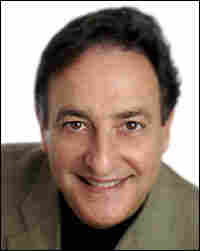 Ethanol has been a cornerstone of U.S. energy strategy for decades, but the process of creating ethanol from corn is less energy-efficient than other possible sources, like switchgrass and other "woody" plants.

And ethanol is just one part of the alternative-energy mix, which also includes wind power and fuel cells, says Ira Flatow, host of NPR's Talk of the Nation Science Friday. Energy is one of the topics in Flatow's new book, Present at the Future.

One problem with using corn to make ethanol is that it is also a major food source. More corn going to ethanol means less going to food, which drives up food prices, Flatow tells Steve Inskeep.

"A lot of farmers who might be selling their corn to the food companies are now holding back and selling it to the ethanol companies," Flatow says. "There's so much corn you can grow, and in fact, corn is not the best thing you can use and not the best plant source to make ethanol. It's not very good at returning the bang for your buck and people say, 'Let's grow something else.'"

"Corn is very labor intensive ... but you also have to fertilize it. It takes energy to do that. You have to harvest it, you have to transport it," Flatow says. All that uses energy that "subtracts from the amount of energy you get out," he adds.

Scientists are researching genetically engineered crops that would be tailor-made for creating ethanol, "but it doesn't seem as corn is going to be it," Flatow says.

Switchgrass, willow trees and other "woody plants" are other possible sources. But scientists haven't developed ways to easily break down the cellulose inside these plants, Flatow says.

But ethanol is only one part of the solution to the problems of energy and climate change.

In the absence of a national energy policy, some states are looking for solutions on their own — Texas and California are among the states pushing ahead on wind power, for example. And wind-generated energy could end up being used to transfer energy to fuel cells that power automobiles, Flatow says.

Excerpt: 'Present at the Future' 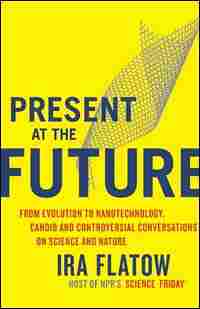 A Fox enters the storeroom of a theater. Rummaging through the contents, he is frightened by a face glaring down on him. But looking at it closely he discovers it is only a mask, of the kind worn by actors. "You look very fine," says the Fox. "It is a pity you haven't any brains."

Is it possible to understand our minds? To understand what consciousness is all about? What happens in our brains when we learn or remember? What goes on when we "enjoy" or feel "depressed?"

Understanding the complex biochemistry that turns electrical and chemical energy into thoughts, memories, and feelings is one of the greatest challenges of science. Neuroscience has become "the neurosciences" as genetics, physics and engineering, pharmaceuticals, psychology and psychiatry, and computer science have gotten into the act and contributed to what we know. But the brain is so complex that neuroscientists have a long way to go before we can understand completely how the brain works.

We know that people have been fascinated with the brain for at least 6,000 years. About 4,000 BC, an anonymous writer put down the very first observations of how the brain works, anticipating The Wonderful Wizard of Oz by noting that eating poppies induced feelings of euphoria and well-being. It seems that people also have always been hitting their heads: The ancient Egyptians documented on papyrus medical treatments for 26 different kinds of brain injury, and pre-Inca civilizations practiced primitive brain surgery, probably for mental illnesses, headaches, or epilepsy. In the Middle Ages, many people witnessed miracles, wonders, and visions—perhaps because they didn't realize that their brains were tripping on LSD. In 1938, Dr. Albert Hofmann, a distinguished Swiss chemist who was interested in the medicinal properties of plants, was studying the ergot fungus at Sandoz Pharmaceuticals in Basel. He found that ergot contained a kind of lysergic acid with hallucinatory properties, an acid that Hofmann synthesized into LSD for the first time. Ergot fungus often affects grain. In medieval times, grain with the fungus could have been milled into rye bread, causing hallucinations—and along with them, superstitions and religious fervor that could have been due to altered brain chemistry.

Today, we know that the brain runs on electricity—though not the kind of electricity that lights up the lamp over my desk or runs my computer. I'm talking about bioelectricity, which allows the neurons, or cells in the brain, to communicate with one another. Every living cell functions with electricity. When food is digested and turned into blood sugar, or glucose, and dissolves in water inside a cell, its atoms lose or gain electrons. They become free-floating particles called ions, which have either a positive or a negative charge. Since electricity is charge in motion, the movement of charged ions inside a living cell is electricity. When ions move, there is a corresponding shift in charge, an electrochemical change that produces an electric charge, the nerve signal. Every fraction of a second, each nerve cell in the brain and body receives signals that prompt it to respond or not. When a neuron sends a message to another neuron, the signal moves along as a traveling electric pulse. Recently I saw a photo of a neuron hooked up to a nanoscale plastic circuit on a chip—just one experiment in nanotechnologists' efforts to build a super-tiny transistor no bigger than a molecule.

While ancient peoples thought that epilepsy was caused by demonic possession, we know that an epileptic seizure is an outward sign of abnormal electrical activity in the brain, due to an imbalance in neural activity that leads to an increase in the rate of neural firing, which can then spread to other parts of the brain. But there are still so many mysteries left, especially how our memories, our hopes and dreams, our intelligence, and everything else we're thinking of when we say mind are encoded in our brains.

One of the biggest mysteries about the brain is how it begins. When a fetus is only one month old, its first brain cells, or neurons, are growing at the mind-boggling rate of 250,000 neurons a minute. Eventually, those neurons form literally trillions of connections, called synapses, between cells. These connections are well organized, not random: Each neuron finds its correct place in the brain. By the time a baby is born, it has 100 billion neurons, and its brain looks very much like an adult's. It's more developed than any other part of the baby's body, and it's disproportionately large. After birth, the brain begins to be shaped by environment—the world around the infant and the baby's experiences. Newborns spend more than 20 percent of their sleep in rapid eye movement (REM) sleep, which some researchers think involves a kind of learning process. Neurologists are studying how the brain shapes itself in response to the demands the environment makes on it. They know the brain changes over a person's lifetime, as it thinks, controls muscles and limbs, learns, and remembers. The billions of neurons in a person's brain continually connect and reconnect on many different levels, in response to what their owner does and experiences.

Some of the things we don't know about the brain are surprisingly basic. One thing that babies and very young children do a lot is sleep. In fact, they spend half their childhood asleep—and every parent knows how important that is and what their kids can be like if they don't get their naps. Adults spend about a third of their time asleep, and that doesn't appear to be an enormous waste of valuable time. Experiments where people have tried to stay awake for as long as 200 hours have induced hallucinations and paranoia. If adults have troubling sleeping—and according to a 2005 poll from the National Sleep Foundation, 57 percent of Americans do—nearly every aspect of their lives is affected, leaving them prone to making mistakes at work, having car accidents, being too sleepy for sex.

Excerpted from Present at the Future by Ira Flatow. All rights reserved. No part of this book may be used or reproduced without written permission from HarperCollins Publishers, 10 East 53rd Street, New York, NY 10022 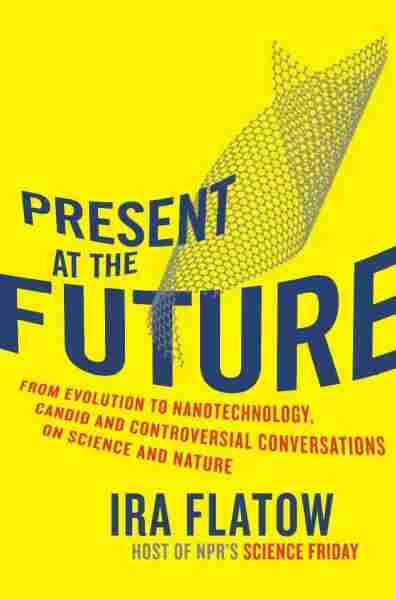 Title
Present at the Future
Subtitle
From Evolution to Nanotechnology, Candid and Controversial Conversations on Science and Nature
Author
Ira Flatow