Accessibility links
A Japanese Attack Before Pearl Harbor This bit of history may sound familiar. Japanese warplanes stage a surprise December attack on the U.S. Navy. But the sinking of the USS Panay, on China's Yangtze River, occurred four years before Pearl Harbor. 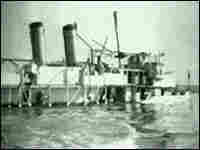 toggle caption
Watch the Full Documentary at the Internet Archive 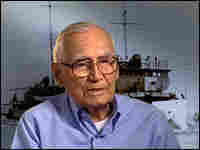 Fon Huffman, 94, is the last known survivor of the 1937 attack on the USS Panay. usspanay.org hide caption 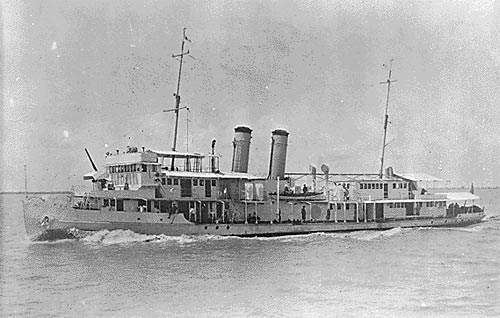 The USS Panay, pictured in 1928, patrolled the Yangtze River, protecting American interests, including tankers for the Standard Oil Co.

This bit of history may sound familiar: Japanese warplanes stage a surprise attack in December on the U.S. Navy. But this incident occurred four years before Pearl Harbor. The sinking of the USS Panay is pretty much forgotten now. But it was one of the biggest news stories of 1937.

In the 1930s, the United States had something that would be unthinkable today — a treaty with China allowing American gunboats to travel deep up the Yangtze River. It was a major trade route for U.S. commerce in China, and it was notorious for pirate attacks.

American ships patrolled the river to keep it free of bandits and to protect Standard Oil Co. tankers, says Nick Sparks, a filmmaker and writer.

By 1937, the Yangtze faced a much bigger threat than pirates: The Japanese army had launched an invasion of China, and by December, the Japanese were fighting for the city of Nanking. The fight became known as the Rape of Nanking.

The USS Panay, with 55 men aboard, was sent to rescue any Americans left, including embassy staff and journalists — most notably a newsreel photographer who recorded what was to come.

The Panay, with its civilians aboard, escorted the oil tankers 20 miles upstream to wait out the Battle for Nanking. They anchored in the middle of the river and waited. Then, on Dec. 12, a quiet Sunday afternoon, Japanese planes appeared suddenly and bombed the American vessel.

The last survivor of the attack remembers it vividly. Fon Huffman, now 94, was taking a nap in his bunk when "next thing I remember, they [were] evacuating the ship. And I went in the river."

The newsreel shows the Japanese planes attacking and the crew on deck firing back with machine guns. One sailor was still in his underwear.

The ship's captain was wounded badly enough to be taken below. Commander Tex Anders took charge. His son, Bill Anders, was 4 years old at the time, safe with his mother in Canton, China. (Bill Anders grew up to become an astronaut aboard Apollo 8, the first manned mission to orbit the moon.) He recalls how his father wrote the gruesome order to abandon ship.

"Since he'd been wounded in the throat, he couldn't talk," Bill Anders says. So the commander had to write his initial orders in blood.

Several small boats from the Panay carried the crew to the river bank. Three men aboard died and 27 were injured. The survivors watched their ship sink.

The sinking was especially shocking because the public could see pictures of the incident and because the United States was a neutral country.

For years, people wondered if the attack was a mistake. Perhaps the Japanese thought the Panay was a Chinese boat. But Huffman and Spark say that's not likely.

Spark adds, "Any aircraft flying over should be able to see these flags and understand this is an American vessel."

The Roosevelt administration lodged a protest with Japan. Instead of resistance, the U.S. Embassy in Japan got cards and letters from embarrassed Japanese citizens and the Japanese government issued an apology.

The Japanese government continued to claim the attack was an accident. Even so, it reprimanded officers and agreed to compensate the Panay crew. Fon Huffman got $1,200 — the equivalent of a year and a half's salary — and used some of the money to buy a car.

Huffman continued serving in the Navy until he retired in 1949. Tex Anders, the Panay's executive officer, eventually retired because of his injuries.

Members of the crew were recognized as heroes, and Spark says the apology and the money prevented the incident from escalating.

"That and it was Christmastime in the United States, and very few people wanted to spend Christmas worrying about whether the U.S. and Japan were going to go to war over this incident," Spark says.

The USS Panay Memorial Website
'Two Japans': Japanese Expressions of Sympathy and Regret in the Wake of the Panay Incident