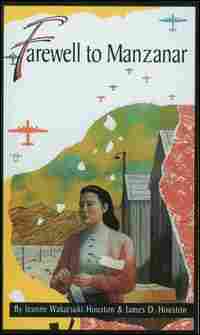 Author Jeanne Wakatsuki Houston was 7 years old when her father, a fisherman in Ocean Park, Calif., was taken away without explanation by the FBI immediately following the bombing of Pearl Harbor. Several months later, his family learned he was imprisoned in a federal prison in Fort Lincoln, N.D. Jeanne, the youngest of 10 children, was interned with her family in Manzanar, a bleak, barren camp of tar paper shacks in California's Owen Valley desert. The following is an excerpt from the book Farewell to Manzanar by Jeanne Wakatsuki Houston and James D. Houston.

Papa never said more than three or four sentences about his nine months at Fort Lincoln. Few men who spent time there will talk about it more than that. Not because of the physical hardships: he had been through worse times on fishing trips down the coast of Mexico. It was the charge of disloyalty. For a man raised in Japan, there was no greater disgrace. And it was the humiliation. It brought him face to face with his own vulnerability, his own powerlessness. He had no rights, no home, no control over his own life. This kind of emasculation was suffered, in one form or another, by all the men interned at Manzanar. Papa's was an extreme case. Some coped with it better than he, some worse. Some retreated. Some struck back.

During that first summer and fall of sandy congestion and wind-blown boredom, the bitterness accumulated, the rage festered in hundreds of tarpapered cubicles like ours. Looking back, what they now call the December Riot seems to have been inevitable. It happened exactly a year after the Pearl Harbor attack. Some have called this an anniversary demonstration organized by militantly pro-Japan forces in the camp. It wasn't as simple as that. Everything just came boiling up at once.

In the months before the riot the bells rang often at our mess hall, sending out the calls for public meetings. They rang for higher wages, they rang for better food, they rang for open revolt, for patriotism, for common sense, and for a wholesale return to Japan. Some meetings turned into shouting sessions. Some led to beatings. One group tried to burn down the general store. Assassination threats were commonplace.

On the night of December 5, Fred Tayama, a leader in the Japanese American Citizens League and a "Friend" of the administration, was badly beaten by six men and taken to the camp hospital for treatment. Tayama couldn't identify anyone precisely, but the next day three men were arrested and one of these was sent out of the camp to the country jail at Independence, ten miles away. This was a young cook well known for his defiance and contempt for the authorities. He had been trying to organize a Kitchen Workers' Union and had recently charged the camp's chief steward, a Caucasian, with stealing sugar and meat from the warehouses to sell on the black market. Since sugar and meat were both in short supply, and since it was rumored that infants had died from saccharin mixed into formulas as a sugar substitute, these charges were widely believed. The young cook's arrest became the immediate and popular cause that triggered the riot.

I was too young to witness any of it. Papa himself did not take part and he kept all of us with him in the barracks during the day and night it lasted. But I remember the deadly quiet in the camp the morning before it began, that heavy atmosphere threat of something about to burst. And I remember hearing the crowds rush past our block that night. Toward the end of it, they were a lynch mob, swarming from one side of the camp to the other, from the hospital to the police station to the barracks of the men they were after, shouting slogans in English and Japanese.

"Idiots," Papa called them. "Bakatare. They want to go back to Japan."

"It is more than going back to Japan," Mama said. "It is the sugar. It disappears so fast..."

"What do they think they will find over there?"

"Maybe they would be treated like human beings," Mama said.

"You be quiet. Listen to what I am saying. These idiots won't even get to the front gate of this camp. You watch. Before this is over, somebody is going to be killed. I guarantee it. They might all be killed."

The man who emerged as leader of the rioters was Hawaiian born Joe Kurihara. During the First World War he had served in the U.S. Army in France and in Germany, and he was so frustrated by his treatment at Manzanar he was ready to renounce his citizenship and sail to the old country. Kurihara's group set up microphones and speakers near the cook's barracks and began a round of crowd-stirring speeches, demanding his release, charging that Tayama and the administration had used this beating to cover up the sugar fraud and saying it was time to get the inus once and for all.

That afternoon the authorities agreed to bring the young cook back into camp. But this wasn't enough. By 6:00 PM 2,000 people were looking for blood. The Internal Security Force, made up of internees like the demonstrators, had evaporated in the face of such a mob. For a while they had the camp to themselves.

They split into two groups, one heading for the police station to free the cook, the other heading for the hospital to finish off Tayama, who had been concealed under a hospital bed. A vigilante party searched the corridors. When they failed to find their man, this half of the crowd moved off in search o others on their "death list."

Meanwhile the mob heading for the police station had been met by a detachment of military police carrying submachine guns and M-1s. When an army captain asked the mob to disperse they stoned him. Now they were hooting "Banzai!, jeering threats at the MPs and singing songs in Japanese The MPs started lobbing tear gas bombs, and then, with no announcement or command to shoot, while the mob swirled frantically to escape the gas, several soldiers opened fire.

This instantly cleared the street, and the riot was over. Only the dead and the injured remained. Ten were treated in the hospital for gunshot wounds. One young man was killed on the spot. Another nineteen-year-old died five days later.

What I recall vividly are the bells that began to toll late that night. After dispersing, some of the demonstrators organized shifts, and kept them tolling all over camp. With the bells and the MP jeeps patrolling up and down the streets, I was a long time getting to sleep. Against Papa's orders I kept sneaking looks out the window, and I saw something I had only seen once before. The searchlights. They operated every night, but I never saw them because I went to bed so early and our block was well in from the perimeter. From the guard towers the lights scanned steadily making shadows ebb and flow among the barracks like dark, square waves.

The next morning I awoke long after sunup. The lights were gone. Shadows were sharp and fixed. But the bells were still ringing. It was the only sound in camp, the only sound in Owens Valley, the mess hall bells, their gongs echoing between the Inyo Range and the nearby Sierra, their furthest ripples soaking into dry sand. They rang till noon. 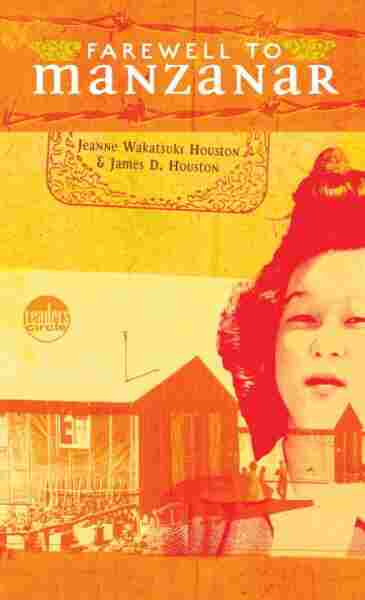