Accessibility links
Timeline: The Life of the Blog Personal journals and professional logs, concepts rooted in ancient times, are two types of precursors to the modern blog. Read a timeline tracking the development of the blog as we know it today.

Timeline: The Life of the Blog

Timeline: The Life of the Blog 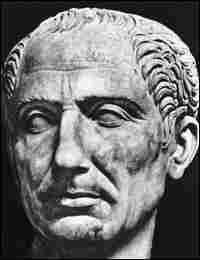 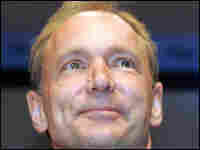 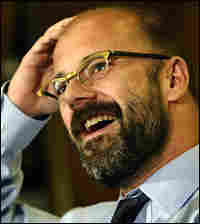 In 2001, Andrew Sullivan was one of the first big-name bloggers to emerge. David McNew/Getty Images hide caption 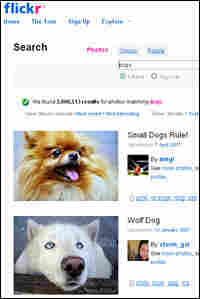 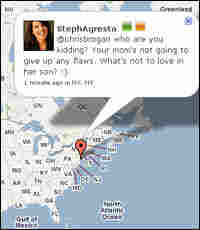 Personal journals and professional logs, concepts rooted in ancient times, are two types of precursors to the modern blog. Here's a timeline tracking the development of the blog as we know it today, including the relevant progress of online interactivity, beginning with the launch of the Internet:

1967: The Internet is invented. Most people don't begin to take notice until 25 years later.

1979: The birth of USENET, a decentralized system of discussion boards, forming the basis of some of the Internet's oldest online communities.

1983: Brian Redman creates mod.ber, a USENET discussion through which he and his friends post summaries of interesting things they find online and offline.

1984: The creation of Listserv, the first e-mail discussion group software.

1986: The launch of Cleveland Freenet, one of the first "community networks" through which residents could post community updates and discuss local issues.

1989: Tim Berners-Lee, a researcher at the CERN particle physics laboratory in Switzerland, proposes the development of the World Wide Web as a way to share information with colleagues.

1992: Tim Berners-Lee launches the first Web site. Among his publishing innovations that year is the "What's New" page informing readers about new information related to the Web site.

1994: Claudio Pinhanez of MIT publishes his "Open Diary," a Web page documenting goings-on in his life. At the same time, online diarist Justin Hall would gain notoriety for creating a "personal homepage" on the Web covering his day-to-day activities in very revealing — and occasionally embarrassing — detail.

1994: Brian Lucas launches travel-library.com, a collection of online travel journals submitted by the public to the rec.travel USENET group.

1996: Thousands of people use the Internet to collect photographs of people whose lives were affected by the Internet as part of a project known as 24 Hours in Cyberspace, an early experiment in collaborative photo blogging.

1999: The development of RSS, or Really Simple Syndication. RSS makes it easier for people to subscribe to blog posts, as well as distribute them to other sites across the Internet, using tools such as the early news aggregator, Dave Winer's Radio UserLand.

2001: Big-name bloggers begin to emerge, including Andrew Sullivan and Glenn Reynolds, aka Instapundit.

2002: Bloggers focus their attention on comments made by Sen. Trent Lott (R-MS) at a birthday party for Sen. Strom Thurmond (R-SC) that appear to endorse segregation. After intense coverage in the blogosphere, the story spreads throughout the media, forcing Lott to resign his leadership position in the Senate.

2002: The launch of Technorati, one of the first blog search engines, making it possible for people to track blog conversations on a continuous basis.

2003: The creation of Audioblogger, which allowed users to record a voicemail over their phone and have it posted on their blog.

2003: Iranian Vice President Mohammad Ali Abtahi launches his own blog, well before many U.S. politicians catch on to the idea.

2004: Ben Hammersley, in an article for the UK Guardian newspaper, describes the technique used by Lydon, Winer and others as "podcasting."

2004: Videographer Steve Garfield launches his video blog and declares 2004 "The Year of the Video Blog," more than a year before the birth of YouTube.

February 2004: The launch of Flickr, a photo-sharing community that helps popularize photo blogging.

2004: Bloggers play a major role in covering the presidential campaign and promoting presidential candidates, particularly Democratic candidate Howard Dean. A number of them are credentialed to participate in the Democratic National Convention in Boston. Dan Rather resigns following pressure from conservative bloggers who documented inconsistencies in a CBS story about President George W. Bush's military service record.

2005: Rebecca MacKinnon and Ethan Zuckerman of Harvard's Berkman Center launch Global Voices, an international network of bloggers aggregating local and regional news stories around the world that aren't being covered by mainstream media.

2006: The launch of Twitter, one of the first "micro-blogging" communities that allows user to publish and receive short posts via the Web, text messaging and instant messaging.

2006: Research report from the Pew Internet and American Life Project estimates that 12 million U.S. adults publish their own blogs.

2007: Technorati reports it is tracking more than 112 million blogs worldwide.