Accessibility links
Choreographers to Watch in the New Year A handful of taste-makers in the competitive dance world have nominated exceptional dancers and choreographers — from ballet, to modern, to hip-hop — who they believe will emerge from the crowd in 2008.

Listen
Choreographers to Watch in the New Year 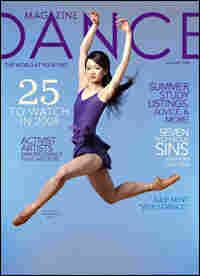 Kumiko Tsuji of the Pittsburgh Ballet landed a spot on the cover of Dance Magazine's "25 to Watch" issue this year. hide caption 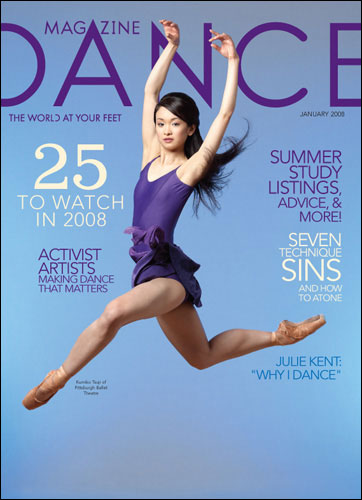 Kumiko Tsuji of the Pittsburgh Ballet landed a spot on the cover of Dance Magazine's "25 to Watch" issue this year. 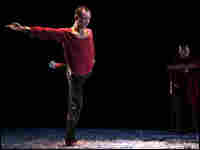 A performance of Re-, choreographed by Shen Wei. "Because I'm a painter," Wei says, "I want to see how dance movement relates to music, and also how music and dance relate to visual art." Briana Blasko hide caption 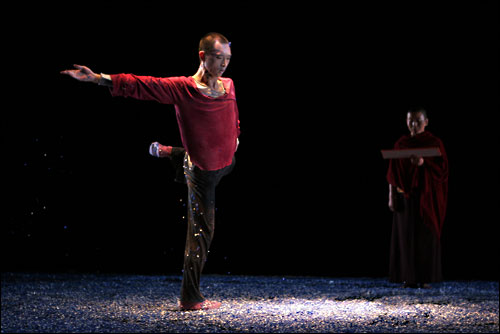 A performance of Re-, choreographed by Shen Wei. "Because I'm a painter," Wei says, "I want to see how dance movement relates to music, and also how music and dance relate to visual art." 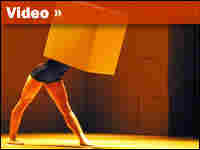 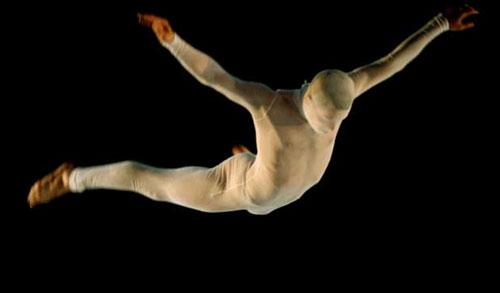 Inspiration for Inbal Pinto and Avshalom Pollak's piece, Shaker, came from glass snow globes. "We used the imagery of melting ice," Pollak says, "The piece starts off in a frozen state, and slowly, the ice breaks." 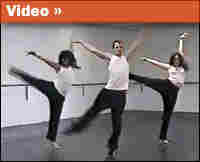 Tony Testa's breakthrough career move was making this video of himself at 16, dancing his own choreography. hide caption

Music Behind the Motion

Hear the full audio of the music in this piece:

'Water from the Same Source' by Rachel's

'Nothin' But the Blues' by Etta Cox

For one Broadway musical as many as 1,000 dancers will show up to audition for — at most — 20 spots. What makes a dancer or choreographer stand out among the rest? A handful of taste-makers in the dance world have nominated exceptional artists who they believe will emerge from the crowd in 2008.

As editor-in-chief of Dance Magazine, Wendy Perron estimates she sees about 20 dance performances per month. She is constantly on the look out for special talents. Perron and her staff recently finished Dance Magazine's annual "25 to Watch" issue, which covers a wide range of styles, from tango to hip-hop. One of those dancers, Pittsburgh Ballet's Kumiko Tsuji, landed a spot on the cover.

"She looks like a little springy doll so you can't miss her on stage," says Perron, who has been keeping an eye on Tsuji ever since she first saw her in 2005. This year Perron caught a glimpse of Tsuji in an impromptu solo performance of a jazzy piece by Dwight Rhoden called Smoke 'n' Roses.

"She just kind of slithered through it," Perron says, "She would do this little twist in her hips and then the leg would extend and then she'd be pirouetting and you wouldn't really know what happened but you'd seen this very detailed, fluid movement. She just fascinated me."

In August, Tsuji was promoted to principal dancer with the Pittsburgh Ballet.

Much like a writer and director of a movie, a choreographer crafts the ideas and storylines of a dance.

Choreographer Shen Wei has a background in Chinese opera and is also a painter. Those influences make him one of today's most exciting artists, says Jodee Nimerichter, artistic director of the American Dance Festival.

"When you go to see one of his works, you're taken to a world that is a dream-like fantasy, someplace you haven't gone before," says Nimerichter.

In 2008, Shen Wei Dance Arts performs a piece called Re- as in "revisit" or "rediscover," inspired by Wei's travels to Tibet. Wei was awarded a MacArthur Foundation grant in 2007.

'A Unique Way of Putting It All Together'

American choreographer Alvin Ailey founded what became one of the most iconic modern dance institutions in the world. Years after Ailey's death, his company continues to churn out stars.

Lula Washington — founder of the Lula Washington Dance Theater in Los Angeles — singles out Christopher Huggins, an Ailey alumnus, as someone to watch in 2008.

"His work is very rooted in ballet, modern and jazz," Washington says. "He has a unique way of putting it all together that's breathtaking when you see it."

This spring, the junior company Ailey II premieres Christopher Huggins' newest work, When Dawn Comes. Huggins describes it as "a lyrical piece about searching for something better."

'Images That Have a Dream-Like Logic'

At the wildly imaginative company Pilobolus, everyone contributes choreography ideas, and the result is a stunning mix of intertwining bodies and muscular leaps. The choreography creates the illusion of a moving sculpture changing shapes seamlessly.

"When I first saw Inbal and Avshalom's work," says Barnett, "I was struck immediately by what I can only call their metabolism. It's a quick, very content-rich body of work. They dart from one idea to another and create wonderful images that have a dream-like logic."

This year Pilobolus and the Inbal Pinto Co. collaborated on an absurdist work called Rushes. One writer said that it is like what would happen if "Samuel Beckett met the Three Stooges."

'Vibe of the Street'

The most lucrative jobs in dance are in television — choreographing music videos and commercials. Dance coach and Tony winner Grover Dale runs answers4dancers.com, an information clearinghouse from Los Angeles. According to Dale, the hottest young dancer in Hollywood right now is a 20-year-old from Fort Collins, Colo., named Tony Testa, who is currently choreographing for Janet Jackson. Dale says Testa brings formal training in jazz, tap and ballet to his work.

"There's a freedom in his hip-hop," Dale says. "It has this vibe of the street. At the same time he installs moments in it that show real line and real technique. Hip-hop itself is morphing into so many different styles. It's getting influenced by people like Tony who have real dance training."

Testa's breakthrough career move was making a video of himself dancing his own choreography when he was 16. The film wound up in the hands of Jackson.

That stroke of luck made all the difference in a world where talent alone is not enough to get noticed.