Accessibility links
Merit Pay for Denver Teachers Gets Mixed Reaction Some instructors enjoy a salary boost under the merit-pay program, while others say it will hurt new teachers over the long run. Most teachers still work under the old seniority system, but there's an air of inevitability to incentives-based pay. 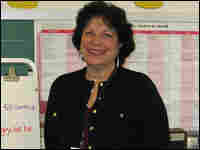 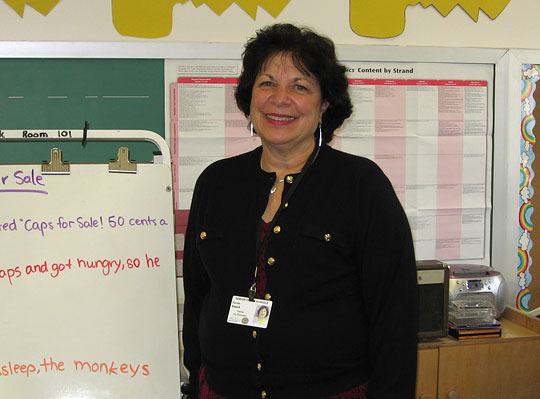 Ellis Elementary School has a large immigrant population, but Procomp does not give teachers here a pay incentive. Disparities on how incentives are awarded has created resentment in Denver. Larry Abramson, NPR hide caption 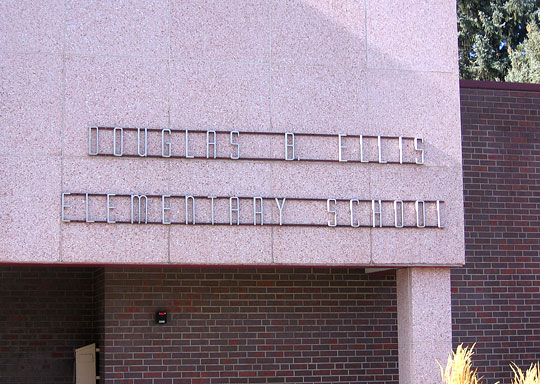 Ellis Elementary School has a large immigrant population, but Procomp does not give teachers here a pay incentive. Disparities on how incentives are awarded has created resentment in Denver. 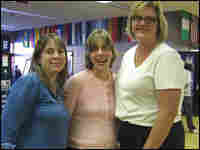 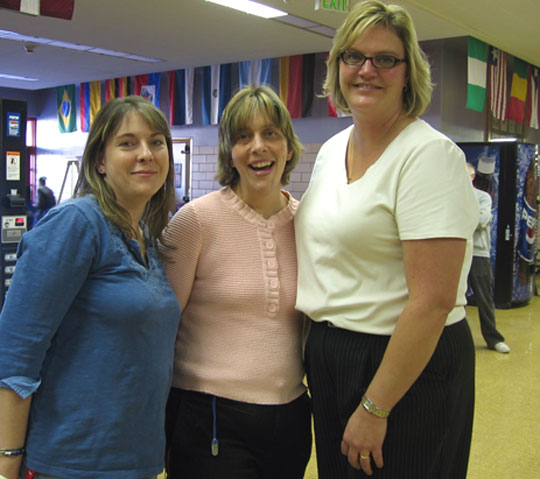 For decades, the nation's teachers could count on at least one constant — the longer they served, the more they'd earn. But now, that's changing, thanks to relentless pressure to improve student achievement.

In a growing number of schools, teachers' future earnings now depend on how well they teach.

Denver has become a pioneer when it comes to performance pay.

In 2005, the voters of Denver were asked to approve a $25 million funding boost in teacher pay. They said yes, but they wanted something in return, according to Denver Mayor John Hickenlooper.

"Teachers are underpaid, I don't think anyone argues that. But given the sentiment of the public, if they want to have taxpayers vote more taxes, they're going to have to give some dramatic change in the way they go about teaching," Hickenlooper said.

So Denver has boosted pay, but have the teachers changed instruction?

In one first-grade classroom at Ellis Elementary School in Denver, kids speak Burmese, Turkish, Spanish and Russian. One student named Leo is learning how to write a story about his favorite subject: cats.

"I have a cat named Hairball," he says with a grin, "but in Russian we call it Zheka."

Teacher Bonnie Staack, a 20-year veteran, knocks herself out for these kids. But in the past, her energy was not reflected in her pay. Now, it is, and that's one reason Staack is bullish on Denver's new pay system, known as Procomp.

In fact, she helped design it.

"I thought that there has to be a way for teachers to make more money," Staack said. "I think the teaching profession period has volunteered and donated so much of their time, even before we had Procomp. I think teachers need to stand up and say, 'We do need pay.'"

Staack added about $2,000 to her base salary last year, thanks to Procomp. As a long-term teacher, Staack had reached the top of the pay ladder under the old seniority system. But under Procomp, with extra effort, she can earn more now.

Like other pay systems, Procomp is meant to attack many different problems at once. That means that performance pay often gives with one hand and takes away with the other.

"Because the teacher speaks Spanish, she gets an extra stipend. I don't speak Spanish, but I teach children from all over the world, and I don't get a stipend for that," Staack said.

Procomp is also supposed to reward schools and teachers who raise test scores from year to year. But in immigrant neighborhoods, students keep changing schools when local rents go up. Teachers have to keep starting over with new kids.

"You know, we don't want to have that mobility. We want to keep the children here so we can help them. So that makes it very difficult to meet our standards," Staack said.

And one of the ways teachers can earn extra money is by meeting the standards.

Procomp is a landmark for many reasons. Union reactions to these schemes has ranged from suspicious to downright hostile. But in Denver, the union helped design the plan.

And not surprisingly, teachers with more experience are more enthusiastic about what they get out of Procomp.

One of the teachers NPR interviewed said she earned an extra $3,800 in pay for a course she took decades ago. In fact, teachers can generally earn more money through coursework than they can by boosting student performance. That's despite the fact that a lot of research indicates that advanced degrees do not help student performance.

Just a few miles down the road at Merrill Middle School, social studies teacher Steve Eriksson is respected for his experience and command of his subject. Like many experienced teachers here, he did the math and signed up for Procomp. It's helping his salary, but he's not sure it is helping the district.

"New teachers, young teachers, in the long run are not going to make as much money under it. And we could be losing those teachers to other districts," Eriksson said.

In a revealing slip of the tongue, one new teacher at Merrill named Danielle Price refers to Procomp as "Procramp."

"I thought it was pretty crappy, to say the least," Price said. "When you come in as a new teacher, I was told my salary is $34,200." If she isn't able to meet her student growth objectives or take on professional development projects, she said, "I'm at $34,200 for a long time."

But talk to administrators in Denver schools, and you get a very different picture.

At 6 feet, 2 inches tall, Stacy Miller is a commanding presence in the halls at Merrill Middle. She's the principal, and she has no doubt that Procomp will help her turn around this failing school.

Miller has leveraged Procomp to attack her school's greatest weakness: low reading and math scores. She created a school-wide "Professional Development Unit," which provides an opportunity to study those low scores and design strategies to raise them.

Teachers who do this and who submit the paperwork can earn a small bonus under Procomp.

The vast majority of teachers still work under the old seniority system, but there's an air of inevitability to pay based on incentives.

Academics studying this trend say it's got legs.

"Join the rest of the world. I don't know what I'm going to earn next year either. I think that's the case for most of the workers in the workforce," Guthrie said. "What isn't predictable is how much more you're going to be paid. I understand the desire for certainty, but very few of us have that."

As momentum behind performance pay builds, academics who are studying these systems may be in a growth industry. With each district concocting its own pay formula, the debate over which system works should keep those in the ivory tower busy for decades.