Accessibility links
'Web Log' Celebrates 10th Anniversary Ten years ago, the phrase "Web log" — which was then shortened to "blog" — was born. Now there are more than 100 million blogs, and about 100,000 new blogs are created daily. 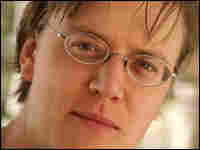 Ten years ago, the phrase "Web log" — which was then shortened to "blog" — was born.

In a week-long series, NPR takes a look at the evolution of the blogosphere and to find out who's blogging, examine the language and culture of blogs, and find out how blogs are changing our lives.

According to Sreenath Sreenivasan of Columbia Journalism School, there are more than 100 million blogs and 100,000 new blogs are created daily. However, he adds, most are read by only the writer and his mother.

Blogs have no doubt had an impact on American culture and especially on politics. According to Mark McKinnon, media adviser to the 2000 and 2004 Bush presidential campaigns, "some blog-related story" will change the course of the 2008 election. McKinnon, now an adviser to GOP presidential candidate Sen. John McCain (R-AZ), remembers that in 1999 and 2000, no one working on the Bush campaign even had a Blackberry. Fast-forward to 2008, and candidates have to assume that anything he or she says will be picked up and moved into the blogosphere.

When you hang out with bloggers, it's usually just a matter of time before people start asking each other when they started blogging.

For lots of folks, the answer is easy — they just look up the date of their very first post. As for myself, it's a bit more complicated than that. I'm never sure whether to say 1994 or 2003; it all depends on how you look at it.

In June 1994, I came to Washington, D.C., on a postgraduate fellowship. My job was, well, nebulous; essentially, I was encouraged to keep busy on projects that interested me. So, I began writing a series of articles on what would happen if every school had Internet access.

After a few months of doing this, I realized there wasn't much of a chance that I could get published in a research journal, as I wasn't exactly a known quantity. So, I decided to publish them myself. I spent a bit of time learning HTML, the coding language for publishing Web sites. It required a bit of work, but I managed.

By October 1994, I published my articles under the most uninspired of names — EdWeb. I then began receiving e-mails from educators interested in chatting about technology. It didn't seem to matter to them that I wasn't an "expert" in the traditional sense of the word. Occasionally I'd get dismissive "who does this kid think he is" comments from snobs who didn't like the idea that anyone could publish online. But I took those remarks with a grain of salt.

Eventually, I realized I was having a hard time keeping up with these correspondences, so I decided to do two things. In early November of that year, I set up an e-mail discussion group called WWWEDU and encouraged people who wanted to talk about the role of the Web in education to join it. I also added a new page to my Web site — a "personal homepage" where I could post updates about whatever was new in my life. Since Internet access was slow and at a premium, I decided to call the page Andy Carvin's Waste of Bandwidth.

The goal of this page, to be honest, was to make my life easier. When people wanted to know what I was up to, I could tell them, "Go here." I'd use the page to post updates on a periodic basis, following the model of similar "What's New" pages you could find on the Web. If I had something new to say, I'd edit the code and add the update to the top of the page, pushing everything else down. And if the page got too long, I'd lop off the oldest update and — poof — it was pretty much gone forever.

Frankly, I wasn't too keen on updating folks too often. I wasn't like one of those hyper-prolific guys like Justin Hall, the student who in 1994 started publishing an online diary of every detail of his life, much of which easily qualified as "Too Much Information" and "Not Safe for Work." I kept my updates to a few times a month at most. The one exception would be when I was traveling. I enjoyed spending my vacations journaling about my travel experiences. Starting in 1995 with a trip to the Middle East, I'd carry along a paper journal and write a daily diary. I'd then take the added step of typing up my notes and distributing them online. Usually, I'd post them on a travel forum known as rec.travel, as well as on my Web site. That way, I could get feedback from fellow travelers while giving access to friends and family.

Over the next eight years, I'd repeat this cycle again and again, posting my personal updates and journal entries. I also became a columnist with an education journal, giving me an outlet for professional writings. As time passed, I started noticing how some of my fellow travel diarists had switched to Web publishing tools that made it easier for them to get their content online. Some of these tools would even allow people to publish their thoughts in a journal-like format. At some point in 1999 I remember reading the word "blog" on one of these sites and thinking what an ugly, ugly word it was. Perhaps a better word or phrase would come around. Digital pamphleteering. Homespun media. Journalistas. Something. Anything would be better than "blog," which reminded me of General Zod in Superman II and his famous line, "Kneel before Zod!"

"Kneel before blog!" No thank you.

In fact, I got really snooty about the whole thing. This new generation of Web publishers had it too easy. They didn't have to toil and stress over the laborious process of editing Web pages by hand. They didn't have to learn the underlying mechanics of Web sites. They didn't appreciate the history of early Web publishing. They just wanted to write. And talk. And write some more. Who did these kids think they were?

I managed to maintain this heightened state of arrogance for several more years. Having been a part of the first wave of independent Web publishers, I was skeptical of the contributions of the second wave. Meanwhile, I had my outlet as a columnist, despite the fact I had to pitch my ideas before getting to publish them — something I never had to do on my own Web site. I'd become like the very critics who mocked my own excursions in online publishing.

But the more I read of these young upstarts, the more I noticed that some of them were actually good at what they did. Sometimes very good. Sure, there were lots of folks just writing about their cats or whatnot, but there was a growing amount of really stellar content. And because these bloggers didn't have to waste their time coding pages by hand or getting permission to publish, they could concentrate on something far more important — expressing their ideas, the way they wanted to express them. Even though I'd spent years arguing how the Internet would democratize opportunities to create knowledge and impact civic discourse, I was denigrating the very tools that were finally making this revolution a reality.

By 2003, I concluded that my stubbornness — OK, hypocrisy is more apt — could go no further. I created an account on Blogger.com and began moving every bit of material from my personal homepage into it. That is, when I could find it. A lot of stuff simply got lost in the ether because of my poor choice of deleting old postings without backing them up. Thankfully a number of those posts survived on different parts of the Internet, like discussion boards and sites like archive.org, allowing me to curate nearly nine years of musings, travel stories and mundane life updates. Andy Carvin's Waste of Bandwidth, the personal homepage, was retired and reborn as a blog.

Since that fateful day in 2003, I've published more than 1,500 posts. No longer constrained by the limits of my technology skills, I can publish what I want, whether it is text, audio or video. Blogging has allowed me to participate in public dialogues ranging from Katrina response efforts to the merits of public art.

And I'm not alone. Though it's impossible to pin down an exact number, there are tens of millions of bloggers worldwide today. Probably more than 100 million. Who do they think they are? Just people who want to participate in a global conversation — and perhaps make a difference as well.

Andy Carvin is senior strategist for online communities at NPR.