Accessibility links
Home for the Holidays When Arar Han's parents moved back to their native Korea, she wondered what would happen to their annual family gatherings. But their desire to be together affirmed Han's belief in going home for the holidays — regardless of where "home" might be.

Home for the Holidays

Home for the Holidays 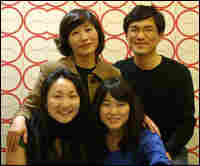 Arar Han (front left) with her family in Seoul for the holidays. Han is the co-editor of Asian American X: An Intersection of 21st Century Asian American Voices. She is a lecturer on identity issues, consults on building culturally inclusive practices, and is pursuing an MBA at Stanford University. hide caption 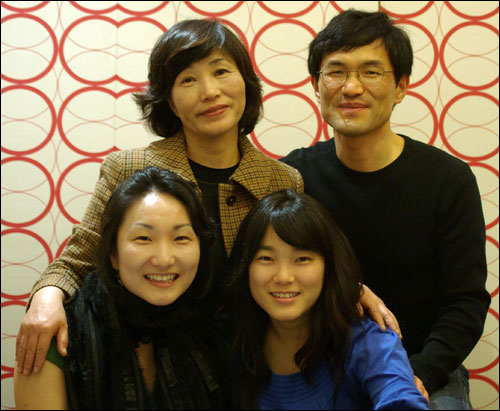 Arar Han (front left) with her family in Seoul for the holidays. Han is the co-editor of Asian American X: An Intersection of 21st Century Asian American Voices. She is a lecturer on identity issues, consults on building culturally inclusive practices, and is pursuing an MBA at Stanford University.

My family immigrated here when I was five. And for 21 years, my family has been a four-member team in our quest for the American Dream. As my father pursued his Ph.D., I was educated and socialized into American life, quickly adopting the English language alongside my native Korean. So I became our family's honorary business manager. In third grade, I'd help my mother match double coupons with supermarket sales, stretching our food stamp dollars just a little bit further. When someone stole Susie's new markers at school, I wrote a letter to her first-grade teacher asking her to set things right. I called the electric company when the power went out.

My family has been bound by choice as well as blood and necessity. We've grown to like one another as people and have become friends as well as kin. We protected one another from people who could be startlingly prejudiced. And as we learned to become American, we were one another's support. It was inspiring, it was warm and it was fun.

It never occurred to me that my parents could ever leave our American home. My father was in the final stages of becoming a U.S. citizen. My mother was deeply involved at church. Susie was still in college. But on the eve of our 20th anniversary in the United States, my parents packed up our belongings and moved back to Korea.

The first days were hard. I felt empty and so afraid. What if living so far apart meant that we would grow apart? What if the distance made us lose that daily context? But as days became weeks, I somehow adjusted. Then the holidays came. Standing on the curb at the Seoul airport, I felt sick with worry: Would I ever feel at home in my parents' new home in Bundang? I was born there but it had become a foreign land.

It wasn't long before I found my answer. Each night we chatted away at the dinner table in my parents' tiny corporate condo. I felt, bit by bit, the cozy familial energy I've always associated with home. The knot in my stomach loosened. We were the same. It was just the backdrop that had changed.

Trust, warmth and love: I learned these first with my family in the United States. And in my parents' new home halfway around the world, I learned that these are values that travel well. I believe that home is not a location but a commitment to the ones I love. Wherever my family is next holiday season, I'll be there, too.

Independently produced for NPR.org by Jay Allison and Dan Gediman with John Gregory and Viki Merrick.