Accessibility links
Ahmed Rashid on the Benazir Bhutto Assassination Pakistani journalist Ahmed Rashid, a regular guest on Fresh Air, returns to discuss developments in Pakistan, where former Prime Minister Benazir Bhutto died today after an attack at a political rally that also killed at least 20 others. 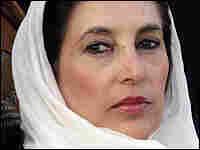 Benazir Bhutto surveys the crowd at a political rally in Rawalpindi, Pakistan, on Thursday. As the rally broke up, Bhutto was shot by a gunman who then blew himself up. Aamir Qureshi/AFP/Getty Images hide caption 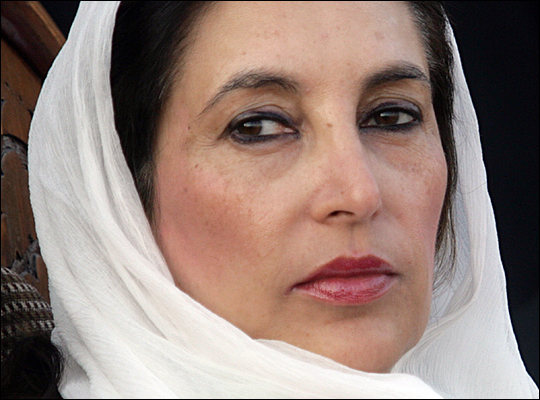 Benazir Bhutto surveys the crowd at a political rally in Rawalpindi, Pakistan, on Thursday. As the rally broke up, Bhutto was shot by a gunman who then blew himself up.

Pakistani journalist Ahmed Rashid, a regular guest on Fresh Air, returns to discuss developments in Pakistan, where former Prime Minister Benazir Bhutto died after an attack at a political rally that also killed at least 20 others.

Bhutto recently had returned to Pakistan from an eight-year exile to challenge President Pervez Musharraf for the country's leadership.

Ahmed Rashid covers Pakistani politics and culture for various Western publications; he has written extensively about the rise of Islamic fundamentalism in the country. 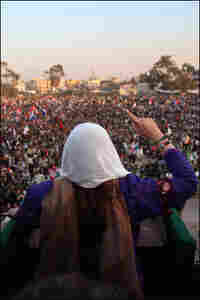 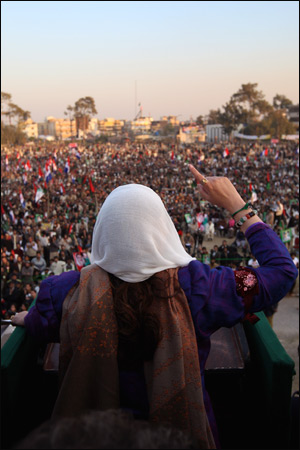 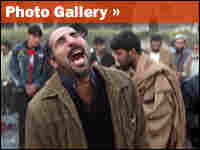 Photo Gallery: Minutes Before and After Attack on Bhutto

An explosion, gunshots, a frantic rush to the hospital. At first, details of the events surrounding the assassination of Benazir Bhutto were sketchy and contradictory, but a sharper picture of what transpired on this historic day in Pakistani politics is beginning to emerge.

Bhutto died doing what she loved doing and what Pakistanis demand of their politicians: addressing a large rally, pressing the flesh. Thursday's event was especially crucial, coming less than two weeks ahead of parliamentary elections scheduled for Jan. 8.

The setting was a park in Rawalpindi, a bustling market town and headquarters for the powerful Pakistani Army. Crowded and colorful, Rawalpindi could hardly be more different from the planned and sterile Pakistani capital of Islamabad, only eight miles to the north.

Security at Thursday's rally was heavy, with hundreds of riot police guarding the event and Bhutto. But political rallies in South Asia are boisterous affairs, and complete security is probably impossible, analysts say.

The rally drew a crowd estimated at between 5,000 and 10,000 people — a relatively small gathering by Pakistani standards. Bhutto had just finished addressing the rally and was getting into her vehicle when a man on a motorcycle approached her and opened fire. He then detonated explosives, killing himself and at least 17 others, according to eyewitnesses.

Paramedics rushed Bhutto to a hospital, where she was pronounced dead at 6:16 p.m. It was unclear if the gunshots or bomb explosion killed the charismatic 54-year-old Pakistani politician.

This was Bhutto's first visit to Rawalpindi since returning from an eight-year exile in October. She had been warned by President Pervez Musharraf and other Pakistani officials not to campaign so publicly. In October, Bhutto had narrowly escaped an assassination attempt when a suicide bomber blew himself up near Bhutto's motorcade as it wound its way through the streets of Karachi. At least 139 people were killed in that attack, one of the country's deadliest.

But Bhutto remained defiant. "I put my life in danger and came here because I feel this country is in danger. People are worried. We will bring the country out of this crisis," Bhutto told Thursday's rally, according to the Reuters news agency.

Bhutto had complained that the Pakistani security forces were not protecting her sufficiently and implied that elements within the Musharraf government may have been plotting against her. She wondered aloud why the street lights went out in Karachi shortly before the assassination attempt in October.

Bhutto was killed just a few miles from the scene of her father's violent death 28 years earlier. He was executed by hanging in 1979 on charges of conspiracy to murder. Supporters say those allegations were politically motivated and trumped up by the then-military regime.