Accessibility links
Muslim Activist Critical of 'Multicultural Mistake' Women's rights lawyer Seyran Ates, a Turk who grew up in Berlin, blames the rise of political Islam in Europe in part on what she calls excessive tolerance of repressive traditions in minority cultures and a widespread resistance to integration.

Second in a six-part series. 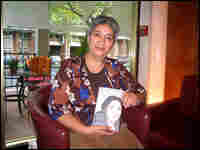 Human rights activist/lawyer Seyran Ates was named Germany's woman of the year in 2005 for her work in defense of Muslim women in immigrant communities. hide caption 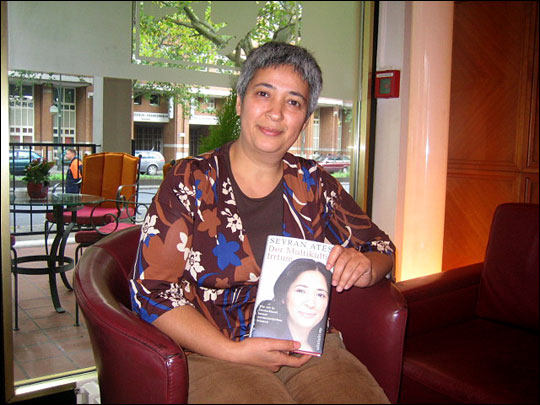 Human rights activist/lawyer Seyran Ates was named Germany's woman of the year in 2005 for her work in defense of Muslim women in immigrant communities.

Seyran Ates is a prominent women's rights lawyer in Berlin. A German of Turkish origin, she has been forced to abandon her legal practice because of death threats from Islamic radicals.

Ates is a vehement critic of what she calls an excessively benign Western attitude toward the growing influence of political Islam in Europe.

A petite 44-year-old woman with lively dark eyes and an exuberant manner, Ates grew up in a Turkish patriarchal family in Berlin.

She learned German quickly and wanted to be an active member of German society. But the only option for young, curious daughters of strict Muslim immigrants was to break with their families.

A Break with Tradition

At 17, Ates ran away from home and sought refuge in a shelter for battered women. Coming from a family tradition where, she says, women have no rights, at first she found that even the smallest decision caused great anguish.

"To open the magazine and looking for a movie what you want to see, these were really big problems for me in the first half-year," she says. "I need to understand I can open magazine and look for a movie, and say in this cinema I want to go. In the age of 18 I have to learn that."

Only three years later, while she was living at a women's center, a band of Turkish youths broke in and started firing guns. Ates was shot in the throat. The woman next to her was killed.

Ates vowed she would become a lawyer and fight for women's rights, and that no man would spoil her dream.

Woman of the Year

In 2005, Seyran Ates was named Germany's woman of the year for her work in defense of Muslim women in immigrant communities.

While defending Muslim women for the last two decades, she's been insulted and threatened by her clients' husbands and relatives. She was always able to brush it off, until last year.

As she was about to enter a Berlin courtroom with a client filing for divorce, the husband assaulted the two women. The man called the lawyer a whore, shouting, "What ideas have you put in my wife's head?" Ates says.

None of the many onlookers offered to help the women.

Ates says that brazen incident in public, at a time when she sees increasing Islamization in Europe, convinced her she had to shut down her practice. As a single mother, she says, her life and that of her young daughter have priority.

Ates blames the rise of political Islam in Europe in great part on what she calls excessive tolerance, both by the left and the right, of repressive traditions of minority cultures — and a widespread unwillingness to integrate immigrants into mainstream society. She calls it the "Multicultural Mistake," also the title of her recently published book.

Forced marriages, she says, are locking up German-born Muslims in separate Islamic enclaves.

There are tens of thousands of women so isolated from German society that they're unable even to call an ambulance.

"We have in the third generation children who do not speak very well German," Ates says. "They cannot speak very well their own language — they are not integrated in the culture, they do not even know how big is the city in which they live in."

Domestic violence and even honor killings take place behind walls of silence.

In Need of Help

Ates believes that German society is also responsible for not doing enough to help Muslim women who dare to scale those walls and break free from their family ties. At the few existing help centers, women suffering from depression have a two-year waiting period to see Turkish-speaking psychologists.

Ates says that victims from immigrant communities have particular problems and need their own shelters and specialized counseling.

"Western world can be very horrible for such a girl. She will come into a cultural shock when she come out of a traditional family and everybody say you are free now, do what you want. And that can be big identity conflict because she never learned to be free," she says.

Emancipated Muslim women in Germany are a minority. Most women remain silent. Ates says they don't ask for divorce because they live in fear that their husbands will kill them to protect the family honor. The issue of sexuality, she believes, is at the heart of the divide between the Western and Muslim worlds — and is what most worries the patriarchs of traditional Muslim families.

The status of Muslim women is the litmus test, Ates says, for integration of their communities into European societies.

But she believes the situation is getting worse in Germany, with more and more Muslim girls as young as six years old wearing headscarves, and more and more girls being kept away by their parents from sports and biology classes in school.

"If we don't stop the political-religious movement, I'm sure we have much more Islamization in Germany in next five to 10 years," she says. "If we are going to stop that movement and separate politics from religion, then we will have chance for Islam to be compatible with democracy."

A year after leaving her practice, Ates is ready to take up cases of Muslim women again. This time, however, she'll work behind the scene, and she'll stay far away from the courtroom.