Accessibility links
Bugs Bunny: The Trickster, American Style In this installment of NPR's In Character series, JJ Sutherland asks what makes Bugs Bugs — and decides that the bunny's mercurial nature is essential to his appeal. 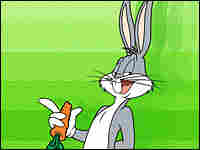 A hero, a bully, appealing, a little scary: Part of Bugs Bunny's appeal is in his contradictions. Warner Bros. hide caption 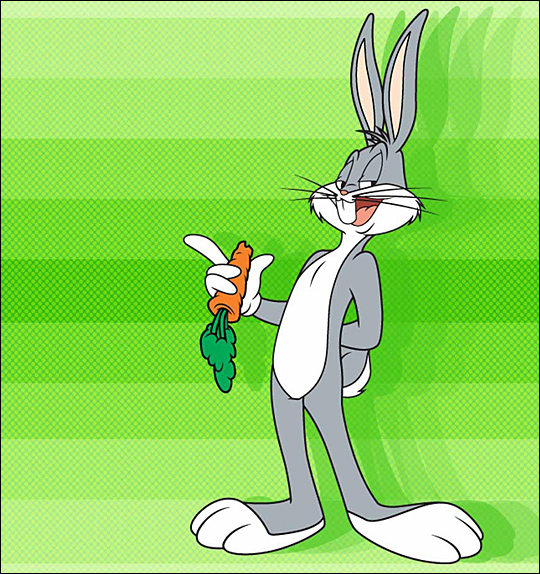 A hero, a bully, appealing, a little scary: Part of Bugs Bunny's appeal is in his contradictions.

'In Character' Blog: Weigh in on Bugs, Nominate a Character 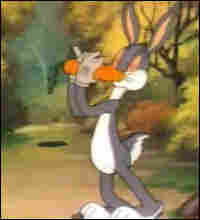 Bugs Bunny is one of the most popular, enduring and recognizable characters in the world. His trademark smirk and his ever-present carrot were born in the late 1930s; he exploded into fame during World War II, and became an indelible part of American culture ever after.

So what makes Bugs Bugs? Well, the bunny's mercurial nature is essential to his appeal. Bugs is nice, but a bit of a bully, appealing and scary, high culture and low; he morphs from one to the other seamlessly.

As Billy West, the current voice of Bugs Bunny, puts it: "He can quote Shakespeare and then tell you where there's a barroom in Brooklyn."

Bugs is a uniquely American expression of an ancient archetype — the Trickster.

"If you want to teach Folklore 101, and you need an example of a Trickster, Bugs Bunny is it," says Robert Thompson, director of a Syracuse University pop-culture studies program. "He defies authority. He goes against the rules. But he does it in a way that's often lovable, and that often results in good things for the culture at large."

Other famous tricksters: Puck in A Midsummer's Night's Dream, the Coyote in Native American mythology, the spider Anansi in West African stories, the Monkey King in Chinese culture. They're all characters who disregard every convention of their society, even of reality itself.

As Bugs himself said, about one of his own shenanigans: "I know this defies the law of gravity, but I never studied law."

Bugs Bunny gets a charge out of driving people crazy. And that may be why he lasts. He doesn't seem like a character of the '40s, but rather a character of today. His wisecracking, gender-bending, anti-authority antics broke ground long before punk rock, or David Bowie, or Jerry Seinfeld. He's impossible to pin down in any specific sense.

In fact the only way to truly describe Bugs Bunny is to simply show one of the cartoons, point at the rascally rabbit and say, "Him, in toto, not in parts. From high opera to bullfights, Shakespeare to Brooklyn, from man to woman ... he is all of those, and none."