Accessibility links
Cut the Nutri-Hype. Eat Real Food Have that burger, says author Michael Pollan, and honor the importance of pleasure in food. The author slices through the nutri-hype with his latest book, In Defense of Food: An Eater's Manifesto. Plus: Pollan reveals his own guilty pleasures. 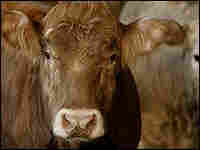 Have that burger, says author Michael Pollan, and honor the importance of pleasure in food. The author slices through the nutri-hype with his latest book, In Defense of Food: An Eater's Manifesto. "See if you can find a grass-fed burger," he advises. "It tastes better, and it's better for you, and it's better for the animal."

Pollan argues that our culture has an unhealthy obsession with eating right. "I'm trying to get people to relax about it a little," he says.

There are many reasons to make choices about what you eat beyond attempting to live longer, he argues. Among them is taking part in family and cultural rituals. The more rigid you become about your diet, the harder it is to eat what everyone around you is having. So eat unprocessed food, with an emphasis on plants, and don't eat too much. Don't eat anything your great-grandmother wouldn't recognize as food. Stay on the perimeter of a supermarket, where the meat, fish, produce and dairy products reside. The packaged goods — from sodas to sugary cereals — lurk in the middle.

Since he became a marquee name in the "slow food" movement with his 2006 book Omnivore's Dilemma, Pollan says he has noticed that he gets fewer invitations for supper — perhaps because people worry about what to serve him. But Pollan believes in eating what he's served. And he admits to having a couple of guilty pleasures, chief among them Cracker Jack and corn chips.

On our blog, an open thread: What's your "guilty pleasure" junk food? 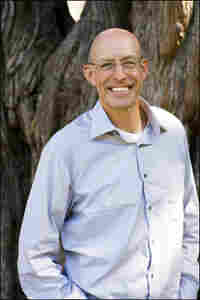 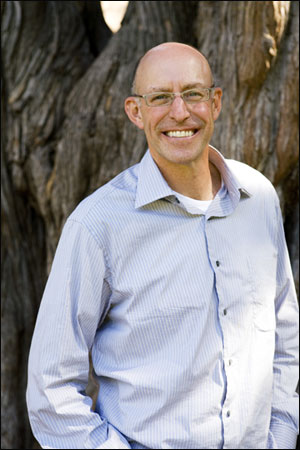 Michael Pollan, author of In Defense of Food, offers advice on how to eat to achieve maximum health.

An extended version of Steve Inskeep's interview with In Defense of Food author Michael Pollan.

In Defense of Food:
An Eater's Manifesto

"Eat food. Not too much. Mostly plants."

That's the advice journalist and author Michael Pollan offers in his new book, In Defense of Food.

"That's it. That is the short answer to the supposedly incredibly complicated and confusing question of what we humans should eat in order to be maximally healthy," Pollan tells Steve Inskeep.

The implication of Pollan's advice, however, is that what we're eating now isn't food.

"Very often, it isn't," he says. "We are eating a lot of edible food-like substances, which is to say highly processed things that might be called yogurt, might be called cereals, whatever, but in fact are very intricate products of food science that are really imitations of foods."

Pollan acknowledges that distinguishing between food and "food products" takes work. His tip: "Don't eat anything that your great-grandmother wouldn't recognize as food."

Take, for example, the portable tubes of yogurt known as Go-Gurt, Pollan says. "Imagine your grandmother or your great-grandmother picking up this tube, holding it up to the light, trying to figure out how to administer it to her body — if indeed it is something that goes in your body — and then imagine her reading the ingredients," he says. "Yogurt is a very simple food. It's milk inoculated with a bacterial culture. But Go-Gurt has dozens of ingredients."

A large part of the conversation about food — like debating low-fat and low-carb diets — serves as a way of avoiding the idea that maybe we're just eating too much, Pollan says. He says his advice about how to limit consumption is based less on science, which he says "has failed us when it comes to food, by and large," and more on culture.

"Cultures have various devices to help people moderate their appetite," he says. "Once upon a time, there was scarcity. We don't have that anymore; we have abundance. But if you go around the world, you find very interesting tricks and devices."

One is small portion sizes, Pollan says. "The French manage to eat extravagantly rich food, but they don't get fat, and the reason is that they eat it on small plates, they don't have seconds, they don't snack."

In Okinawa, Japan, a cultural principle called "Hara Hachi Bu" instructs people to eat until they are just 80 percent full, Pollan says. "You do know when you are full, and the idea of stopping eating before you reach that moment ... if you do that, you will actually reduce your caloric intake quite a bit," he says.

Finally, eating plants is very important, Pollan says. "There is incontrovertible but boring evidence that eating your fruits and vegetables is probably the best thing you can do for preventing cancer, for weight control, for diabetes, for all the different, all the Western diseases that now afflict us," he says.

But can you follow Pollan's advice and avoid processed foods without spending a ton of time and money?

"You're going to have to spend either more time or more money, and perhaps a little bit of both," Pollan says. "And I think that's just the reality. It's really a question of priorities, and we have, in effect, devalued food. And what I'm arguing is to move it a little closer to the center of our lives, and that we are going to have to put more into it, but that it will be very rewarding if we do.

"And if we don't, by the way, we are going to suffer from this — you know, we hear this phrase so many times — this epidemic of chronic disease. But the fact is, we are at a fork in the road. We're either going to get used to chronic disease, and be ... in the age of Lipitor and dialysis centers on every corner in the city, or we're going to change the way we eat. I mean, it's really that simple. Most of the things that are killing us these days — whether it's heart disease, diabetes, obesity, many, many cancers — are directly attributed to the way we're eating."