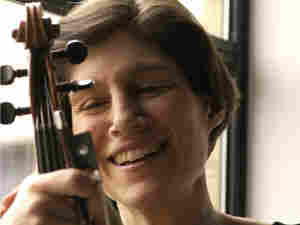 Although Kim Kashkashian is a world-famous violist, the first word that comes to my mind when I hear her name is not "viola," but "lyricism" — that quality of music to be songlike, and to flow easily with emotion. Kashkashian's ability to make her instrument sing is the wellspring of her new CD, Asturiana.

The word "lyricism" also shares some meaning with the word "lyric," which hints at how songs tell a story. The words are important to Kashkashian, and you can hear how they underlie her interpretations by following each lyric in the liner notes. The title track is a song from the Spanish province of Asturia. The words, in part, read: "Seeking consolation / I drew near a green pine tree / Seeing me weep, it wept."

More than most classical traditions, Spain's is deeply connected to its folk and popular music. Flamenco is one of these styles, and in "Asturia" by Manual De Falla, the piano imitates a guitar, and the viola a gypsy singer.

Kashkashian collaborator Robert Levin, a pianist, always has something interesting to impart to familiar repertory. As famous as this music may be, Levin emphasizes bits of melody, harmony and rhythm that have been hiding inside the piano part, which adds another level of interest to the performance. But it's the melodies that matter most. Striking in their beauty, and captivating in the emotions they impart, they will leave you singing.

Kashkashian Finds Her Voice in the Viola

Kashkashian Finds Her Voice in the Viola 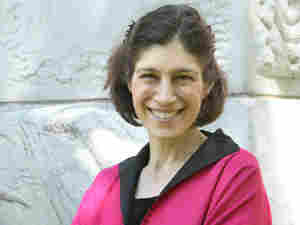 Growing up in Detroit, Kim Kashkashian listened to her father's booming baritone voice singing the folk songs of her family's Armenian heritage. His enthusiasm for communicating through singing made a deep impression on her.

"That's a thing that remains with me as a very powerful, visceral image, and I hear it still," she says. It made her want to sing, too: "The fact that I had a string instrument instead of a voice — I guess I'm still trying to sing with that instrument all the time."

It's what she tells her viola students, also: "If you're not vocalizing, something's missing," she says.

At the age of 8, when it came time to choose an instrument at school, Kashkashian had her heart set on taking clarinet lessons, but her family couldn't afford to rent a clarinet. She started out playing the violin that her cousin had abandoned the previous year, "because it was still in their closet." When she was 12, she switched to viola at the Interlochen Academy.

Today, Kashkashian is one of only a few violists with an international solo career. Her mastery of the rich-toned cousin of the flashier violin has led to many collaborations with composers and arrangers. Kashkashian's new album, Asturiana, finds her working with pianist Robert Levin, with whom she performs their own transcriptions of songs by composers such as Manuel de Falla, Enrique Granados and Alberto Ginastera.

Kashkashian, whose new CD is rooted in the folk tradition of Spain and Argentina, admits that violists are always looking for ways to increase what's available for their instrument to play. "We all are, in a sense, missionaries for new music, and most of us are also thieves, because we have to and want to take repertoire from other instruments."