Accessibility links
A Musician's Guide to the Pre-Concert Warm-Up From singing with seagulls and imitating sirens to bowing a warm note on the cello, musicians like Yo-Yo Ma, Flora Purim and Lawrence Brownlee have warm-up routines as distinctly different as the music they make.

Listen
A Musician's Guide to the Pre-Concert Warm-Up 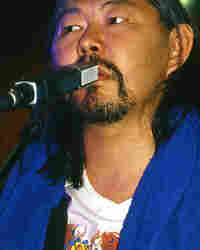 Tuvan singer Albert Kuvezin likes to warm up with a traditional song. In performance, he sings tunes by Motorhead and Bob Marley in the traditional style from southern Siberia. Hayden Voigh hide caption

Art of the Warm-Up

Artists heard in this feature (in order): 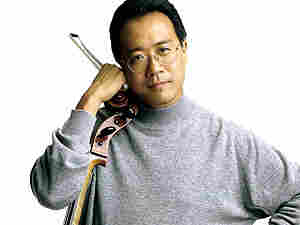 Yo-Yo Ma warms up by easing into a few soft phrases on his cello. "I always want it to be a friendly sound," he says. Michael O'Neill hide caption

Do you have a warm-up routine? A morning cup of coffee and a shower? A few sit-ups and stretches?

For musicians, the ritual of warming up can be the key to a great performance. Brazilian singer Flora Purim's routine is unusual.

"I go to the natural history museum, to the bird room," she explains. "I try to imitate the birds, to try to speak with them." She's remarkably good with the seagulls.

Opera star Cecilia Bartoli plays it more laid-back. She likes to have a light, healthy meal, a cat nap and then very little singing to warm up, "to preserve the freshness in the voice," she says.

"The best thing to do is sing along with the radio on the way to the gig," Williams says. She prefers belting it out to the sounds of oldies stations.

Tenor Lawrence Brownlee has a regimen that begins with what he calls "lip trills," in which he rapidly buzzes the lips like a gurgling baby. From there, he moves on to "sirens," sliding the voice up and down its range. "It wakes up the entire voice from top to bottom," he says.

Yo-Yo Ma plays music every morning and says he likes to ease into his relationship with his cello and his bow.

"When I make the first sound, I always want it to be a friendly sound," he says. "You're not gunning the motor; you're trying to just ease it in and feel the lay of the land, because you're about to enter into some kind of partnership."