Accessibility links
Researcher Studies Gangs by Leading One For seven years, sociologist Sudhir Venkatesh lived in one of Chicago's worst housing projects. His research and insights into one of the country's most violent gangs is captured in Gang Leader for a Day. 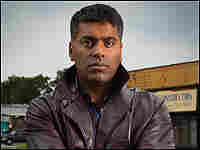 Sociologist Sudhir Venkatesh befriended the leader of one of the country's largest and most violent gangs and ultimately led the gang for a day. Melanie Dunea/Creative Photographers Inc. hide caption

Read an excerpt about the day Venkatesh became a gang leader.

For days, Venkatesh stayed inside one of Chicago's worst housing projects living with poor families and hanging out with gang members. Then he would return to the tony neighborhood of Hyde Park, where he was a graduate student at the University of Chicago.

Now a professor of sociology at Columbia University, Venkatesh ventured into Chicago's Robert Taylor Homes housing project in the 1990s to do research for his doctorate. He befriended the leader of the Black Kings, one of the country's largest and most violent crack-dealing gangs, and led the group for a day. Venkatesh's new book, Gang Leader for a Day, captures his years inside the projects and how residents and gang members interacted, coexisted and raised families.

Venkatesh's guide during his research was J.T., the leader of the Black Kings who took an interest in the budding academic and showed him the ropes inside the projects. Though J.T. had a college degree, he left corporate America to run a drug operation that made him up to $100,000 a year.

Over time, J.T. challenged Venkatesh academically, pushing him to think more clearly about urban poverty in America. And after a few years of friendship, J.T. handed Venkatesh the reins to his gang for a day, a job Venkatesh found wasn't as easy as it looked.

Scott Simon spoke with Venkatesh about his seven years inside the Chicago projects.

Excerpt: 'Gang Leader for a Day' 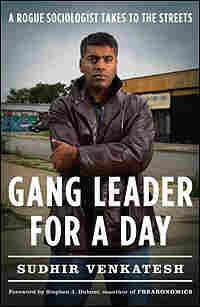 After nearly three years of hanging out with J.T., I began talking to several of my professors about my dissertation topic. As it turned out, they weren't as enthusiastic as I was about an in-depth study of the Black Kings crack gang and their compelling leader. They were more interested in the standard sociological issues in the community: entrenched poverty, domestic violence, the prevalence of guns, residents' charged relations with the government — and, to a lesser extent, how the community dealt with the gang.

If I explored these subjects well, my professors said, I could explain how the Robert Taylor tenants really behaved, rather than simply arguing that they didn't act like middle-class people.

Bill Wilson in particular was adamant that I adopt a wider lens on the gang and its role in Robert Taylor. Because sociology had such a strong tradition of "community studies," he wanted me to write the definitive report on everyday life in high-rise housing projects.

He also said he's started worrying about my safety in the projects. By this point, I had taken up golf as a way to spend more time with Wilson, an avid golfer. "I'm having nightmares, Sudhir," he said once in the middle of the fairway, staring out blankly. "You're worrying me, and I really want you to think about spending some time with others." He drifted off, never instructing me about which "others" I should be observing, but I knew this was code for anyone besides the gang.

I knew he had my best interests in mind, but it still came as a shock to me that I would have to widen my focus if I still planned to base my dissertation on this community. This meant that J.T. wouldn't be the sole target of my attention, and perhaps not even the primary target. A few of my professors were seasoned ethnographers, experts in the methodology of first-hand observation. They were insistent that I avoid getting so close to any one source that I would be beholden to him.

Easier said than done. I hadn't forgotten how agitated J.T. became when he saw me branching out into the community. I really didn't feel I could tell J.T. that my project was moving away from a focus on his leadership. By now, J.T. wasn't my only access to the community, but he was certainly my best access. He was the one who had brought me in, and he was the one who could open — or shut — any door. But beyond all that lay one simple fact: J.T. was a charismatic man who led a fascinating life that I wanted to keep learning about.

J.T. seemed to appreciate having the ear of an outsider who would listen for hours to his tales of bravado and managerial prowess. He often expressed how hard it was to manage the gang, to keep the drug economy running smoothly, and to deal with the law-abiding tenants who saw him as an adversary. Sometimes he spoke of his job with the same dispassion as if he were the C.E.O. of some widget manufacturer — an attitude that I found not only jarring but, given the violence and destruction his enterprise caused, irresponsible.

He fancied himself a philanthropist as much as a leader. He spoke proudly of quitting his mainstream sales job in downtown Chicago to return to the projects and use his drug profits "to help others." How did he help? He mandated that all his gang members get a high-school diploma and stay off drugs. He gave money to some local youth centers for sports equipment and computers. He willingly loaned out his gang members to Robert Taylor tenant leaders, who deployed them on such tasks as escorting the elderly on errands or beating up a domestic abuser. J.T. could even put a positive spin on the fact that he made money by selling drugs. A drug economy, he told me, was "useful for the community," since it redistributed the drug addicts' money back into the community via the gang's philanthropy.

I have to admit that J.T.'s rhetoric could be persuasive, even when I tried to play the skeptic. The fact was, I didn't yet have a good grip on how his gang really affected the broader community. On an even more basic level, I didn't even really know what J.T. did on a day-to-day basis.

One cold February morning, I stood with him on a street corner as he met with one of his drug-selling crews. I was shivering, still unaccustomed to the chilling lake winds, and trying hard to focus on what J.T. was saying. He spoke to his men about the need to take pride in their work. He was also trying to motivate the younger members to brave the cold and sell as much crack as they could. In weather like this, the youngest members had to stand outside and sell while the ones with more seniority hung out in a building lobby.

After addressing his troops, J.T. said he was going off to play basketball. He climbed into his car, a bright yellow Mitsubishi 3000GT, and I climbed in with him. We were parked near a busy intersection at State Street, within view of a Robert Taylor high-rise, some low-rise stores, Pastor Wilkins's church, and the Boys & Girls Club. Before he even turned the key, I mentioned, half-joking, that I thought he was seriously overpaid.

"I don't see what's so difficult about your job," I said. "I mean, you say how hard it is to do what you do, but I just can't see it being that difficult." All I ever saw him do, I said, was walk around and shake hands with people, spend money, drive nice cars — he owned at least three that I knew of — and party with his friends.

"Yeah, but you don't think I need any skills at all to do this. So you should have no problem doing it, right?"

It was true that sometimes his job looked hard. When his gang was warring with another gang, for instance, J.T. had to coordinate his troops and motivate 15-year-old kids to stand out in the open and sell drugs despite the heightened risk of being shot, beat up, or arrested. And it wasn't as though these kids were getting rich for their trouble. The B.K.'s, like most other street gangs, had a small leadership class. J.T. kept only a few officers on his payroll: a treasurer, a couple of "enforcers," a security coordinator, and then a set of lesser-paid "directors" who managed the six-person teams that did the actual street-level selling of crack.

But for the most part, it seemed that J.T.'s gang members spent their time hanging around on street corners, selling drugs, shooting dice, playing sports, and talking about women. Did it really take a self-styled C.E.O. to manage that?

I expressed this sentiment to J.T. "I could do it," I said. "Probably. I mean, I don't think I could handle a war and I've never shot a gun, so it depends what you mean when you say 'try it.'"

"Just that — try it. There's no war on right now, no fighting. So you don't even have to touch a gun. But I can't promise that you won't have to do something you may not like."

"I'm not telling you. You said you think it's easy, so you do it, and you'll see what I mean."

"N-----, this is the offer of a lifetime. Guaranteed that if you do this, you'll have a story for all your college friends."

He suggested that I try it for a day. This made me laugh: how could I possibly learn anything worthwhile in a single day?

From inside the car, I watched as parents gingerly stepped out of the high-rise lobby, kids in tow, trying to get to school and out of the unforgiving lake wind. A crossing guard motioned them to hurry up and cross the street, for there were a couple of 18-wheelers idling impatiently at a green light. As they passed his car, J.T. waved. Our breath was fogging up the windshield. He turned on the defroster, jacked the music a bit louder. "One day," he said. "Take it or leave it. That's all I'm saying. One day."

Excerpted from Gang Leader for a Day by Sudhir Venkatesh. Reprinted by arrangement with The Penguin Press, a member of Penguin Group (USA), Inc. Copyright Sudhir Venkatesh, 2008. 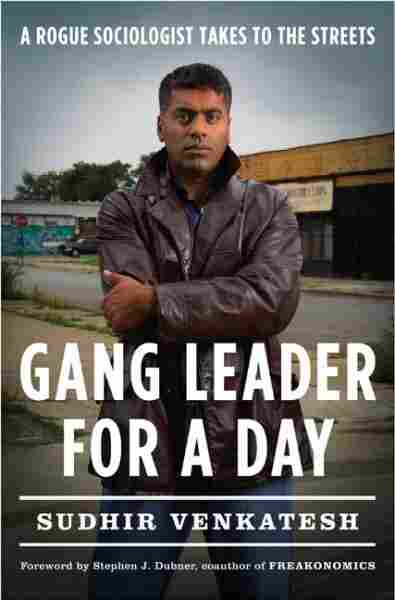 Gang Leader for a Day

A Rogue Sociologist Takes to the Streets