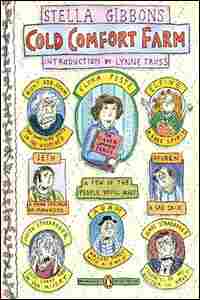 The education bestowed on Flora Poste by her parents had been expensive, athletic and prolonged: and when they died within a few weeks of one another during the annual epidemic of the influenza or Spanish Plague which occurred in her twentieth year, she was discovered to possess every art and grace save that of earning her own living.

Her father had always been spoken of as a wealthy man, but on his death his executors were disconcerted to find him a poor one. After death duties had been paid and the demands of creditors satisfied, his child was left with an income of one hundred pounds a year, and no property.

Flora inherited, however, from her father a strong will and from her mother a slender ankle. The one had not been impaired by always having her own way nor the other by the violent athletic sports in which she had been compelled to take part, but she realized that neither was adequate as an equipment for earning her keep.

She decided, therefore, to stay with a friend, a Mrs. Smiling, at her house in Lambeth until she could decide where to bestow herself and her hundred pounds a year.

The death of her parents did not cause Flora much grief, for she had barely known them. They were addicted to travel, and spent only a month or so of each year in England. Flora, from her tenth year, had passed her school holidays at the house of Mrs Smiling's mother; and when Mrs Smiling married, Flora spent them at her friend's house instead. It was therefore with the feelings of one who returns home that she entered the precincts of Lambeth upon a gloomy afternoon in February, a fortnight after her father's funeral.

Mrs Smiling was fortunate in that she had inherited house property in Lambeth before the rents in that district soared to ludicrous heights, following the tide of fashion as it swung away from Mayfair to the other side of the river, and the stone parapets bordering the names became, as a consequence, the sauntering ground of Argentinian women and their bull-terriers. Her husband (she was a widow) had owned three houses in Lambeth which he had bequeathed to her. One, in Mouse Place, was the pleasantest of the three, and faced with its shell fanlight the changing Thames: here Mrs Smiling lived, while of the other two, one had been pulled down and a garage perpetrated upon its site, and the third, which was too small and inconvenient for any other purpose, had been made into the Old Diplomacy Club.

The white porcelain geraniums which hung in baskets from the little iron balconies of I. Mouse Place, did much to cheer Flora's spirits as her taxi stopped before its door.

Turning from the taxi to the house, she saw that the door had already been opened by Mrs Smiling's butler, Sneller, who was looking down upon her with dim approval. He was, she reflected, almost rudely like a tortoise: and she was glad her friend kept none as pets or they might have suspected mockery.

Mrs Smiling was awaiting her in the drawing-room over-looking the river. She was a small Irishwoman of twenty-six years, with a fair complexion, large grey eyes and a little crooked nose. She had two interests in life. One was the imposing of reason and moderation into the bosoms of some fifteen gentlemen of birth and fortune who were madly in love with her, and who had flown to such remote places as Jhonsong La Lake M'Luba-M'Luba and the Kwanhattons because of her refusal to marry them. She wrote to them all once a week, and they (as her friends knew to their cost, for she was ever reading aloud long, boring bits from their letters) wrote to her.

These gentlemen, because of the hard work they did in savage foreign parts and of their devotion to Mrs Smiling, were known collectively as 'Mary's Pioneers-O', a quotation from the spirited poem by Walt Whitman.

Mrs Smiling's second interest was her collection of brassieres, and her search for a perfect one. She was reputed to have the largest and finest collection of these garments in the world, it was hoped that on her death it would be left to the nation.

She was an authority on the cut, fit, colour, construction and proper functioning of brassieres: and her friends had learned that her interest, even in moments of extreme emotional or physical distress, could be aroused and her composure restored by the hasty utterance of the phrase:

'I saw a brassiere to-day. Mary, that would have interested you...'

Mrs Smiling's character was firm and her tastes civilized. Her method of dealing with wayward human nature when it insisted on obtruding its grossness upon her scheme of life was short and effective; she pretended things were not so: and usually, after a time, they were not. Christian Science is perhaps a larger organization, but seldom so successful.

'Of course, if you encourage people to think they're messy, they will be messy,' was one of Mrs Smiling's favourite maxims. Another was, 'Nonsense. Flora. You imagine things.'

Yet Mrs Smiling herself was not without the softer graces of imagination.

'Well, darling,' said Mrs Smiling — and Flora, who was tall, bent and kissed her cheek — 'will you have tea or a cocktail?'

Flora said that she would have tea. She folded her gloves and put her coat over the back of a chair, and took the tea and a cinnamon wafer.

'Was the funeral awful?' inquired Mrs Smiling. She knew that Mr Poste, that large man who had been serious about games and contemptuous of the arts, was not regretted by his child. Nor was Mrs Poste, who had wished people to live beautiful lives and yet be ladies and gentlemen.

Flora replied that it had been horrid. She added that she was bound to say all the older relatives seemed to have enjoyed it no end. 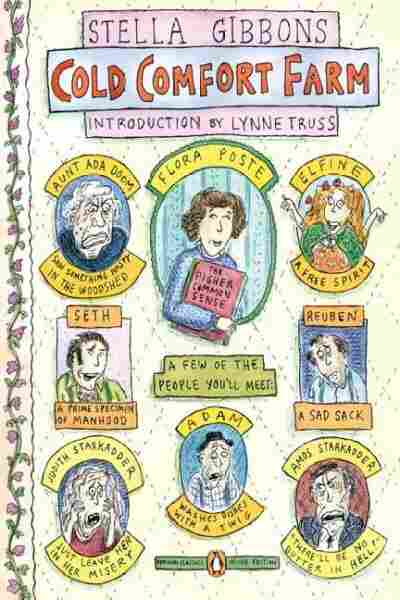