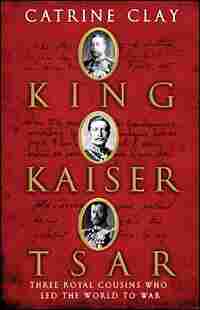 On 21 may 1913 dockworkers were standing about on the quayside at Flushing in Holland when the Royal Yacht Victoria and Albert came alongside. Her hull was black, decorated with a double gold line. She had a full-time crew of a hundred and twenty and she could carry fifty guests. The dockworkers watched as George V, dapper in bowler hat and carrying a tightly furled umbrella, came down the gangplank, followed by his Private Secretary Lord Stamfordham and Frederick Ponsonby, his Equerry-in-Waiting. Queen Mary had preceded him and was already seated in the automobile which would take them the short distance to the railway station where the Kaiser's Imperial train awaited them. They were on their way to Berlin to attend the wedding of the Kaiser's only daughter, Princess Victoria Louise. George V decided to walk to the station, accompanied by his courtiers. A couple of urchins ran alongside this august group, curious to see a real King.

In the train George V changed into his German Field Marshal's uniform. 'We reached Berlin at 11.30 & were received by William, Victoria & all the Princes & Princesses, Generals, Adm[ira]ls etc. and a G[uar]d of H[onour] of the 1st Regt of the Guards which marched past. I drove to the Schloss with William in an open carriage with escort, streets lined by the whole garrison of Berlin, very fine sight,' wrote George that evening in the comfort of his own rooms in the royal palace at Potsdam. Kaiser Wilhelm II was George V's first cousin. George called him William or Willy, just as their grandmother Queen Victoria had. Tsar Nicholas II, the third royal cousin, known in the family as Nicky, would arrive from Russia the next day. Between them Georgie, Willy and Nicky ruled more than half the world. 'May and I have accepted William's kind invitation to be present at his daughter's wedding next month,' Georgie had telegraphed Nicky, his cousin on his mother's side. 'I also understand he has invited you and I trust that you may be able to come as it would give me the greatest pleasure to meet you there. I hope nothing will prevent this. Our best love to Alix and the children. Georgie.' 'I'll go if you go,' Nicky telegraphed back. It looked like just another family outing, one of a series of weddings, funerals and christenings which punctuated the royal calendar.But beneath the friendly exchange of invitations and telegrams, and almost obscured by the pomp and ceremony of a royal event, lay a long history of personal jealousies and rivalries. Years later George V recalled that he was rarely able to be alone in a room with the Tsar during that Berlin visit without the Kaiser hovering outside the door, spying on them. Though they did not know it, the Berlin wedding was to be the last occasion on which the three royal cousins were together before the First World War, the last time any of them would ever see each other. By 1918 Nicky was dead, assassinated along with his family by the Bolsheviks at Ekaterinburg, and Willy was in exile in Holland, there to live on in obscurity for another twenty-three years. Georgie was the only one of the three to survive the war with his monarchy intact – more than intact: flourishing.

The three cousins had known one another since childhood. They had shared holidays, visited each other's homes, played together, celebrated each other's birthdays, danced with each other's sisters, and later attended each other's weddings. They were tied to one another by history, and history would tear them apart. Queen Victoria –Georgie and Willy's grandmother, Nicky's grandmother by marriage– was the lynchpin of the family, having her say on everything. 'I fear I cannot admire the names you propose to give the Baby. George only came over with the Hanoverian family,' she wrote to Georgie's father, the Prince of Wales, on 13 June 1865. 'However, if the dear child grows up good and wise, I shall not mind what his name is. Of course you will add Albert at the end, like your brothers, as you know we settled long ago that all dearest Papa's male English descendants should bear that name, to mark our line, just as I wish all the girls to have Victoria at the end of theirs!' She minded less about Georgie because he was only the second son, not the eventual heir to the throne.

The story of the three royal cousins begins lightly, but ends in the dark of the First World War. And the question which runs through it, right up to the last moment of hope before the outbreak of war, is to what extent they – the King, the Kaiser and the Tsar – through their own personalities and their relationships to one another contributed to the political developments and failures which finally made that war inevitable. The answer forms the subject of this book, an answer filled with contradictions and complications but one which leads ineluctably to the conclusion that the relationships between the three, their personal likes and dislikes, did indeed contribute to the outbreak of hostilities.

At the end of the nineteenth and the beginning of the twentieth century the monarchs of Europe, principally those of England, Germany and Russia, still enjoyed great power, especially in Russia and Germany, where the Tsar and the Kaiser were autocrats. But at the same time these monarchs were also plain Georgie, Willy and Nicky, three cousins affected by the usual ups and downs of family life. But whereas in any ordinary family the inevitable quarrels and clashes of personality could play themselves out with little damage to anyone else, any private quarrels and rivalries between Georgie, Willy and Nicky were played out in public, on the dangerous stage of international politics. The homosexual scandals surrounding the Kaiser, the power exerted by Alix, the Tsarina, over her vacillating husband Nicky, the snubs regularly meted out to Willy by his English relations– none of these would have had any impact on world events but for the fact that the three cousins were also the King, the Kaiser and the Tsar.

'What a strange spectacle Europe is presenting, a perfectly unknown future depending upon the will of three or four men,'wrote the Prime Minister Lord Salisbury to his friend Canon Gordon in August 1896. 'It is very remarkable that in spite of the progress of democratic ideas, the weight of individual personalities, for good or evil, is greater than ever. Now every turn in the humours of the Emperor Nicholas or the Emperor William, or the Sultan of Turkey is watched and interpreted – the fate of many thousands of lives depends on them.' Salisbury did not mention his own sovereign, Queen Victoria, because England was a constitutional monarchy, and the Queen was answerable to Parliament.

Power in the wrong hands is a constant theme, as pressing then as it is today. At the turn of the century the systems of power were beginning to shift as the old regimes were forced to give way to the new. The Ottoman Empire was fading, the nation states were rising. The people were on the march, fuelled by industrial progress. In hindsight it is easy enough to see that the monarchies of Europe were under threat; but the King, the Kaiser and the Tsar were not the only ones who failed to read the signs.

For all three royal cousins the monarchy was what mattered most, the one thing for which all else might be sacrificed. This was what they unquestionably shared, the thing they understood like no one else. Monarchs stood shoulder to shoulder, and together they faced the problems of obstreperous parliaments, rising Socialism, a critical press, and threatening Republicanism, writing each other long letters of commiseration and support. Paradoxically, however, once it came to national interests and defending their own crowns, the Trade Union of Kings, as Edward VII liked to call it, fell apart and the King, the Kaiser and the Tsar, instead of helping to maintain the peace, contributed to its destruction and to the outbreak of a war more terrible than anyone could ever have imagined. 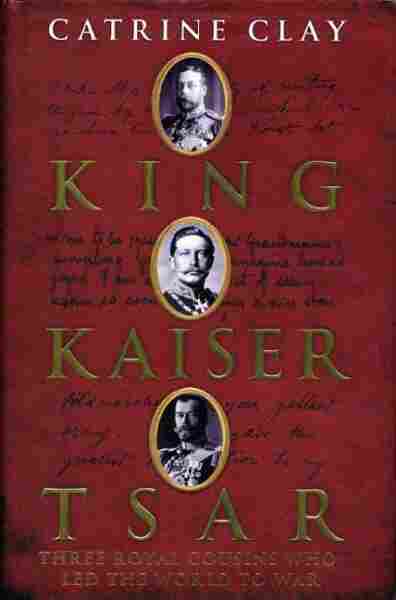 Three Royal Cousins Who Led the World to War