Accessibility links
Photographer Chronicles Martin Luther King Murals For more than 30 years, Camilo Jose Vergara has photographed murals of Martin Luther King Jr. found in inner-city neighborhoods around America. The paintings are sometimes faded or obscured, but all convey the reverence with which the artists treated their subject. 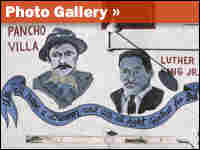 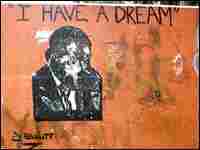 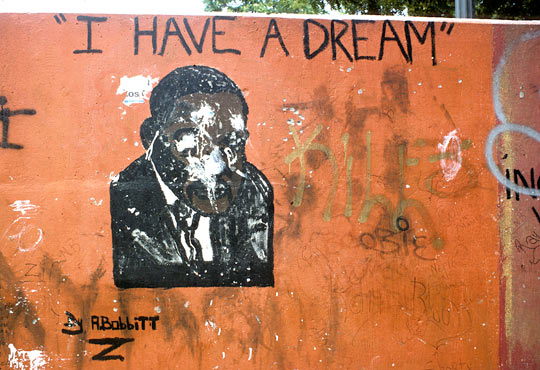 Photographer Camilo Jose Vergara has spent his career documenting the very neighborhoods that Martin Luther King Jr. spoke often about — those in the poor inner city.

For more than 30 years, Vergara has taken pictures of King murals in neighborhoods from Detroit to Los Angeles, Chicago and Newark, N.J.

The murals sometimes look like they were painted by artists who had never seen a picture of the civil rights leader. One from a seafood restaurant in Los Angeles has a Latino-looking King next to an image of Pancho Villa, the Mexican revolutionary leader.

"The owner thought that by putting the two of them together, it would make African Americans feel at home," Vergara tells Steve Inskeep. "You see the merging of two cultures, which I think is a very interesting thing." 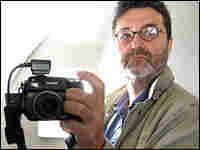 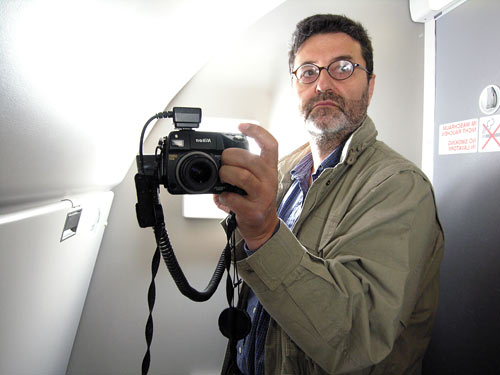 Camilo Jose Vergara, seen in a self-portrait, has been documenting images of the Rev. Martin Luther King Jr. in American cities for more than 30 years 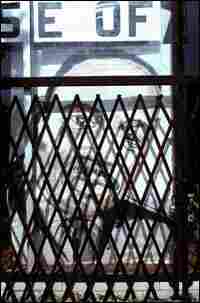 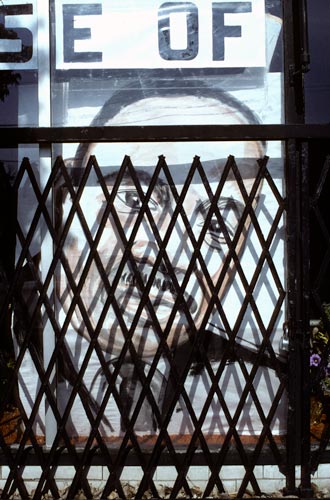 In the following essay for NPR.org, Camilo Jose Vergara writes about the images of the Rev. Martin Luther King Jr. that he has photographed and how they are beginning to disappear in some places.

In America's poorest neighborhoods, Dr. Martin Luther King Jr. is perhaps the most popular subject of public art, along with the streets, hospitals, schools and housing projects bearing his name. Collectively these have become one of the defining elements of the American ghetto. I believe that they help us understand how people living in poor, segregated urban communities — those about whom Dr. King was most concerned — perceive him and his legacy. They show how inner-city residents use his portrait to feel proud, to sell merchandise, and to develop a sense of security, identity and belonging.

Since 1977, I have been documenting images of Dr. King that regularly appear along the commercial streets and alleys of such cities as New York, Los Angeles, Chicago, Detroit, Camden, N.J., and Baltimore. Many of the murals portraying this civil rights leader are painted on the outside walls of liquor stores, auto-repair shops, fast food restaurants, mom and pop stores, and public housing projects. The majority are the work of sign painters and amateur artists. All of the statues and many of the murals I photographed are located on streets named after him.

Over time I became interested in learning why these images are so pervasive. I feel that they reflect a significant cultural phenomenon: the rise of Dr. King as a central moral figure in poor neighborhoods, and his elevation to secular sainthood as the savior of dispossessed African Americans. His varied representations, often based on photographs taken from the national media, express poor people's perceptions.

After the South Los Angeles riots of 1992, many Latino shopkeepers had Dr. King's portrait painted on the facades of their stores in the hope of staving off the African-American rioters from robbing or vandalizing their businesses.

Wherever they are located, his portraits are usually respected, thus escaping damage and defacement. Sometimes, however, practical considerations result in electric cords emerging from his face, or a closed-circuit TV camera being attached to his ear, or security gates installed over his portrait.

But few of the sign painters hired for portraits of Dr. King have been particularly adept at getting good likenesses, with the result that he often comes out looking Mexican or even Mexican Indian. And now that Latinos in South Los Angeles have become the majority, new images of Dr. King rarely appear while the old portraits of him have been replaced by religious images and specifically Latino subjects.

The phrase "I have a dream" is often written above or below portraits of King. The dream is about justice, equality, three meals a day, housing, education, jobs and peace in the neighborhood. The many images of him in the inner city are powerful reminders to residents to keep pursuing those goals.

Camilo Jose Vergara has been documenting urban America for more than three decades. His work is included in the Berman Collection at the Getty Museum in Los Angeles and in 2002 he won a Macarthur Genius Grant for his photography. He is the author of several books, including How the Other Half Worships.