Accessibility links
Cat Power Rocks the 'Jukebox' A test drive of some of today's new music releases from Cat Power, The Fleshtones, Jack Penate and The Whigs with Lizzy Goodman of Blender magazine.

Right Hand on My Heart 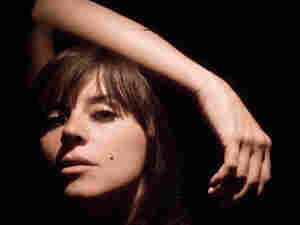 We test-drive some of today's new music releases with Lizzy Goodman of Blender magazine.

The Whigs, from Athens, Ga., are out with a second record. The first, Give 'Em All a Big Fat Lip, was self-released but got lots of mainstream attention. They recorded it with equipment they bought on eBay and sold the equipment when they were done. They recorded the new album, Mission Control, at Sunset Sound Studios, where The Doors, The Beach Boys, and Prince also recorded.

Jack Penate's Matinee has been out for a while in the UK and is a bit of a phenomenon over there. It's fantastic, bizarre, singer-songwriter pop. He's hard to pin down but a lot of fun.

The Fleshtones have been around a while. They like to point out that they're the only Max's Kansas City/CBGB's era band that has never broken up. They call their music "super rock." Lizzy Goodman says Take a Good Look "makes you want to be in a convertible."

Jukebox is Cat Power's second covers album. She can get away with so many covers because she's so talented at reinterpreting other people's music. It's a skill and not one that even the most talented performers have.