Read an excerpt about the night a mysterious plane landed at 'The Reserve.' 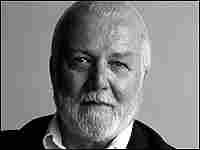 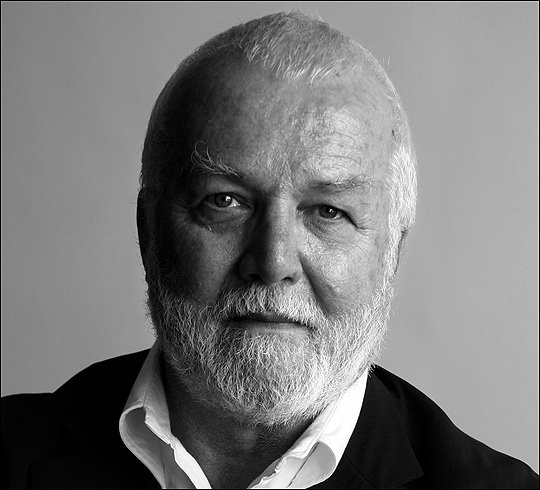 Author Russell Banks sets his Depression-era novel, The Reserve, at a privileged rural enclave in the Adirondacks.

Banks' protagonist, the internationally known artist Jordan Groves, swoops into the Adirondack Mountains on a pontoon biplane looking for love. He lands in the middle of an enclave known as The Reserve, where a beautiful heiress and her family are relaxing at their country estate.

But the heiress, Vanessa Cole, is also mentally unstable. Groves falls quickly for her magnetic personality before he realizes that she's imbalanced and carries dark secrets. Set on the eve of World War II, the lushly romantic plot is a new turn for Banks, the author of more than 20 books.

In previous novels such as Affliction, Sweet Hereafter and Continental Drift, Banks masterfully depicts gritty inhabitants of small, hardscrabble towns. In The Reserve, working-class characters serve the rich and act as mountain guides.

Banks also weaves in historical events in scenes that flash forward. Readers learn of Groves' exploits in the Spanish Civil War, and Cole ominously takes a ride on the German airship Hindenburg.

Jacki Lyden spoke with Banks about his Depression-era tale. 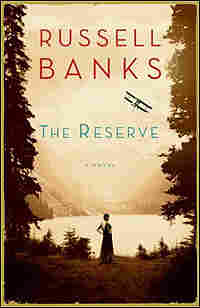 When finally no one was watching her anymore, the beautiful young woman extracted herself from her parents and their friends and left the living room. She passed through the screened porch and crossed the deck and barefoot walked softly over the pine needles in front of the sprawling log building downhill toward the sheared ledges along the edge of the lake.

She knew that shortly the others would notice, not that Vanessa had left her father's party, but that the light in the room had suddenly faded, and though it was still late afternoon and not yet dusk, they would see that the sun, because of the looming proximity of the Great Range, was about to slip behind the mountains. The Second Tamarack Lake was deep and long and narrow, like a Norwegian fiord, scraped by glaciers out of the north- and south-running Great Range of steep, granitic mountains, and the view from the eastern shore of the Second Lake at this hour in high summer was famous. Most of the group would take their freshened drinks in hand and, following Vanessa, would stroll from the living room down to the shore to watch the brassy edges of the clouds turn to molten gold, and then, turning their backs to the sky and lake, to compliment the way the pine and spruce woods on the slopes behind the camp shifted in the dwindling alpenglow from blue-green to rose and from rose to lavender, as if merely observing the phenomenon helped cause it.

After a few moments, when the alpenglow had faded, they would turn again and gaze at the lake and admire in silence the smooth surface of the water shimmering in metallic light reflected off the burnished clouds. And then at last they would notice Vanessa Cole standing alone on one of the tipped ledges that slipped into the water just beyond the gravelly beach. With her long, narrow back to her parents and their friends, her fingertips raised and barely touching the sides of her slender, pale, uplifted throat, Vanessa, gazing in dark and lonely Nordic thoughtfulness into the whole vast enclosed space between lake and forest and mountain and sky, would seem to be situated at the exact center of the wilderness, its very locus, the only meaningful point of it. For her parents and their friends, for an interesting moment, the drama of the disappearing sun would be Vanessa Cole's.

There were nine people at the party, Dr. Cole's 1936 annual Fourth of July celebration at the Second Lake — Vanessa and her parents, Carter and Evelyn Cole; Red Ralston and his wife, Adele; Harry and Jennifer Armstrong; and Bunny and Celia Tinsdale. The men had been classmates at Yale, Skull and Bones, class of 1908. Their wives, respectively, had gone to Smith, Bryn Mawr, Vassar, and Mount Holyoke. All four couples had married young and had in their twenties borne their children, and their children, except for Vanessa, had in turn done the same. During the previous decades the men had made a great deal of money buying and selling stocks and bonds and real estate and from the practice of their professions — Dr. Cole was an internationally renowned, if somewhat controversial, brain surgeon; Red Ralston, Vanessa's godfather, was a corporate lawyer who specialized in bankruptcies; Harry Armstrong owned a company that manufactured automobile tires; Bunny Tinsdale ran his father's steel company — and husbands and wives both were old enough now to have found themselves in the process of inheriting homes and family fortunes from their dying parents. They and their parents and their children and grandchildren had not been much affected by the Great Depression.

Every year on the Fourth of July — other than during the war years, when Dr. Cole and Bunny Tinsdale were army officers stationed in France — the four families gathered together here at Rangeview, the Cole family's Adirondack camp, to drink and fish and hike in rustic splendor and to celebrate their loyalties to one another, to their families, and to their nation. This year, except for Vanessa, all the children and grandchildren were spending the holiday elsewhere — on islands, as someone in the group had noticed, Mount Desert Isle, Long Island's North Shore, Martha's Vineyard — which had somewhat diminished the occasion in importance and intensity, although no one said as much. They acted as if the absence of their offspring were both desired by them and planned and were not, as it appeared, a changing of the guard. The Coles so far had no grandchildren. Their only child, Vanessa, was adopted and at thirty had been married and divorced twice, but had remained childless — "barren," as she put it.

It was nearly silent there by the shore — low waves washing the rocks at Vanessa's feet, a soft wind sifting the tall pines behind her — and she could hear her thoughts clearly, for they were cold and came to her in words and sentences, rather than feelings, as if she were silently reciting a list or a recipe she'd memorized years ago. She was not happy, Vanessa told herself, not one bit, and she wished that she had stayed in Manhattan. It was always the same here, year after year, her mother and father's annual Fourth of July show, and though it was more her father's show than her mother's, that didn't make it any better. Not for her. Everyone had a show, she believed, and this was not hers, not anymore, if it ever had been, when she heard in the distance a low humming sound, a light, intermittent drone that rose and fell, surged and lapsed back almost into silence and then returned and grew louder.

She realized that it was an airplane. She had never before heard or seen an airplane at the Second Lake. Rangeview was the largest of only a half-dozen rough-hewn log camps, a few of which were elaborately luxurious, located in the forty-thousand-acre privately owned wilderness, the Tamarack Wilderness Reserve.

All rights reserved. No part of this book may be used or reproduced without written permission from HarperCollins Publishers. 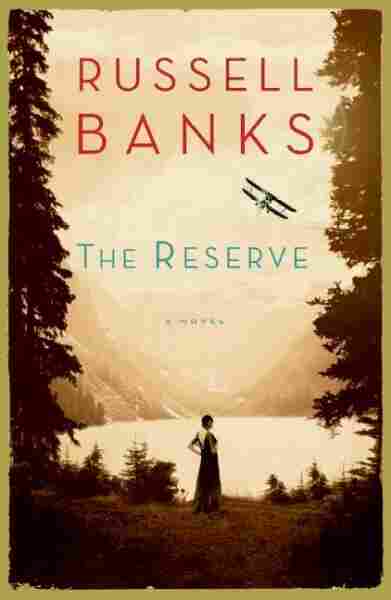