Accessibility links
Giuliani Campaigns Ahead of Pivotal Florida Primary GOP presidential hopeful Rudolph Giuliani says that his track record of boosting New York City's economy shows he would be a strong economic leader for the U.S. He also says he supports both individual choice on abortion and the appointment of strict constructionist judges. 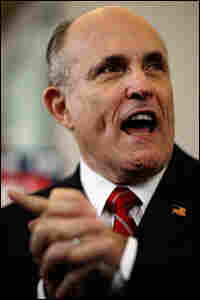 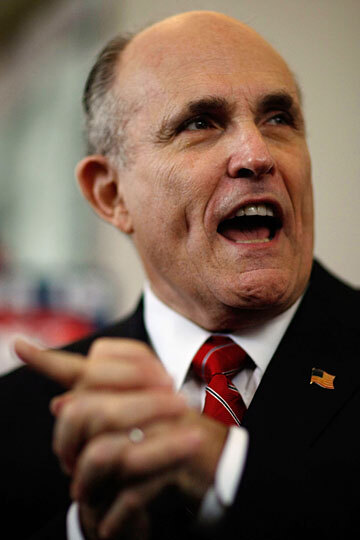 Giuliani is pursuing an unprecedented wait-until-Florida strategy — he has barely campaigned in the primaries preceding it. He is also attempting another unprecedented achievement: Translating success in New York City politics into national platform.

In recent campaigning, Giuliani has shifted gears, placing more emphasis on his role in strengthening New York City's economy and less on his record on handling the Sept. 11 attacks.

"We have to lower taxes, we have to reduce government spending, and we have to moderate our regulations, so that we don't drive businesses and jobs and money out of the United States. If we do those things, our economy will grow," he says.

Giuliani says he supports the short-term monetary policies of the Federal Reserve but stresses the need for long-term, permanent changes to create a more attractive investment environment.

But for him, the bottom line is that he "got very extraordinary results as mayor of New York City."

He also notes that unemployment at the start of his term was 10.5 percent; it had dropped to 5 percent by the end.

On abortion, Giuliani says he would "prefer to see a society where there were no abortions."

"But ultimately, I believe that that decision cannot be made by government — that a woman has to have room to make that decision with her conscience, with her doctor, in her own way," Giuliani says, while adding that he supports parental notification and a ban on so-called partial-birth abortions.

He says he would not support an abortion litmus test for judicial appointments.

"I would appoint judges who I believed were strict constructionist judges, who would interpret the Constitution based on what it means, not what they would like it to mean," he says.

"I believe, ultimately, there has to be room left for individual decision-making."

"We're doing very well in Florida, and our message is getting through, and the election is going to happen real soon. I believe we're going to win here, and I think that'll revive our whole election. It'll take us into Feb. 5 with a tremendous amount of momentum," he says.