Accessibility links
FBI's New Technology Revolutionizes DNA Analysis At the FBI Crime Lab in Quantico, Va., experts are finding new and better uses for what many people see as a forensic sure thing — DNA. Cases unsolvable just a decade ago, are now ripe for reopening. 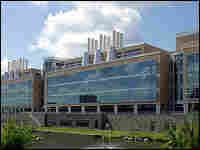 The FBI is using robotic processes to help analyze DNA at its crime laboratory at Quantico, Va. FBI hide caption 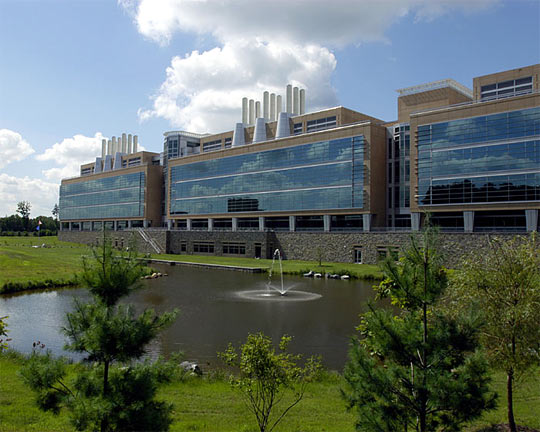 The FBI is using robotic processes to help analyze DNA at its crime laboratory at Quantico, Va.

More than 200 wrongly convicted people have been exonerated based on DNA evidence, which has also brought convictions in decades-old cases. As law enforcement finds new ways to use DNA, those new techniques raise new ethical questions. 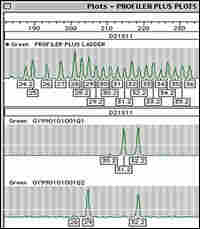 Criminals' genetic code is part of a national database compiled by the FBI. FBI hide caption 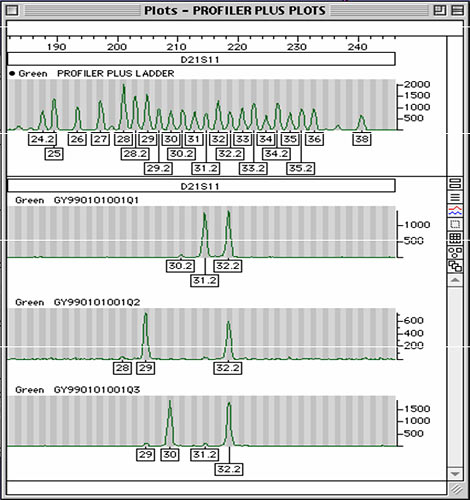 Criminals' genetic code is part of a national database compiled by the FBI.

Blood splatter patterns... DNA typing... Crime scene reconstruction... They have all became dinner table conversation after the O.J. Simpson trial and television shows like CSI. In the first of a series about high-tech forensics, we visit the FBI Crime Lab in Quantico, Va., where experts are finding new and better uses for what many people see as a forensic sure thing — DNA.

Everyone has become an armchair crime-scene specialist, and that has meant the bar has been raised. In a courtroom, jurors are expecting to see something like what they see on television: forensic proof that they think any good investigator — like the ones on TV — should be able to find.

"The data is suggesting that interviews of jurors have them saying they would convict, if only the investigators had done DNA," said Mitchell Holland, a professor of Forensic Science at Penn State. "Some jurors are saying they needed this forensic evidence when there was probably enough in the case already to convict."

It isn't just a hot television series that is creating the problem. Expectations are rising because, frankly, the science is getting better. Not so long ago, forensic experts needed a sample about the size of a nickel for processing. Now it just needs to be the size of a pin prick to do the trick.

That means that cases unsolvable just a decade ago are now ripe for reopening.

The FBI's nuclear DNA lab at Quantico, Va., hums with activity, though much of that movement is robotic. A new machine there allows a robot to process DNA samples at an exponentially higher rate than humans ever could. This is where the FBI is processing punch cards with DNA samples from the nation's federal offenders.

The FBI is trying to get a roster of prior criminals into a national database that will not only help law enforcement solve new crimes, but potentially old ones, too.

Look inside the new processing machine and you see a robotic arm skimming along a long tray of test tubes. Each contains a small blood sample which is bathed in a sort of chemical detergent that breaks the human cells open. DNA is then released inside the test tube and settles to the bottom — like sediment in a bottle of wine.

That sediment is fed into another instrument that reads its genetic code to include in a database. Just a handful of years ago, compiling that kind of database would have taken human technicians years. The robot can do 500 samples a day — many more than a human ever could.

Robot in the Lab

Jennifer Luttman runs the Convicted Offender program at the FBI Lab. She says that the FBI still uses people to find the DNA at a crime scene, but steps that come after that are easily automated.

"We still use humans to look for the stains, to test for blood, to test for semen, to cut out the stains," she said. "Only a human can do that because they need to see how much is there and that's all based on experience."

But Luttman says that once the DNA is extracted and purified, robots can take care of the rote processes.

Down the hall from the nuclear DNA lab, other FBI scientists are trying to tug clues from a different kind of DNA, called mitochondrial DNA.

Alice Eisenberg, head of the FBI's Mitochondrial DNA Analysis lab, says cold cases are the meat and potatoes of her unit's operation. Typically, her technicians are dealing with bone and hair samples that have been sitting on evidence room shelves for years.

"No one was able to perform DNA analysis on them until we came along with our mitochondrial DNA technology," she said.

The newest wrinkle involves a rather innocuous-looking machine called a mass spectrometer, which is, in essence, a glorified scale that weighs individual molecules. The actual machine is not very big. It is about the length of a kitchen counter and a little over 5 feet tall. Inside, little robotic arms move trays around a series of short towers.

Up to now, law enforcement has mostly used it to identify chemicals, like accelerants around suspicious fires. The FBI lab is the first to use it to measure mitochondrial DNA in crime work.

The idea, in a very simplified way, is to separate out the DNA's component parts by weight.

That becomes important in an event like the World Trade Center attack, in which remains end up co-mingled, making it hard to tell which DNA is which. The mass spectrometer is able to use weights to identify different fragments of the DNA.

Les McCurdy, a forensic examiner in the DNA analysis lab, likened the instrument's work on DNA to a scale weighing a pocketful of coins.

"You have pennies, nickels, dimes and quarters. Each of those coins has a different weight," he said, adding that if he had a pocketful of coins and put it on a scale, he could tell the difference between each coin. "It is the same type of thing we are doing with mitochondrial DNA with this instrument."

Essentially the machine helps analysts shake out and identify several individuals from a DNA mixture. The robot picks up a plate, reads a bar code on its side and cleans the DNA. Then, using magnetic beads, the robot separates the DNA so it can put it in the mass spectrometer for weighing. A computer then records the various weights and DNA combinations.

McCurdy said it was one of the most exciting projects he's worked on at the FBI.

This new mass spectrometer technology is still in its infancy, but it is part of a larger program to expand the uses of DNA. And even people outside the FBI, like Penn State's Holland, see new uses for DNA.

"The power of DNA is just beginning to emerge," he said. "That's really exciting."

The question is whether these new DNA advances will raise the forensics bar even higher — with jurors coming to expect science to wring doubt out of their deliberations during a trial. The FBI is quick to say that new DNA science doesn't just assign guilt. Almost one-third of their DNA work goes toward exonerating suspects. Because of that, they say, these DNA advances are good for everyone.