Accessibility links
Jack Penate: South London Pop Flair For the past year, the 23-year-old musician has been quickly building steam in the U.K. Fresh off the U.S. release of his debut album, Matinee, Penate visits WNYC for an interview and studio performance. 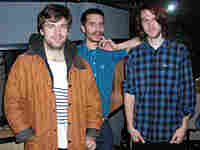 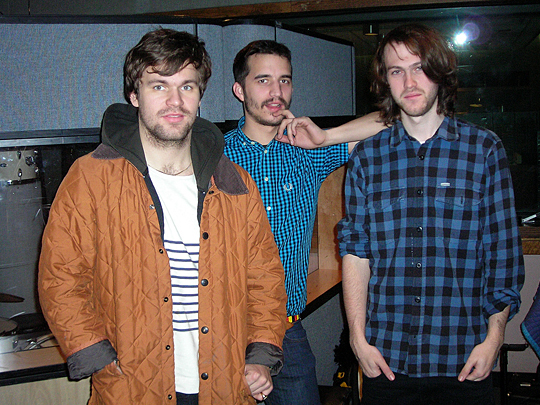 'Spit at Stars'
'Second, Minute or Hour'
'Torn on the Platform'
'Have I Been a Fool' 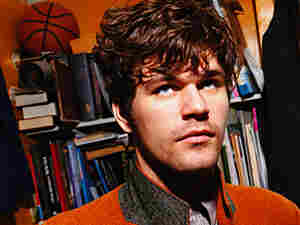 While young British artists Lily Allen and Kate Nash were breaking through in the U.S., Jack Penate spent last year building steam in the U.K.

The 23-year-old South Londoner has long enjoyed next-big-thing status, all the while cutting a natty profile in drainpipe jeans, checkered shirts, and baseball caps. Americans got their first chance last week to hear his album Matinee, which recalls classic British skiffle and the glory days of The Jam.

Here, John Schaefer speaks with Penate between studio performances with his band. They start with "Spit at Stars," inspired by a moment in a Jack Kerouac novel.

"In On The Road, he talked about 'spitting at stars' at one point, and yeah, I really liked the idea of having phlegm in the air, to see where it lands," Penate says. "So I wrote a song about it."

Penate is one of several young, buzzed-about pop musicians who proudly sing in their London accents.

"Back in the day, it seemed to be synonymous with [British] pop that you had to be singing in an American accent," he says. "But I don't really agree with it nowadays. And I've got quite an identity, and I'm proud of where I'm from."

The approach has earned Penate comparisons to The Jam, and especially its lead singer, Paul Weller. Penate says that while he did listen to the band, he was more influenced by soul music — much like Weller himself.

"Less that I tried to be him, more that I'd one day love to be a soul artist in, like, Mississippi or something," Penate says. "I think it's roots that make us similar, less that I listened to him, actually."

Penate also acknowledges the influence of ska and other Jamaican music on his sound. He says his brother and father were into reggae and dub, and notes that his neighborhood growing up was consistently saturated with music from the West Indies.

Several other London-based artists of his generation are also known for borrowing from Jamaican pop. It's one of several reasons Penate is often identified as part of a movement with the likes of Lily Allen and Kate Nash.

"British press love catchphrases, and they love groupings," Penate says. "It makes it a lot easier for them — they don't think that much." He does, however, acknowledge a sort of commonality. "Musically, there's a strain going on somewhere. I think it's all of us desperately trying to be cool."