Accessibility links
After the Cold War, Russian Espionage in the U.S. Former Russian master spy Sergei Tretyakov and journalist Pete Earley reveal secrets of espionage in America after the fall of the Soviet Union. Tretyakov ran Russia's post-Cold War spy program — but also worked as a double agent with the FBI before his defection in 2000.

Listen
After the Cold War, Russian Espionage in the U.S. 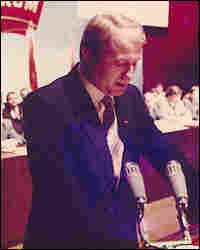 Sergei Tretyakov, shown here at KGB headquarters in Moscow in 1998, is the subject of the new book, Comrade J, by Pete Earley. Courtesy Putnam hide caption 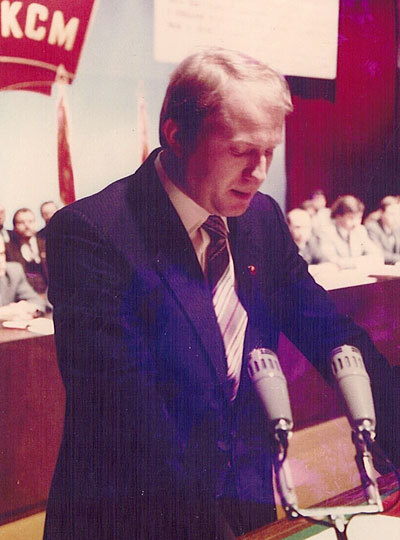 Sergei Tretyakov, shown here at KGB headquarters in Moscow in 1998, is the subject of the new book, Comrade J, by Pete Earley.

Read an excerpt, in which Tretyakov explains why he defected to the United States and why he decided to tell his story. 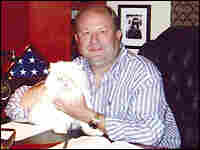 Tretyakov at home with his cat, Matilda in March 2007. Courtesy Putnam hide caption 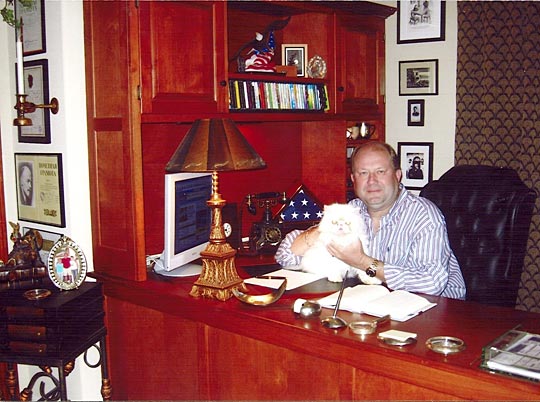 Tretyakov at home with his cat, Matilda in March 2007.

Sergei Tretyakov was an operative of the KGB, the former Soviet intelligence service. When the Soviet Union dissolved, the agency changed its name, but its mission remained the same.

Tretyakov was nominally a press officer at the Russian mission to the United Nations in New York. In reality, he was running a number of intelligence agents who, in turn, were trying to get information out of Americans and others at the U.N.

In 2000, Tretyakov became one of the highest-ranking Russian spies ever to defect to the United States.

Four years later — with both FBI and CIA agents present — he met with Pete Earley, the author of books about several Americans who had spied for Russia.

The result of their meeting is Earley's book, Comrade J, the story of Tretyakov's career.

Tretyakov says he sees the book as a kind of "wake-up call" for Americans.

"Americans are a little bit naive when they say, '[The] Cold War is over, and right now, we can relax.' [That's] not the case for intelligence [work]," he tells Robert Siegel.

Just as in the Soviet era, Russia's main targets remain the United States, NATO and China.

Tretyakov emphasizes that no one approached him, bought him or seduced him.

"My defection was the major failure of the Russian intelligence, probably in all of history," he says.

At the time of Tretyakov's defection in 2000, his estate was worth $2 million. He says the money was inherited wealth, however, and that he spied for the United States because of his disillusionment with the Russian system, not for money.

"I never worked for money. I never asked for a penny from any foreign government. It was my decision, it was our family decision. Because finally I understood that I must do something good with my life," he says. 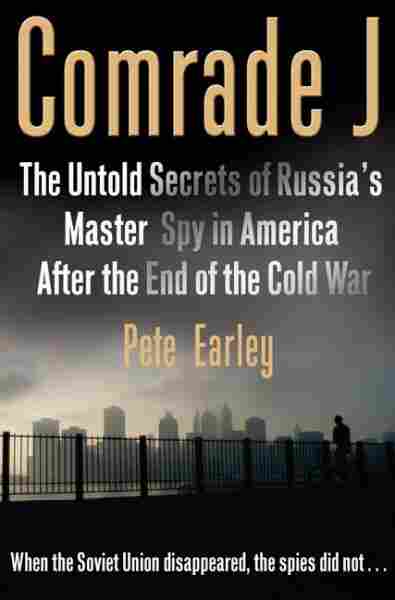