Accessibility links
In Beirut, a Beauty Salon that Feels Like Home The Cannes Film Festival is known for its highbrow fare, but every once in a while a crowd-pleaser sneaks into the mix. Caramel, a new film from Lebanon, was one such delight at the last festival.

Listen
In Beirut, a Beauty Salon that Feels Like Home 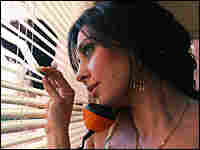 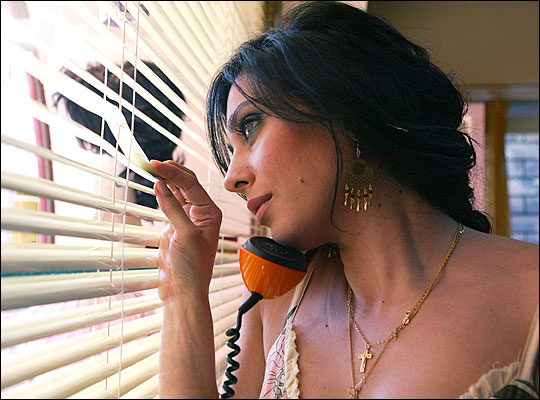 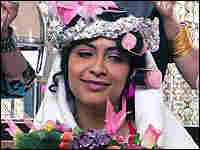 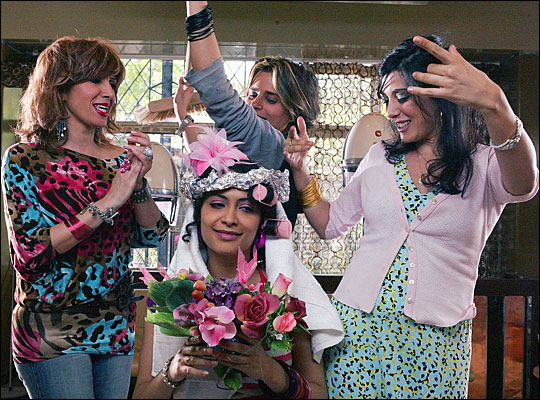 Caramel opens with a shot of a flowing river of the syrupy liquid, but don't be fooled. In Beirut, caramel signifies more than sweetness; it's used as a depilatory in beauty salons, inflicting pain rather than causing pleasure.

Caramel, co-written and directed by its star, Nadine Labaki, likewise cuts both ways. It is sweet but not saccharine, an intimate film that doesn't stint on the desperation and anxiety that go along with the search for love.

Caramel investigates the complications and contradictions of the romantic lives of five women who either work or hang out at a neighborhood beauty salon. First among equals is the salon owner (played by Labaki), whose passionate affair with a married man starts to seem less and less glamorous.

Using largely nonprofessional actors, Caramel casually submerges us in a world like our own, yet removed from it. The language may be different, but the joy these women feel when one of their own gets married is universal.

The salon has seen spiffier days. But for the women it serves, it creates a community that sustains them when all else fails. It's a family that gives them strength in situations where confiding in their real family would be out of the question.

Labaki has dedicated this film "to my Beirut," and she is clearly enamored of her very complicated city. It's divided not only between Christian and Muslim neighborhoods but also between the forces of tradition and modernity, between a desire to do as you please and a fear of going too far and offending unbending norms.

Caramel has the tact and sophistication not to tie things up too tidily for any of its women. Possibilities appear for some but not all of them — and it is not at all a sure thing that any of those possibilities will pan out. All these characters can count on, finally, is that they will be there for each other. The bonds between women, Caramel says, are the ones that last.