Accessibility links
Modern-Day Cowboys Frozen in Time Photographer Robb Kendrick traveled 41,000 miles searching for cowboys. His six-year quest took him across 14 states, Mexico, and Canada. He emerged with Still, a book of images that seem trapped in time. 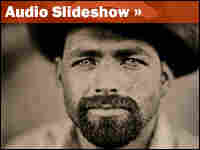 Robb Kendrick explains the thinking behind his images of cowboys in this audio slideshow. Robb Kendrick hide caption 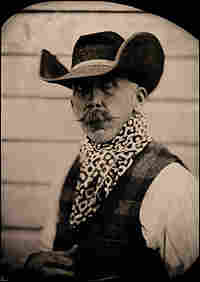 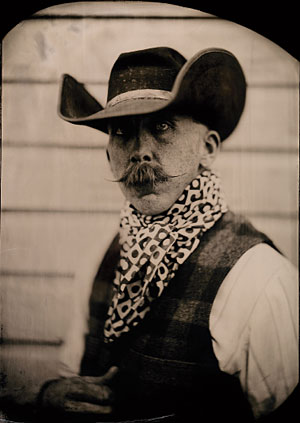 Royce Hanson on being a cowboy.

Ronnie Melton on being a cowboy. 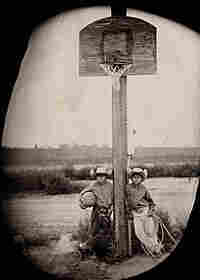 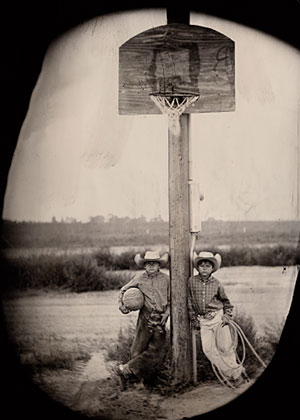 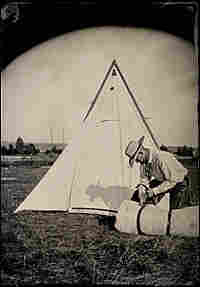 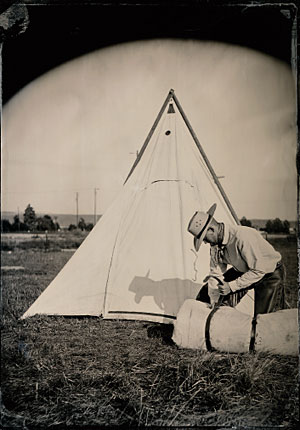 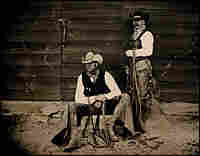 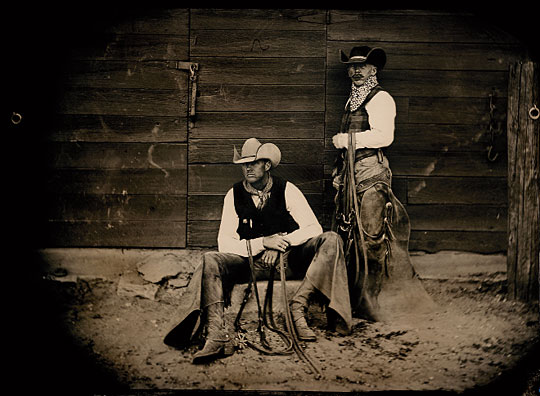 Photographer Robb Kendrick traveled 41,000 miles searching for cowboys. His six-year quest took him across 14 states, Mexico and Canada. He emerged with a collection of images that seem trapped in time.

The men and women featured in his latest book, Still: Cowboys at the Start of the Twenty-First Century, stare out at the page, solemnly, without the slightest hint of movement. These cowboys, with their long twisting mustaches, "taco" rolled-brim hats, bandanas and rawhide lassos look like relics from another era.

It's also the photographs themselves that suggest something old as if they were discovered, after decades, hidden in a chest at a ranch. Kendrick's photography method, tintype, implicitly highlights connections to the past. Dating back to the 1850s, the process involves capturing images on a metal plate.

Kendrick says he thrived off the primitive nature of the technique.

"Prior to digital photo you really pushed yourself because there was always the unknown of 'Did I get it?'" he says. "[With tintype] you work harder because the chemistry is never reacting the same in any environment. You have all these things that are constantly keeping you on your toes and I guess I'm somebody that likes a challenge."

The work it took to get each one right reminded him of his old love of this craft.

"It felt like I was born again as a photographer," he says.

Ultimately, this collection shows that the modern-day cowboy is not all that different from his ancestors.

"Everyone thought the cowboy had died but actually, like any business that wants to survive, the cowboy reality adapts," Kendrick says. "The cowboy has not changed a lot. There is, of course, computers for business, cell phones, ear tagging."

It's still one's ability with a horse, a rope and cattle — the same skills that made for a good cowboy more than 100 years ago — that are most critical today, he says.

"These people don't live this lifestyle because it's romantic. It just pretty much functions the way it did 150 years ago."

Royce Hanson of South Dakota, one of the men Kendrick photographed, seems to agree.

"It's just a way of life that comes easy — solitude, God, nature and animals," he says.

Kendrick's photographs get at the heart of an approach to life that transcends time and place.

"I just want to aggravate a few cows and kick a dog every now and then to stay happy," says Justin Case, another one of his subjects. "If you aren't happy, you are wasting time."

Cowboys at the Start of the Twenty-first Century