Listen
Valentino's Sheik: An 'Other' Made to Swoon Over 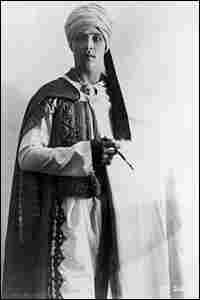 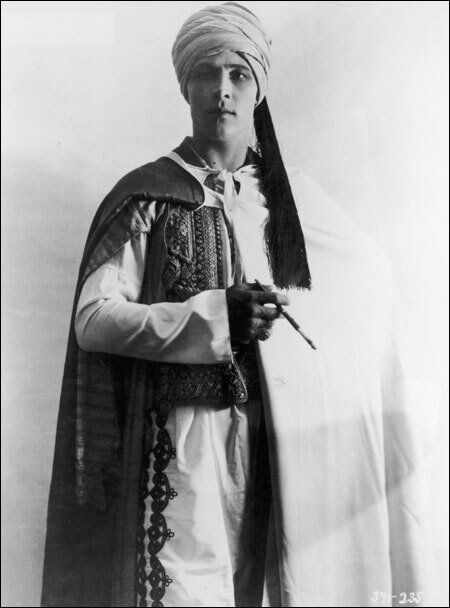 Italian-born actor Rudolph Valentino poses in costume in The Sheik. 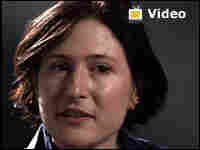 Video: Neda Ulaby on 'The Sheik' – and the sheik in her own life.

Clips from 'The Sheik'

His performance can seem campy by modern standards, but The Sheik made a matinee idol out of its star. Two outtakes:

'His hand is so large for an Arab.' 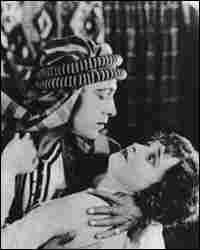 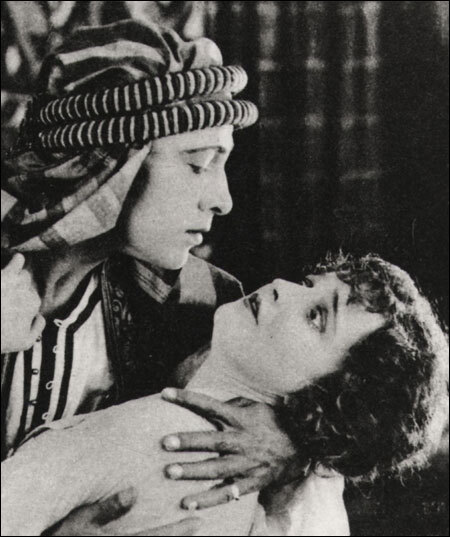 The Sheik starred a smoldering Italian immigrant named Rudolph Valentino and featured a title character who bore little resemblance to the venerated Arab leaders commonly known as sheiks. Instead, the character was drawn from the pages of a best-selling romance novel by the wife of a British farmer.

Valentino's playful treatment of the character captivated female audiences and established him as Hollywood's first male sex symbol. Mary Brewer Barkley, who was 13 years old when the film was released, recalls newspaper reports that young women were running off to the Middle East in the hope of being abducted by handsome Arabs.

"[Valentino] had this intent look and you would just say, 'Oh my,'" Barkley remembers. "And his hair was so pretty!"

The Sheik was less concerned with authenticity than with perpetrating a fantasy of sexual extremes; in doing so, it promoted stereotypes of the Middle East as a decadent, primitive culture.

"It sort of advanced the mythology of the Middle East as a place where [women] were either walking a hundred feet behind the men, or [were] just lounging around in the harem, waiting for the men to beckon them," says Jack Shaheen, a professor who studies Arabs in popular culture.

Though the movie actually softens the novel's rape scenes, both versions end with the proud beauty madly in love with her captor. In the 1920s, that part was just fine. But since a white woman was not supposed to end up with an Arab, a final twist in the movie reveals that the Sheik is, in fact, adopted. By blood, he's the son of an English gentleman and a Spanish lady, which Shaheen says, helps to create an ethnically acceptable happy ending that underscores Western ideas about the right to empire and superior masculinity.

Shaheen says that he hadn't seen a feature film challenging the notions of love and ethnicity put forth in The Sheik until three years ago, when Yes, with Joan Allen, was released.

"I think it's interesting to point out it took nearly a century to see a man from the Middle East honestly loving an American woman," says Shaheen.

Neda Ulaby on her personal connection with 'The Sheik.' 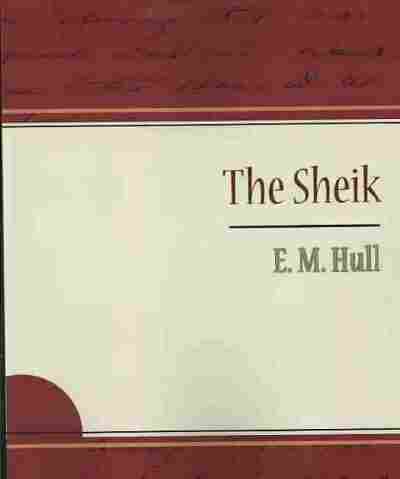