Accessibility links
Obama, Clinton Found Faith in Land of Lincoln Sens. Barack Obama and Hillary Clinton aren't Illinois natives, but the Democratic presidential contenders each found their connection to faith in the state. 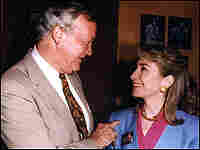 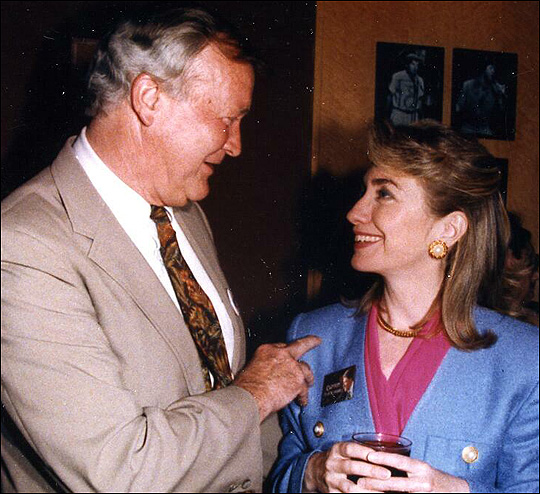 Liane Hansen spoke with Rev. Don Jones and University of Chicago Professor Dwight Hopkins about the religious roots of the Democratic presidential candidates.

Hopkins says he hears the influence of Obama's church in his message.

Jones talks about his trip with Clinton to the south side of Chicago when she was a teenager.

Jones discusses the candidacies of Obama and Clinton.

The Democratic presidential race is down to two senators with roots in the state of Illinois. And although Barack Obama wasn't born in the state, it was in the land of Lincoln that both he and Hillary Clinton found their connection to faith.

Obama found religion in his mid-20s, after moving to Chicago in the 1980s. As a community organizer in the city's depressed south side, Obama began attending services at Trinity United Church of Christ, a black "mega-church" that stresses black self-reliance and community service. The title of Obama's recent best-seller, The Audacity of Hope, comes from a sermon given by that church's senior pastor, the Rev. Jeremiah Wright Jr.

Melissa Harris-Lacewell, an associate professor of politics and African-American studies at Princeton University, worshipped with Obama and his family when she lived in Chicago. Harris-Lacewell says the church's message drew people to the faith.

"I suspect that it was exactly that message, that 'You are good enough, God loves you, and if you want to demonstrate your love back to God, your responsibility is to your fellow men and women' — that was the attractive thing that finally led Barack Obama to actually join a church," she says.

In the predominantly white suburb of Park Ridge, to Chicago's northwest, Clinton grew up as an active member of the city's First United Methodist Church.

"She is one of the most committed Christians I know," said Rev. Don Jones, who served as the church's youth pastor when Clinton attended in the 1960s.

"There is a continuing thread through her life about caring for the poor, for the disadvantaged, and her attempt to play a role in achieving social justice," he said.

At 14, Clinton formed "babysitting brigades" to care for the children of migrant farm workers who had no other options for child care, Jones said. In previous comments, Clinton has said that Jones inspired her greatly by taking her to hear the Rev. Martin Luther King Jr. speak on the South Side of Chicago in 1963. Both Clinton and Obama cite King as a guiding source of inspiration in their lives.

Liane Hansen explored the candidates' roots in Illinois with the people who played key roles in their religious lives.