Accessibility links
Symphonic Forensics: Alsop's 'CSI Beethoven' Armed with a team of forensic specialists and a full orchestra, Baltimore Symphony conductor Marin Alsop investigates the deafness and demise of one of the greatest composers of all time, in concerts called "CSI Beethoven."

The Baltimore Symphony Orchestra is trying to solve two of music history's most enduring mysteries: Why did Beethoven lose his hearing, and what was the cause of his death?

Conductor Marin Alsop leads the investigation, along with the Baltimore Symphony Orchestra, in a series of concerts called CSI Beethoven. The orchestra plays selections from Beethoven's symphonies, joined by a team of forensic scientists — including Dr. Charles Limb, from the Department of Otolaryngology at Johns Hopkins University Hospital, and a leading researcher on deafness.

Dr. Charles Limb, from the Department of Otolaryngology at Johns Hopkins University Hospital, prepared these examples of what Beethoven's symphonies might have sounded like to the composer himself. 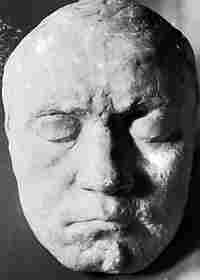 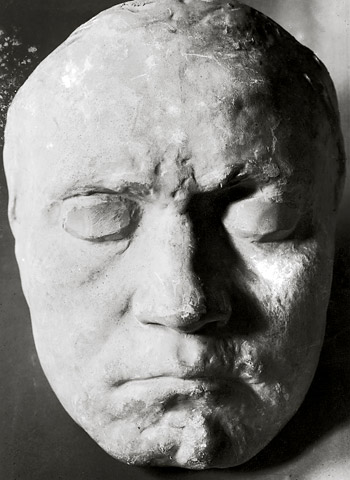 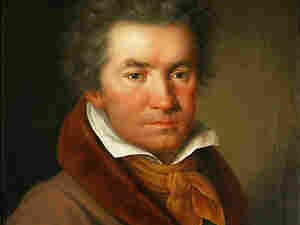 Beethoven was in poor health for most of his life. Conductor Marin Alsop, the Baltimore Symphony and a team of forensic specialists investigate the great composer's demise. Getty Images hide caption

In planning my first season as music director of the Baltimore Symphony, I wanted to focus on one dimension of the classical repertoire that could embody the greatness of the past and the excitement of the future.

For me, the nine Beethoven Symphonies were the obvious choice: They are multidimensional on all levels (musical, emotional, structural). They stretch and challenge every boundary, yet feel familiar and comfortable on a profound level.

For me, "access" and "inclusion" are the words I want people to associate with symphonic music, and the Beethoven Symphonies are my conduit.

For people who know and love the symphonies, discussions about Beethoven's unparalleled avant-garde approach gives me a chance to connect those people with today's working composers. And for those who don't understand Beethoven's relevance today, his nine symphonies give me an opportunity to trace our human condition back through today's composers to the extraordinary voice of the man we know as one of the greatest composers of all time.

But that's still not enough for me, because Beethoven remains untouchable—more like the disembodied bust on the mantel than the deeply expressive person he was. So how can we connect with Beethoven on a basic human level?

Perhaps by understanding the circumstances of his daily life: how he suffered, how he managed adversity, what mattered to him when he got out of bed in the morning.

My desire to understand the human side of Beethoven — combined with an obsession for forensic television programs like CSI and House — led me to the idea of CSI Beethoven.

With my orchestra, the Baltimore Symphony, I've assembled a team of experts, including Dr. Charles Limb of the Department of Otolaryngology at Johns Hopkins School of Medicine; Beethoven scholar Dr. William Meredith; forensic scientist Dr. Philip Mackowiac; and actor Tony Tsendeas, who will portray Beethoven.

Together, we will analyze Beethoven's symptoms, his circumstances and his psyche in an effort to understand how the greatest composer of all time lived with the traumatic loss of his hearing — as well as how he died, a subject still debated today.

Beethoven might remain a medical mystery, but CSI Beethoven will hopefully enable people to get to know him on a basic human level.

For me as conductor, getting to know the composer on many levels is the key to understanding the music. That's my first and main priority. I'm simply the messenger, and for that I need a personal understanding of what motivated him, what moved and touched him, and what led him to write the notes he chose to write.

I'm deeply in awe of Beethoven and the way he transformed the symphony. But I am even more awed by this human being who somehow transcended his suffering to write some of the world's most joyous, optimistic music — music that still has the power to change our lives.