Accessibility links
Deborah Voigt's 'Obsessions' Soprano Deborah Voigt has just released Obsessions, her first solo recording of Strauss and Wagner arias. The release coincided with her highly publicized firing from a Covent Garden production because of her weight.

Soprano Deborah Voigt is considered by many opera writers to be the finest interpreter of Richard Strauss' opera Ariadne auf Naxos singing today. Voigt made her Carnegie Hall debut on April 7, one day after releasing Obsessions, her first solo recording of Wagner and Strauss arias. 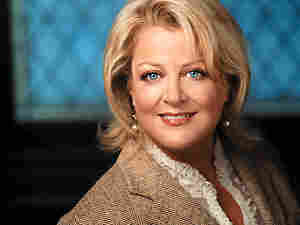 Opera soprano Deborah Voigt was fired from a production at London's Covent Garden Opera House because she couldn't fit into a cocktail dress that was to be her costume. Angel Records/Joanne Savio hide caption

The release of Obsessions coincided with an odd event that briefly transported Voigt from the arts page to the front page: She was dropped from Ariadne by London's Royal Opera because she was deemed too big to wear a little black cocktail dress in the contemporary production.

Voigt tells NPR's Robert Siegel about her new CD, the publicity surrounding the Covent Garden affair and her plans for the future.