Accessibility links
Shelby Lynne Channels Her Inner Dusty "I Only Want to Be with You" was Dusty Springfield's first solo hit, back in 1964. Now, rebellious alt-country singer Shelby Lynne, who's had an up-and-down career, has remade the song as part of a Springfield tribute album. It's a radically different version. 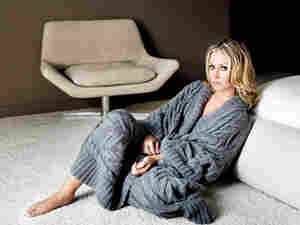 "It's crazy but it's true / I only want to be with you." When Dusty Springfield sang those words back in 1964, she sounded perky and peachy, declaring her love amid high-gloss strings and brassy horns. It was her first solo hit. Now, rebellious alt-country singer Shelby Lynne, who's had an up-and-down career, has remade the song as part of a Springfield tribute album. And it's a radically different "I Only Want to Be With You."

A low-key drummer and guitarist lend the song a bossa-nova feel, as electric piano riffs straddle the line between mellow and melancholy. Then there's Lynne's bittersweet voice. At first, it seems at odds with the lyrics, but as the song moves along, it becomes clear that she's revealing the quiet desperation that lurks beneath the words, which never reveal whether the guy really wants to be with her.

You can hear it in the hint of heartbreak that's part of Lynne's appealing alto, in the touch of tremolo when she says, "Now listen, honey." The result is a pop masterpiece that's as compelling as Springfield's original — and proof that, like Dusty Springfield herself, Shelby Lynne deserves a place in the top tier of women pop stars.