Accessibility links
Once-Socialist Damascus Displays New Wealth, Glitz The Syrian capital of Damascus is booming, due to economic reforms, high oil prices, investments from the Gulf and Syria's withdrawal from Lebanon. The government is encouraging citizens to shop and play at home. But it also faces a growing income gap. 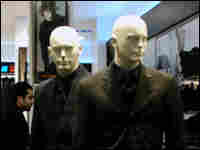 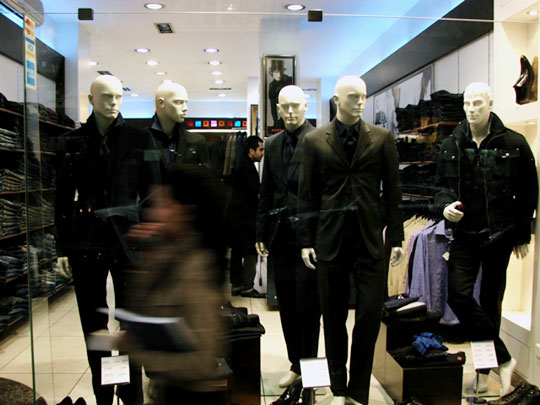 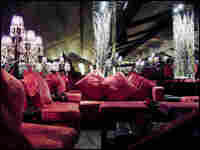 The city's young and wealthy no longer flock to Beirut for their nightlife: The rooftop Z Bar is one glitzy watering hole catering to the nouveau riche. Nezar Hussein for NPR hide caption 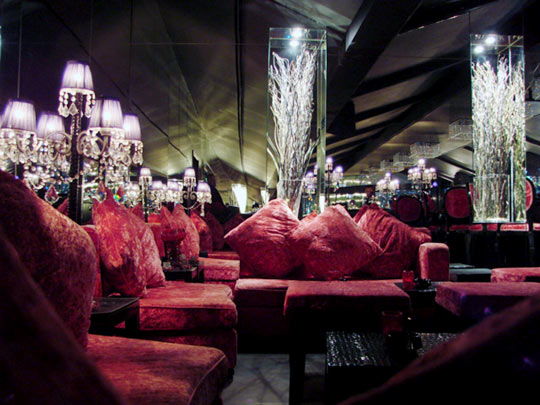 The city's young and wealthy no longer flock to Beirut for their nightlife: The rooftop Z Bar is one glitzy watering hole catering to the nouveau riche.

Syria's ancient capital, Damascus, is booming. Economic reforms, high oil prices, investments from the oil-rich Gulf and Syria's withdrawal from Lebanon have all contributed to the renaissance.

Syria was forced out of Lebanon three years ago, following the assassination of former Prime Minister Rafik Hariri. Lebanon's capital, Beirut, was once a shopping haven for Syrian consumers. Now, Syria's government is encouraging Syrians to shop and play at home.

Almost every week, another brand-name coffee shop opens in Damascus. New hotels are going up. Syrians can now put their money in private banks, and Western goods flood into the capital. Once a strict socialist economy, Syria is changing fast.

"A few years ago, nobody would have imagined Syria to be like this," says journalist Ibrahim Hamidi.

After the withdrawal from Lebanon, the government accelerated economic reforms, Hamidi says. Everything Syrians used to go to Lebanon to buy is now available at home.

Analyst Reem Alaf says some Syrians call this the "Beirutization" of Damascus.

"Beirut was always the great shopping experience — the capitalist dream that [Syrians] didn't have.

"In addition ... over half of the population is under the age of 20. It's a very different generation that is looking for new things that the old Syria was not giving them," she says.

Vice Prime Minister Abdullah Dardari, who is in charge of transforming the economy, says that Syria is breaking out of the old socialist model.

"This country has changed — and this change is irreversible. The wheel is already set in motion," Dardari says.

Record oil prices have helped. Investors from the Gulf states, including Iran, have poured money into the country. Despite U.S. sanctions, European trade has increased. Dardari acknowledges that the break with neighboring Lebanon played a role.

"Before the political problems in Beirut, there was a clear decision: We should no longer push the Syrian affluent society to go to Beirut. ... If they want to consume these products, let them consume them here," he says.

Saloom modeled her bar on Beirut's most famous watering holes.

"I always thought, 'Why do young Syrians go and spend their money in Lebanon? Why [do they] have to cross borders in order to enjoy a drink, have fun and dance?'" she says.

Syria has gone a long way to prove it doesn't need Lebanon anymore, and this is also new, says Saloom.

"What happened in Lebanon made Syrians improve internally. We have banks, we have insurance companies, [the] English language is now a must," she says.

Not All Are Benefiting Equally

But journalist Hamidi argues that the new era has not reached Syrians stuck in the old economy — for example, those in low-paid government jobs.

"Syria ... is changing dramatically, but not for all Syrians. The wealthiest are getting wealthier, [the] poor are getting poorer and the middle class is shrinking," Hamidi says.

That's the result of a country rapidly transforming a 40-year history of economic control from the top. Josh Landis, an American academic who specializes in Syria, says China is Syria's model: Keep a tight lid on political opposition, open the economy and try to manage the growing income gap.

"The big question for the Syrian government is, can it keep a lid on it? Can they get the trickledown fast enough so that people don't give up hope, so the rising expectations don't explode in their hands?" Landis says.