Kaplan is the War Stories columnist for Slate.com and the author of The Wizards of Armageddon. 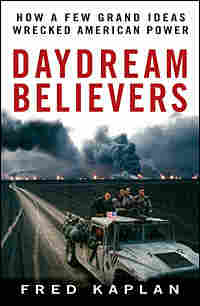 Nearly all of America's blunders in war and peace these past few years stem from a single grand misconception: that the world changed after September 11, when in fact it didn't.

Certainly things about the world changed, not least Americans' sudden awareness that they were vulnerable. But the way the world works—the nature of power, warfare, and politics among nations—remained essentially the same.

A real change, a seismic shift in global politics, had taken place a decade earlier, with the collapse of the Soviet Union and the end of the Cold War. Yet America's political leaders at the start of the twenty-first century misunderstood this shift—and in a way that their misreading of 9/11 would exacerbate.

George W. Bush and his top aides in the White House and the Pentagon came to office believing that the United States had emerged from its Cold War victory as the world's "sole superpower" and that they could therefore do pretty much as they pleased: issue orders and expect obeisance, topple rogue regimes at will, honor alliances and treaties when they were useful, and disregard them when they weren't.

But in fact, the end of the Cold War made America weaker, less capable of exerting its will on others. And its leaders' failure to recognize this, their inclination to devise policies based on the premise of omnipotence, made America weaker still.

For all its rigidities and horrors, the Cold War was a system of international order and security. Most nations fell into one of two camps: the American-led West or the Soviet-controlled East. In exchange for their loyalty or submission, these countries received guarantees of protection. The collapse of the Soviet Union at the end of 1991 meant the collapse of this system—and the evaporation of the threat whose very existence had bolstered America's power and influence.

As long as there were two superpowers, the countries in between often felt compelled to pay fealty to their protector's interests, even when those interests collided with their own. Now, in a world with just one superpower, there was no fulcrum of pressure, no common looming enemy, to keep the bloc in line. Many of America's allies remained allied, whether out of inertia, shared values, shared interests, or a continuing desire for security. But they were also free to go their own way, pursue their own interests, form their own alliances of convenience, without much regard to Washington's thoughts about the matter.

There were two traditional courses a president might have taken to preserve American influence in this geopolitical setting. One was to don the mantle of explicit empire: build up vast armies, deploy them worldwide, and not hesitate to unleash them when necessary. But there was neither the money nor the manpower for a truly imperial army; nor did the American people have the stomach for prolonged engagement in brutal, distant wars.

The other course was to revitalize alliances, renovating the old ones, cultivating new ones, forging as many links around as many issues and interests as possible. A president could have taken this course for purely pragmatic reasons. Powerful nations, especially powerful democracies, have always needed allies, if not to get a job done, then to get it done with shared burdens and legitimacy—to get it done and keep it done. And in a world with no opposing superpower to cement its alliances by default, the United States would need allies more than ever and would have to work harder at diplomacy to lure—and keep—them on board.

Few in high office recognized this paradox of power. To President George W. Bush and most of his aides (as well as the Republican-controlled Congress, many editorial-page writers, and a growing number of Democrats), American power seemed not merely undiminished but nearly absolute. It was a new era, time to devise new ways of seeing and dealing with the world—new strategies that would take full advantage of what they saw as their unbridled supremacy.

The traditional paths to influence were waved off as the figments of "old thinking." Multinational diplomacy was unnecessary; the United States could go it alone. Fine if allies wanted to come along; even better—less constraining—if they didn't. Nor were massive armies any longer a prerequisite to dominance. New American-made technologies made possible lightning victories on the battlefield with far fewer troops and much lighter armaments. The mere demonstration of these weapons, of how quickly they can crush an enemy's army and destroy its regime, would compel other foes to change their ways and fall into our orbit or else face the same doom. Other new technologies, it was believed, would soon allow us to shoot down an enemy's nuclear missiles, ending the twentieth century's most harrowing nightmare and nullifying the one grave threat that hostile regimes might still pose.

These ideas had been developed and debated all through the 1990s by foreign policy intellectuals, many of them former midlevel officials in the Republican administrations of Ronald Reagan and George H. W. Bush. Exiled to think tanks during the Democratic reign of Bill Clinton, they were now ushered back to power by the election of Bush's son—and eager to translate their ideas into reality.

In the opening months of George W. Bush's presidency, they met the resistance that new ideas usually spark from bureaucracies. Then came September 11. The attacks on the World Trade Center and the Pentagon weren't quite unprecedented in the annals of history, but they were new to American soil, and top officials quickly agreed that they demanded a new kind of response—a new strategy for dealing not just with the attackers but with the entire range of threats in the post–Cold War world.

These policy intellectuals—some called themselves "vulcans" or "neoconservatives"—had a new strategy set to go. And nobody else did, at least nobody so highly placed or committed. Their strategy, which converged neatly with Bush's and his top officials' own predilections, would serve as the framework for how to look at the world and what to do next.

America would go to war against this new kind of foe; the intellectuals had a strategy for a new kind of war. The old rostrums of stability, deterrence, and containment were deemed irrelevant (after all, they hadn't prevented 9/11); the new strategists called for regime change, preemption, and victory. And their concept of victory was expansive, to include not only defeating an enemy in battle or "making the world safe for democracy" but—in an ambitious twist on that age-old ideal—remaking the world into a democracy.

Yet this new strategy was not as new as it seemed. Pieces of it had been around for decades, had been tried before, and had proved illusory. Some of them, this time out, appeared to hold more promise. Technology had improved; the political climate was more receptive. But the world hadn't become so pliable. The laws of physics remained intact. Military and political power still had their limits.

Bombs could now hit targets with uncanny precision, and armies could maneuver across landscapes with impressive speed. But winning battles didn't mean achieving the objectives of a war. Toppling a rogue regime was one thing, and not always easy; but propping up a new government to replace it was another thing entirely, and creating the conditions for democracy was something else still.

There were some appealing ideas in the new strategy. But its champions—once in high office, keen to carve out new policies—started to tout and embrace the ideas as if they were elixirs, not merely useful tools. They grew entranced by the new kinds of power—the new kind of world—that these ideas might bring into being. The ideas morphed into a vision, the vision into a dream. After September 11, they took their dream into the real world—acted it with open eyes—and saw it dissolve into a nightmare. 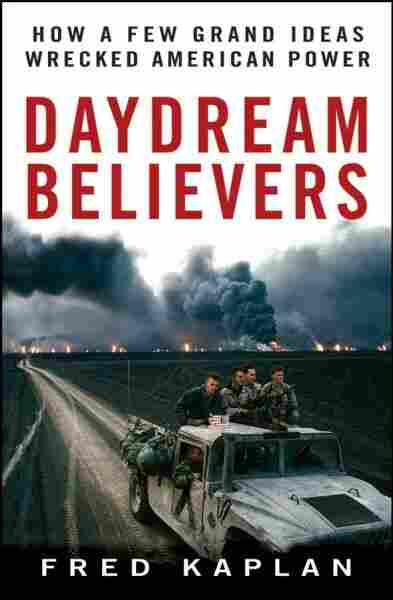