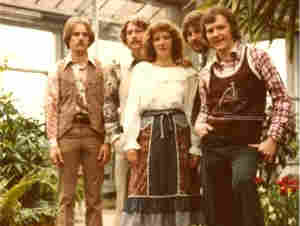 When out-of-print albums command hundreds and sometimes thousands of dollars, Internet users take to the blogs to download low-quality MP3s of poorly kept vinyl. It's hard to blame hardcore seekers who have given up on finding rare '70s psychedelic-rock records that had been privately pressed in scant numbers. That's where Anthology Recordings comes in.