Accessibility links
Acclaimed Irish Playwright's Film Debut: 'In Bruges' Playwright Martin McDonagh makes audiences laugh — and makes them uncomfortable about what they're laughing at. He's had hits on London's West End and Broadway. Now, the Irish writer is set to make a new audience squirm — and chuckle — as his screenwriter-director debut, In Bruges, opens in U.S. theaters.

Playwright Martin McDonagh can make audiences laugh, and he can make them uncomfortable about what they're laughing at. He's had a string of hit plays on London's West End, most recently with The Pillowman, and he has won four Tony Awards for his Broadway productions.

Now, the Irish writer is set to make a new audience squirm — and chuckle. This weekend, he hits U.S. movie theaters with his debut as a screenwriter and director: the film In Bruges. 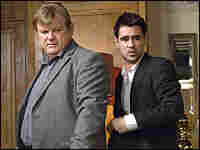 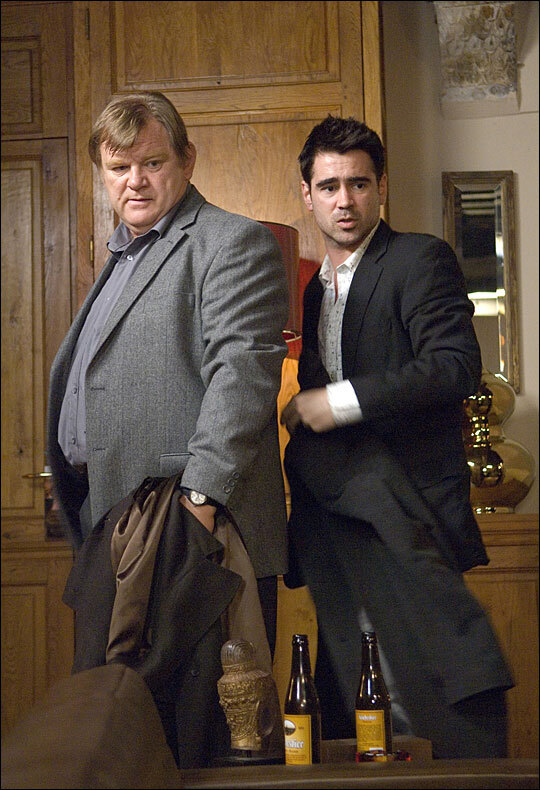 'This Is the shootout' 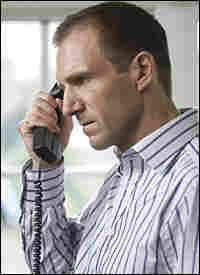 A pair of Irish hit men, looking like a disreputable Laurel and Hardy, have been sent to Belgium to lie low after a job, and await further instructions. Ken, the bigger of the two, wants to sightsee in what his guidebook describes as "the best preserved medieval city in Europe." His buddy Ray sees history as just a lot of "stuff that already happened," and would rather drink in their hotel.

Until, that is, Ray meets a local babe who's working on a film set — at which point he doesn't want to hang around for further instructions. He wants to get out in the city.

Writer-director Martin McDonagh likes contrasts. He's cast the lumbering Brendan Gleeson and the diminutive Colin Farrell as his leads, crammed a storybook locale with lots of thugs and grifters, mixed sly humor with pools of blood, and found room on the sidelines for pregnant hotel owners, coke-snorting dwarves, and a film-within-a-film that lets him make lots of movie jokes. Pretty ambitious for a first feature, but drama critics have been calling him a "stage Tarantino" for a while, so maybe he's been building to this all along.

Certainly he's not shy about tweaking film conventions, or having his characters talk about them — as when, say, that pregnant hotel owner plants herself on a staircase between Ray and his by-this-time very angry boss, who's played by Ralph Fiennes. She suggests they put their guns away and go home. Fiennes looks at her and says, "Don't be stupid. This is the shoot-out."

I should note that In Bruges overdoes it at times, especially in the violent last half-hour, when you realize that a lot of things that had earlier seemed pleasantly offbeat and quirky are now falling so neatly into place that you can practically see the authorial hand guiding them.

Still, when the characters are talking rather than shooting, In Bruges is plenty engaging. And McDonagh's camera work is, too: He makes "the best-preserved medieval city in Europe" look awfully pretty, right up until his gunmen make it look just a little too red.