Accessibility links
Vollmann Hops Trains, Lives to Tell All Author William T. Vollmann took a deep dive into the culture of "catching out." Vollmann hopped freight trains around the United States, meeting hobos, tramps and prostitutes. He writes about his travels in Riding Toward Everywhere. 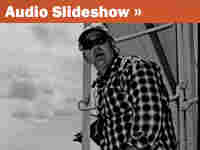 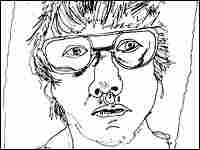 Author William T. Vollmann took a deep dive into the culture of "catching out."

Vollmann hopped freight trains around the United States, meeting hobos, tramps and prostitutes. He writes about his travels in Riding Toward Everywhere.

He says catching out has become much harder, as rail companies modernize. "The technology is changing, so there are fewer boxcars and more container cars," he says. "Everything is ridable to an expert, but . . . there are no experts."

Plus, Vollmann says, the hobo and migrant worker economy has gone dry. But for sheer sensory pleasure, almost nothing beats being on a train. He describes being on a freight train as something like "being in a kernel of popping pop corn." It's Vollmann's favorite way to travel. 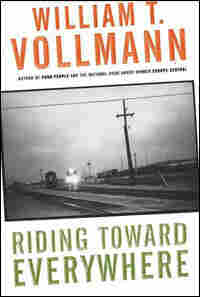 Chapter One: A Short Essay on Freight Trains

I am my father's son. On a recent Christmas, in the bakery which not only is the best in town but never forgets it, we were waiting to pick up our pie, and my father came to my side to chat with me. One of the highest sugar-and-butter arbiters, who puts the public in its place even in seasons when it cannot overwhelm her, commanded: Sir, you need to stop blocking the line right now!—My father turned to me and remarked conversationally: Give some people a little power and they turn into Nazis, don't they?

My father grew up in an era when to be an American—a white American, at least—was to be yourself. In some respects his generation was more ignorant, complacent, self-centered and parochial than mine. For better and for worse, it actually believed in progress, which is to say that it was also more sure of itself, comparatively self-reliant and accordingly less corrupted by toadying—more American in the best sense. My grandfather's time must have been even more individualistic. With his by-Gods and goddamns, my grandfather laid down opinions without great reverence for the judgments of others. —I just don't know, Bill, he said once at a museum exhibit on the history of female suffrage. Maybe we shouldn't have given women the vote. What do you think? —And he got his reward: glares of hatred and outrage from all ladies present. —Does contrarianism equal freedom of thought? I prefer my grandfather's abrasive and frequently tedious self-assertion to my neighbors' equivalently wrongheaded chorus. But should I labelhim any the less conformist? He once told me that if I had been his son he would have beaten my differentness out of me. It was his faith that American authority could do no wrong, in evidence of which I quote one of his pronouncements: You know what burns me up? All those rioters complaining about the police trampling on their rights! Don't they get it? When there's a riot, those sons of bitches have no rights! —As for my father, his epoch was the heyday of the Organization Man, and he respected rules, hierarchies and technocratic methods more than he knew; he simply happened to be good enough to make some of the rules. I once asked him why he wore a suit every working day, and he replied that one picks one's battles and he had more interesting battles to fight than dress code skirmishes. He was right. When I need to meet somebody important in Japan, I wear my suit. It is probable that my father enjoys his suits more than I do. In any event, fortified by them he looked factory managers in the eye and told them exactly where they were screwing up. —Weren't you just a little hard on those guys? an Associate Vice-President inquired—an accolade my father reported with glee. He taught his students without fear or favor, never missing a lecture in all the decades of his career. He worked hard, lived the life he chose, and said precisely what he thought. On his desk lay a paperweight engraved with his favorite motto: Bullshit Baffles Brains.

I am my father's son, which is to say that I am not exactly my father. In some ways I am shyer than he, in others more extreme and bold. My father believes that drugs should be legalized, regulated and taxed. So do I. My father has never sampled a controlled substance and never will. I've proudly committed every victimless crime that I can think of. My father actively does not want to know which acts I have performed and with whom.

I still go to the bakery my father hates, and the woman who told my father to get back in line nods at me. My father will never go back there. Perhaps if I were more my father's son I wouldn't patronize the place, either. But I am less proud than he, more submissive—or maybe more indifferent.

I work hard, make money, not as effectively as my father did but well enough to get by. I say what I think, and sometimes get a reward surpassing my grandfather's: death threats. So far, I've never missed a deadline for a term paper, a review, a manuscript. I perform the mumbo-jumbo of voting with belief in my heart, I've not yet won even a jaywalking ticket, and unlike my father, whom I fault in this respect, I refrain from opting out of jury duty; instead, they mostly kick me out.

My father hates organized religion, probably because he hates the God who killed his little girl back in 1968. I find religions variously bemusing. My father likes nice cars and is a sucker for the latest gadget. I enjoy the few mechanical devices which are simple enough for me to understand, such as semiautomatic pistols. My father hunted in his youth and still occasionally shoots handguns with me, but has come to disapprove of civilian firearms ownership, an attitude which disappoints me. He has voted Republican most of his life, but he and I agree in hating the current President.

My father has lived in Europe for many years. I am not sure that he realizes how much his native country has changed. People don't dare anymore to talk back the way he used to.

As I get older, I find myself getting angrier and angrier. Doubtless change itself, not to mention physical decline and inevitable petty tragedies of disappointed expectations, would have made for resentment in any event; but I used to be a passive schoolboy, my negative impulses turned obediently inward. Now I gaze around this increasingly un-American America of mine, and I rage.

So many of these developments are well-meaning. Children must buckle up in the school buses, and, speaking of children, I had better not enter into conversation with a child I don't know, in case the parents brand me . . .

The foregoing is excerpted from Riding Toward Everywhere by William Vollmann. All rights reserved. No part of this book may be used or reproduced without written permission from HarperCollins Publishers, 10 East 53rd Street, New York, NY 10022

I Often Dream of Trains 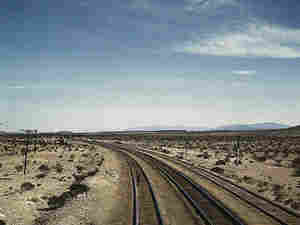 I haven't been on nearly as many trains as William Vollmann. In Riding Toward Everywhere, he writes about a world of violence and addiction by the rails — I've never passed through those junctions.

But I have seen the world from a boxcar door, and I do know why — once you've hopped a freight train — it's killing hard to stay away.

If you've ever climbed into a cold metal car and felt the wheels ka-chunk into motion, that feeling, all those feelings — the motion and sound and sight of the countryside appearing and disappearing frame by frame — they'll haunt you. And let's face it — trains haunt us anyway, even from a distance. They certainly haunted musicians like Hank Williams, with his "Lonesome Whistle Blow," the Grateful Dead with "Casey Jones," Woodie Guthrie with "New Baby Train," Gladys Knight with the "Midnight Train to Georgia."

I hopped my first train with a friend in New England a couple years after college, and my brain has never been the same.

Some things, once you see them, you can't unsee them. It could be a horrible thing, like an act of violence or a disfiguring disease. Or it could be a beautiful thing, like what you see from a freight train threading woods and backyards in fall time, in summer, or anytime. Being on a freight amplifies your experience of your own mind — sort of the way a drug might, or wearing headphones on a walk around the city, except that it's real. You really are in a boxcar. You really did slip past those kids playing touch football, or that moose, or that dog racing the engine and losing. You see the world that way, you can't unsee it. You'll plead with God for another chance at it.

So I told my kid brother, Brian, and he started wanting it, too.

I never should have let my brother know about the trains. I should have realized how strongly trains pull on kids, too. Brian would come to show me that himself. I ended up raising him for a good part of his childhood, and right about the time he hit 11 or 12, my brother took to the rails. And I mean really took to them.

He'd go missing around supper time, and then in the morning we'd get a call from the police in whichever small town they'd pulled him off in. I'd drive the hour or so to pick him up. Here he'd come, his backpack clattering with pots and pans tied on. We'd throw it in the station wagon and then drive home with me pounding the dashboard and hollering at him the whole way.

We both knew my arguing about against riding freights was artificial. If I hadn't been made by fate to call hoboing a venal sin, there's no place I'd rather have been than sitting by the tracks waiting for my next ride.

Whenever Brian went away, for summer camp or a visit home, I got another chance to catch out.

We lived together, my brother and I, each of us straining not to get on a freight train — tempted by every junction, every track, every whistle in the night. One time, we were at a summer stock production of Hamlet, and just at the grave scene, where Hamlet jumps up with that skull in his hand, a train came blowing through the night outside. My head turned toward the sound, and I felt my brother grow tense beside me, each of us knowing firsthand the junction it had passed through, only him knowing firsthand the one where it was heading.

My brother soon surpassed me in freight riding. Brian was super young and a guy and had a lot less to lose by crossing the border into Canada on the roof of a round-hole hopper. I was stuck with dreams of trains. My sleeping hours overflowed with images of families riding in boxcars outfitted with living room furniture. In my dreams, I'd catch trains into Canada — big trains, fast trains, slow trains, little trains like the ones that go around the zoo.

Toward the end of our time together, I took Brian for physical with a new doctor. The office was in an old train depot, and we walked in to find an enormous map of the U.S. rail system. It was maybe 10 feet by 10 feet, bigger even. Huge. My brother stopped. I stopped. We stared up at it, taking in the information — the possible rides.

I asked my brother if he ever dreamed about freight trains. He kept his eyes on the rail map and told me, "All the time. All the time." 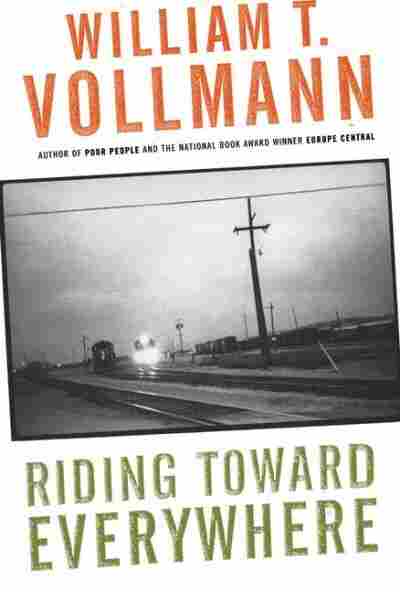