Accessibility links
'4 months, 3 weeks and 2 days' A Romanian university student attempts to orchestrate an illegal abortion for her roommate; in the process, she encounters the seedy, even dangerous sides of a country where director Cristian Mungiu suggests self-interest drives day-to-day life. 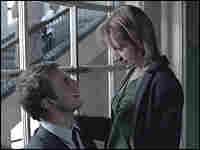 Romania, 1987: It's two years before the fall of Nicolae Ceausescu's dictatorship, and some 20 years after he had outlawed abortion — not from any moral objection, but in order to increase the country's birth rate and work force. But it's an Iron Curtain country, with a thriving black market in pretty much everything, and now two young women seek to terminate a pregnancy.

With that in mind, Bebe demands more money, and the fact that the women don't have it doesn't keep him from exacting additional payment. When the deed is done and the piper paid, Otilia must swallow her fury and disgust and go to a prearranged dinner with her boyfriend's family. In her guarded opacity there, director Cristian Mungiu finds a perfect parallel for the ways Ceausescu's subjects camouflaged their wretchedness and anger — and this rivetingly brutal film expands from anguished domestic drama to portrait of a people. 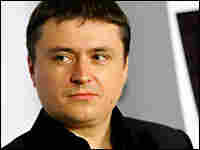 In 1966, Romanian dictator Nicolai Ceausescu sought to boost his nation's population by criminalizing abortion, declaring, "The fetus is the property of the entire society... anyone who avoids having children is a deserter who abandons the laws of national continuity."

We'll talk to Mungiu about his experiences growing up under a totalitarian regime and his inspiration for 4 Months.