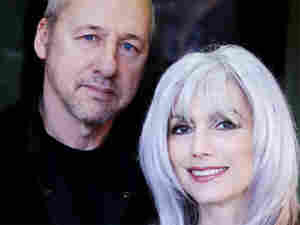 Both legends in their own right, guitarist Mark Knopfler and vocalist Emmylou Harris spent seven years recording All the Roadrunning, which was released in 2006. The former Dire Straits singer and guitarist, Knopfler wrote 10 out of the album's 12 cuts, while Harris contributed the other two.

In this interview, they talk about working together as writers and as singers, singing "courting" songs, the inspiration behind each of the songs they play, and whether current events had an impact on any of the subject matter on the album.

Album
All the Roadrunning
Artist
Mark Knopfler and Emmylou Harris