Accessibility links
An Ode to Hickeys For Valentine's Day, there's the heart-shaped candy, the chocolate kiss, and the hickey? We talk to an array of people about the "love bite" and find that some hold this special kind of bruise close to their heart, while others are appalled by the very word.

Listen
An Ode to Hickeys 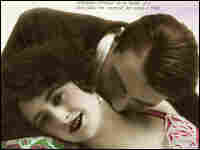 Beware the hickey! By some people's standards, the woman pictured, and other adults, may be too old to walk around with a love bite. PoodlesRock/Corbis hide caption 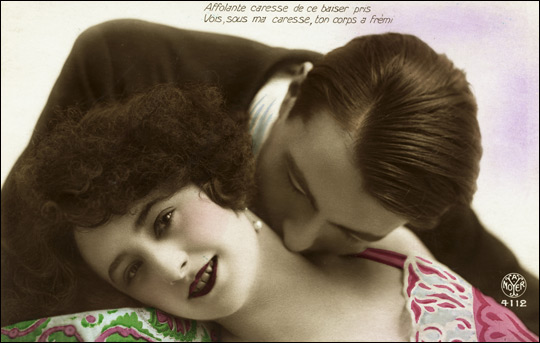 Beware the hickey! By some people's standards, the woman pictured, and other adults, may be too old to walk around with a love bite. 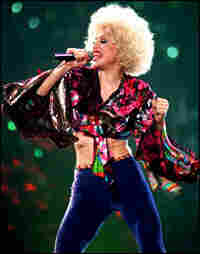 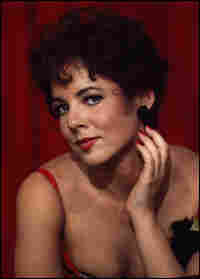 Is Rizzo hiding a hickey? "I've got so many hickies people will think I'm a leper," she famously says in "Grease." Alan Pappe/Corbis hide caption

I've never understood grand romantic gestures like sky writing your Valentine or popping the question on the jumbotron at a Lakers game. But the other day, I saw something truly impressive: Standing behind the counter of my local Starbucks was a barista with a hickey on her neck so big, it looked like a map of the former Soviet Union — a hickey!

I've always had a really strong aversion to hickeys. When I asked around in the coffee shop, I found that I am not alone.

"They really indicate a strong level of lack of forethought, and turtlenecks are hard to wear in Southern California," said Julie, 30. She was on a first date with a man around the same age, and she seemed eager to lay down the law. "Thirty is too old," she said sternly.

Indeed, age is a factor for many.

"I don't think adults really mess around with hickeys," said another coffee-drinker before admitting, "I get hickeys on my chest."

A pair of young men who work in production showed that they had not succumbed to the exhibitionist X-rated temptations of Hollywood.

"It says I have no class and no sense of privacy," said friend A.

"I am going to wonder what kind of person they were with. Was it a sucking monster?" said friend B.

While listening to these hickey insights and imagining these big, nasty bruise, I began to wonder — why? How does this happen physiologically? So I called Day to Day's resident medical expert, Dr. Sydney Spiesel (more accustomed to answering questions about matters like vaccinations and laser eye surgery.)

"What happens is actually pretty simple," he said. "The administerer of the hickey applies lips to the neck and creates a vacuum. And if that vacuum is strong enough, the little capillaries in the skin break and they cause what doctors call, 'ecchymosis' and what normal people call a 'bruise.'"

Not exactly pillow talk. Basically this souvenir of a long moment's passion is a physical injury. And yet, upon closer examination, is it possible there's a sweeter side to a minor hematoma?

Among the hickey hatred, I found a few who think so.

Raymond, a 40-year-old bouncer at a bar, proudly explained that his fiancée often gives him hickies on his chest, neck and back. "It's a natural thing, you know. Two people in love, why shouldn't they share it?"

For Valentine's Day he plans to give his lady, "Chocolate covered strawberries and a nice big hickey."

Should he ever need to hide his hickey however, he has a cheap solution:

"Get you a nice silver spoon, put it in the freezer, let it get real nice and cold and apply it on your neck with some pressure for about five or 10 minutes."

Dave, a real estate investor, had another antidote:

"You take a lipstick cap, basically, and put it against the hickey and keep on turning until the blood vessels disappear," he said. "Trust me!" he said, noting a flicker of disbelief in my eyes.

Dr. Spiesel, however, is not convinced.

"I can't imagine how any of those could work. It seems to me they would just make it worse," Spiesel said. "There are two ways of dealing with this. One is you wear a high collar. And the other is very good covering make-up."

If none of these work, just stay home — for one to two weeks. By then, Valentine's Day and your love bite should be little more than a distant, purplish memory.