Accessibility links
Sia Learns to Sound Like Herself Her music has been featured on HBO, with the band Zero 7, and in your local Starbucks. But with a new album out and a U.S. tour about to start, the singer known as Sia says she's finally beginning to hear her own voice.

For her new album, Some People Have Real Problems, Sia used her Web site to commission artwork from her fans for each of her songs. 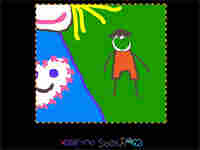 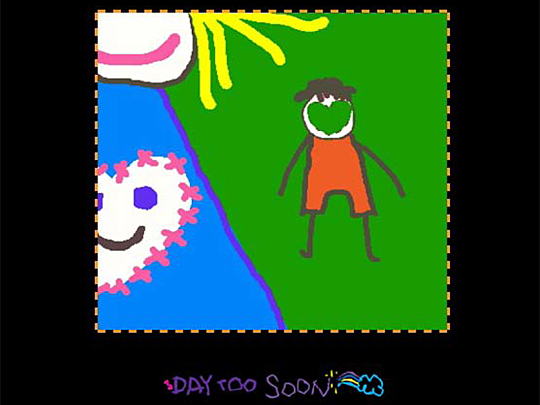 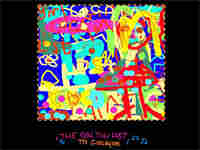 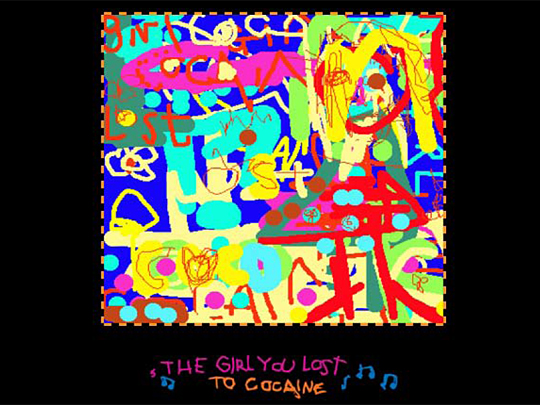 'The Girl You Lost to Cocaine' 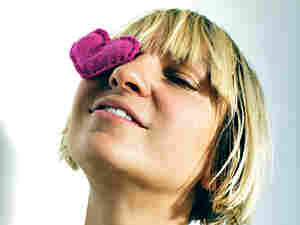 Chances are good that, even if you haven't heard of Sia Furler, you've heard her music.

The song "Breathe Me" helped launch the Australian-born singer's career in the U.S. after it appeared in the final episode of HBO's Six Feet Under. Furler, who records as Sia, has also sung with the band Zero 7, and you may have heard her new album when you ordered your morning latte — it's out on the Starbucks label, Hear Music.

On the eve of a U.S. tour, she spoke with Alex Cohen at NPR West. Sia says she'd heard her own album for the first time only a few days ago.

"Well, actually, I was having a hard day, and so maybe this makes me an egomaniac, but I went on my own MySpace page, to look at compliments that people had written," Sia says. "I thought, 'That'll buck me up.'" The Web site started playing back her own music. "It was the first time I'd ever detached from something that was mine, and I pretended someone else was singing it to me. And I felt comforted. Isn't that really weird?"

Sia titled her new album Some People Have Real Problems — she says the idea came from the experience of recording. She wanted the title to keep her humble.

"We would have all these bourgeois problems," Sia says. "People would come in and they'd be like, 'Oh, my coffee is bitter,' or 'There's not enough hors d'oeuvres.' ... I don't know how it came about, but suddenly we started saying to each other, 'Yeah yeah, but some people have real problems.'"

Critics have pointed out her vocal flexibility and ability to draw from the techniques of many different artists. A recent review in The New York Times ends with this phrase: "Sia is still just learning to sound like herself."

After a lifetime of learning to sing by emulating others, Sia says she agrees. "After a while, when you sing along to something until you feel like you can sort of go unnoticed — after a while, I guess it's an amalgamation of all those voices," she says. "When you write something original, you can't really revert back to anyone."

Sia admits that at times, she has trouble hearing her own voice in performance. But even on the eve of her U.S. tour, she says it doesn't really bother her.

"For me, if I've had a bad show, it's not because I hit a bum note — it's because I told bad jokes and didn't connect with them," she says. "I don't go to shows because I just want to listen to the music performed live. I want to get to know the person who's performing it. Or I want to, like, take away a sense that I had an experience that nobody else is going to have again, or a unique experience for that moment."