Accessibility links
Recipes from the President's Kitchen Hercules, a slave of George Washington, and James Hemings, owned by Thomas Jefferson, began a long connection of presidents and their African-American cooks. Read recipes (and a story) from some of those cooks.

Recipes from the President's Kitchen

Recipes from the President's Kitchen 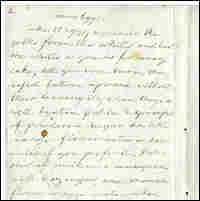 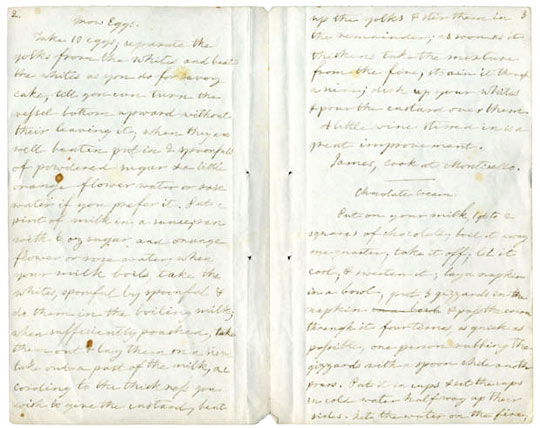 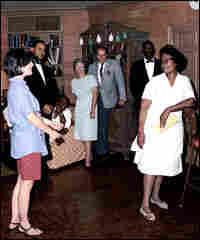 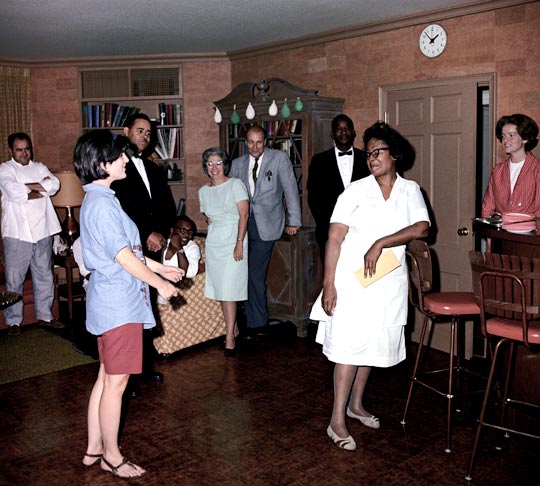 Luci Johnson (left), one of the President Lyndon Johnson's daughters, speaks to Zephyr Wright during the White House cook's birthday party in 1965.

Hercules, a slave of George Washington, and James Hemings, owned by Thomas Jefferson, began a long connection of presidents and their African-American cooks. Read recipes (and a story) from some of those cooks.

This is James Hemings' recipe for "Snow Eggs" written out by Thomas Jefferson's granddaughter, Virginia:

Recipe: Take 10 eggs, separate the yolks from the whites and beat the whites as you do for the savoy cake, till you can turn the vessel bottom upward without their leaving it; when they are well beaten, put in 2 spoonfuls of powdered sugar and a little orange flower water or rose water if you prefer it. Put a pint of milk in a saucepan with 6 oz sugar and orange flower or rose water; when your milk boils, take the whites, spoonful by spoonful and do them in the boiling milk; when sufficiently poached, take them out and lay them on a sieve. Take out a part of the milk, according to the thickness you wish to give the custard. Beat up the yolks and stir them in the remainder; as soon as it thickens, take the mixture from the fire; strain it through a sieve; dish up your whites and pour the custard over them.

A little wine stirred in is a great improvement.

Zephyr Wright was both maid and cook for President Lyndon Johnson. Leonard H. Marks, director of the U.S. Information Agency during the Johnson administration, tells this story about how she may have influenced his work on civil rights reform.

"Many say that Lyndon, because he came from the South, didn't believe in civil rights. Lady Bird had two people as hired help, Zephyr and Sammy Wright. Zephyr was the maid and cook, and Sammy was the chauffeur. At one of the luncheons I attended before Johnson became president, Zephyr was serving when Lyndon told her that she and Sammy should get ready to drive to Austin. The family would join them later. She said, "Senator, I'm not going to do it." There was silence.

She said, "When Sammy and I drive to Texas and I have to go to the bathroom, like Lady Bird or the girls, I am not allowed to go to the bathroom. I have to find a bush and squat. When it comes time to eat, we can't go into restaurants. We have to eat out of a brown bag. And at night, Sammy sleeps in the front of the car with the steering wheel around his neck, while I sleep in the back. We are not going to do it again."

LBJ put down his napkin and walked out of the room. Later, when Johnson became president and signed the Civil Rights Act of 1964 into law Zephyr was there. Johnson motioned to her, gave her the pen that he used to sign the bill. He said, "You deserve this more than anybody else."

Steam shrimp until done — approximately 5 minutes or until pink.

Gradually combine bouillon and milk with onion and spice mixture, stirring until thickened.

Add cooked shrimp and lemon juice, cooking only enough to heat through.