From 'The Irrational Numbers' 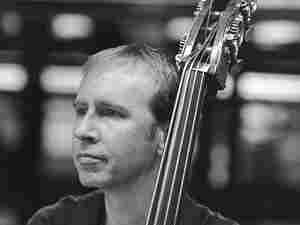 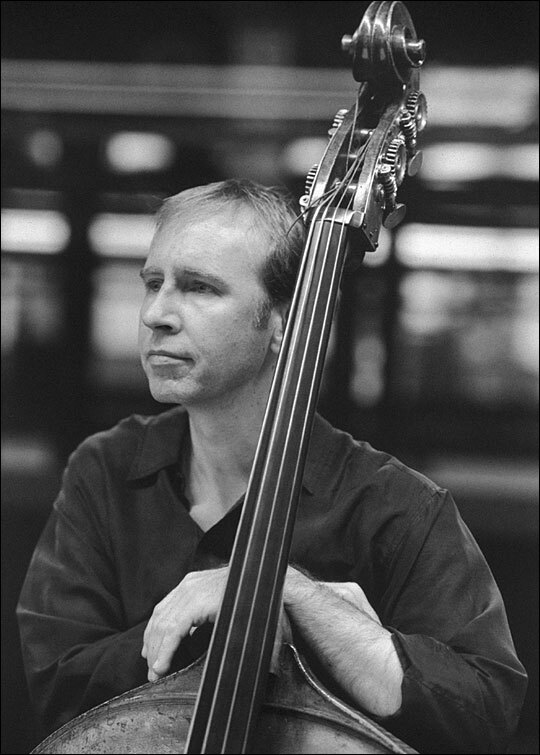 Jazz bassist Drew Gress has a deep tone and a deep knowledge of harmony, which makes him a good foil for lyrical pianists like Fred Hersch. But his big ears and resourcefulness also serve him well in more open, less-structured improvised settings. Gress' broad range of interests and skills make his own albums, including his new one, particularly interesting.

In truth, the numbers the band plays are less "irrational" than unpredictable. Gress looks for ways to sidestep jazz's usual performance format, wherein the band plays the melody, several members take solos one after another, and then they play the melody again. One way around that is to set up what some call "duo solos": having two players improvise at the same time. For Gress, it's an update of how horns intertwine in old New Orleans jazz.

Instead of keeping the written and improvised parts of a tune separate, Gress might layer one over the other. He'll use written lines to underscore or bolster a solo.

Gress' quintet has toured a bunch since recording the fine 7 Black Butterflies in 2004. And you'd need a yard of paper to chart all the bands where two or more of these players have played together. That's one reason everyone sounds so in sync idea-wise. When modern jazz bands improvise, there's a tendency to ramp up the energy. But this collective can improvise quietly, too.

As a composer, Gress is interested in unifying the sound of an album by writing themes that echo or resonate off each other. His tune "Fauxjobim," in the middle of the program, makes covert reference to the Sousa march "Stars and Stripes Forever," which is radically recast as a slow ballad at the end of the disc.

Much as Gress likes aggressive playing, he doesn't deny his love of good melody. On The Irrational Numbers, the way he plays those tendencies off each other may be one more way he defeats expectations. But it's not like musicians have to choose. Why not have it all?