Accessibility links
Book Takes Wide-Angle View of a Changing Planet A new book, Our Changing Planet: The View from Space uses dramatic satellite images to document the dynamic rock called Earth. Photos, detailed charts and diagrams illustrate how the planet is changing — from the destruction of the Aral Sea to the spread of pollutants. 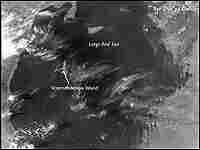 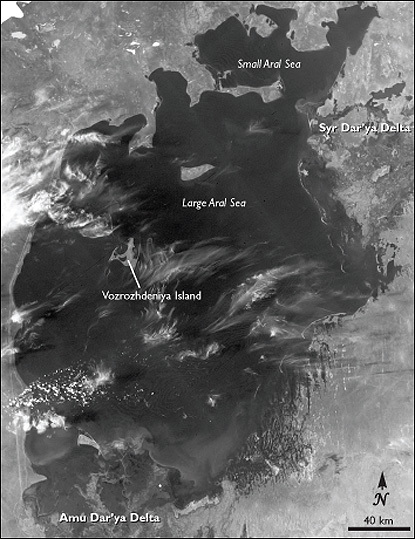 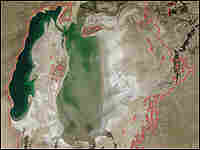 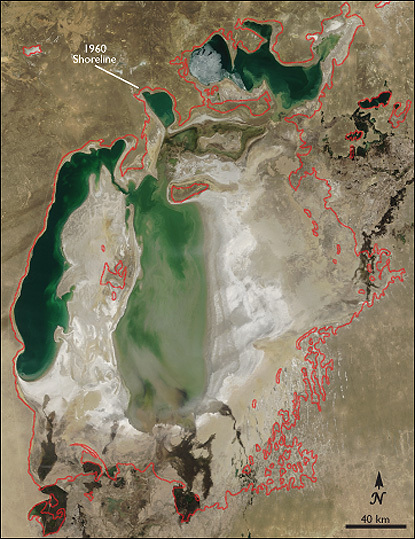 The news about how the Earth has changed can be hard to visualize without seeing it directly. But a new book, Our Changing Planet: The View from Space, takes a wide-angle view of the dynamic globe.

The book uses satellite photographs of Earth, as well as detailed charts and diagrams, to illustrate how the planet is changing — from the destruction of the Aral Sea to the spread of pollutants.

Some of the book's most dramatic satellite images document the shrinkage of the Aral Sea. Sitting on the border between two former Soviet states, Kazakhstan and Uzbekistan, the Aral Sea was once the fourth-largest inland sea in the world. Two rivers, the Ama Dariya and the Syr Dariya, served as the sea's main water supply.

But in the 1940s, the Soviet Union began to use those rivers as irrigation sources, diverting water away from the sea. With significantly less water feeding into it — and the evaporation rate remaining the same — the Aral Sea began to shrink dramatically. Over the next few decades, as the irrigation policy continued, fishing villages that had once been situated right on the coastline found themselves in the middle of a desert landscape.

Liane Hansen visited NASA and spoke with the authors of the book to learn more about how satellites have captured the changing planet. 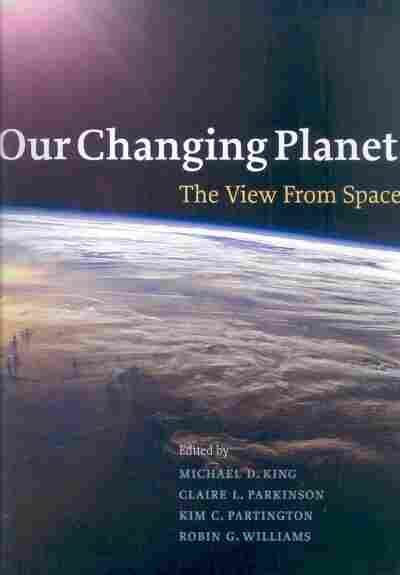 The View from Space