Accessibility links
Pakistan Prepares for Parliamentary Elections Pakistan holds parliamentary elections Monday. The outcome could produce a parliament hostile to President Pervez Musharraf, who has seen his popularity plummet over the past year.

Pakistan holds parliamentary elections Monday. The outcome could produce a parliament hostile to President Pervez Musharraf, who has seen his popularity plummet over the past year.

Violence that has wracked Pakistan recently is expected to produce a low turnout in most areas of the country but probably not in the Bhutto stronghold of Sindh province, giving rise to expectations that her Pakistan People's Party is likely to dominate the new legislature. 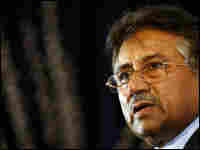 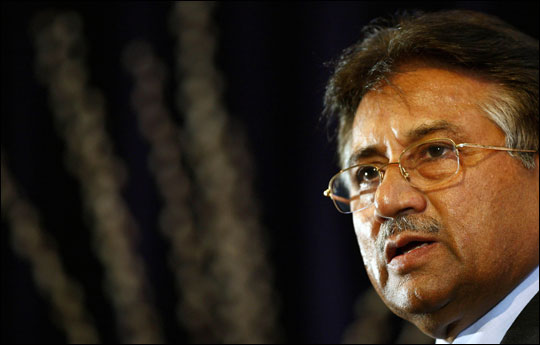 Pakistan is preparing for parliamentary elections on Monday that could have far-reaching implications for the United States and the struggle against terrorist groups.

Pakistani President Pervez Musharraf won't face the voters directly — his re-election was confirmed in November, after a vote that his opponents say was blatantly rigged by the government.

Instead, Musharraf may find himself saddled with a parliament that could challenge his decade-long rule or even try to impeach him.

The Bush administration has hailed Musharraf as a partner ever since he agreed to support the U.S.-led invasion of Afghanistan. As recently as November, Deputy Secretary of State John Negroponte called Musharraf an "indispensable ally" in the struggle against terrorism.

At the same time, though, President Bush urged Musharraf, who was then Pakistan's Army chief, to quit the military and hold parliamentary elections. Those elections were set for early January, but postponed amid the turbulence that swept the country after the assassination of former Prime Minister Benazir Bhutto in December.

One question now is whether Monday's election will be seen as legitimate, amid allegations that the government has been working to rig the outcome by limiting who can run, who can vote and who will supervise the vote count once the balloting is over.

"The U.S. made a big mistake by not insisting that Musharraf and his government accept a massive deployment of international observers," says Zia Mian, at Princeton's Woodrow Wilson School of Public and International Affairs. Mian says the Bush administration was unwilling to push Musharraf on the issue because it fears losing him as an ally.

Bruce Riedel, a senior fellow at the Saban Center for Middle East Policy, says it's too late for the U.S. to rely on Musharraf alone. "The question is, how do we position ourselves, not toward one man, but toward the whole country?" Riedel says. "The problem we face is that the Pakistani people feel that the U.S. is tied to a military dictator who has lost their support."

A new report from the International Republican Institute bears that out: An IRI poll conducted in late January found that more than 80 percent of Pakistanis feel Musharraf's government is headed in the wrong direction; only 9 percent believe the government should cooperate with the U.S. in the war on terrorism.

A recent editorial in the Los Angeles Times suggested that the U.S. is signaling to Musharraf that it will accept something less than free and fair elections in Pakistan. Assistant Secretary of State Richard Boucher told a congressional panel earlier this month that what the U.S. wants are "credible" elections; the Times editorial interpreted that as "just good enough to enable some degree of post-election power-sharing."

At this point, there will be relatively little independent monitoring of the elections. Lisa Gates, a spokeswoman for the International Republican Institute, said her group had decided not to send a monitoring mission, "because security just isn't good enough. They wouldn't have the freedom of movement they'd need to do an effective job."

Senators Joseph Biden (D-DE), John Kerry (D-MA) and Chuck Hagel (R-NE) planned to observe the election and meet with leaders of the government and the opposition. Biden said before leaving that if Pakistani moderates don't get a voice in the system, "there's a real danger they will make common cause with extremists."

Biden is calling for an approach that would triple U.S. non-military aid to Pakistan to $1.5 billion a year for at least 10 years as a way to strengthen civil power in the country. He would provide an additional billion-dollar bonus in non-military aid to the country in the first year after democracy is restored there.

Biden has also argued for a U.S. policy that's aimed at the entire country and not just at an individual personality such as Musharraf.

The Woodrow Wilson Center's Zia Mian says of Musharraf, "There never were any indispensable men."

He says the struggle against extremists in Pakistan has been tainted in the public mind because it is associated with Musharraf and his alliance with the U.S. In Mian's words, "Your indispensable man has become part of the problem."