Accessibility links
Just Browsing for Art in Los Angeles Here's the perfect job: spending someone else's money. And if you're an art lover, and get to spend their money on works of art, well, that just might be bliss. Tag along on a shopping trip with an art adviser and her swimsuit-model client. 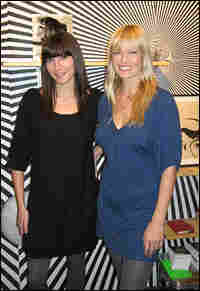 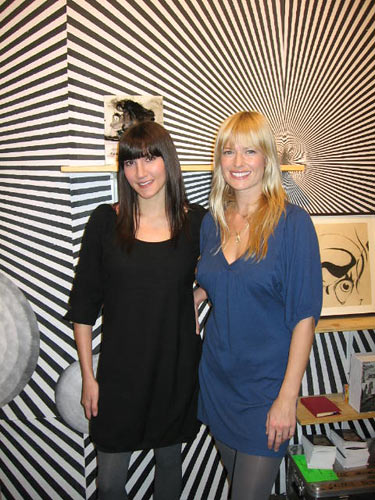 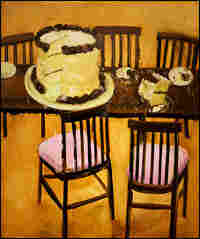 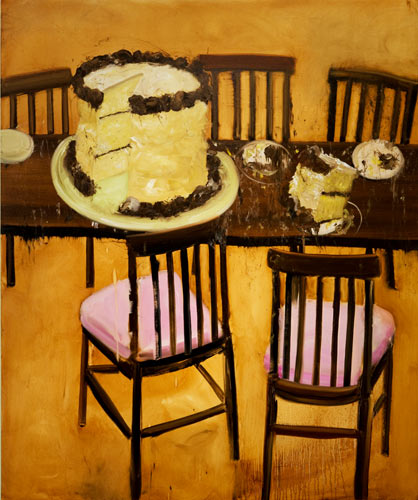 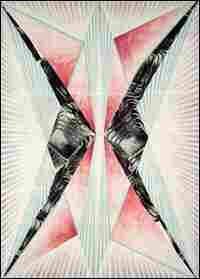 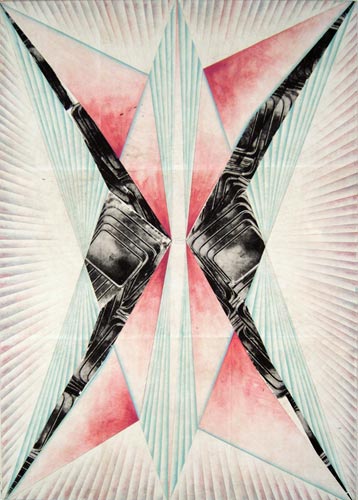 Here's the perfect job: spending someone else's money. And if you're an art lover, and get to spend their money on works of art, well, that just might be bliss.

Keller, an erstwhile Sports Illustrated swimsuit model, has been buying art for some years now.

"She has the collecting gene," Bruce says. "I [could] tell when I walked into her house."

Bruce made her house call just before the art fair — to get a sense of Keller's tastes, her interests, her ideas. Then, for this maiden voyage, Bruce chose a handful of artists and dealers for Keller to see. With degrees in art history from Emory and Columbia University, and experience at galleries in Atlanta and New York, Bruce knows a collector when she sees one.

"A real collector to me is someone who ... it's almost like an illness or a disease," Bruce says. "It gets inside of you, and you can't shake it. And it's obsessive, and it takes over your life. If you're a real collector, it's kind of all you can think about. And people usually have that gene, that collecting gene. If they weren't collecting art, they were collecting something else before that."

Since she moved to Los Angeles from New York, Keller has been collecting works by young California artists. She finds the West Coast art world more approachable — young, open, vibrant. She's looking for works that cost a few thousand dollars — by artists on their way up.

Once Keller decides to buy something, Bruce will get 10 percent of the sale price. She charges clients around $125 an hour to deliver and install a painting or sculpture. But on this day, the women are looking, not spending.

And some of what they see is quite ... odd — like a work that looks like a pencil sketch but turns out to be hair clippings. Or a small, stuffed creature with a skunk's head attached to the body of a fox.

The $5,800 piece has already been sold, but the gallery, Honor Fraser of Los Angeles, will have a show of Kaiser's works in May. Bruce and Keller make notes and take business cards. It's the start of a beautiful relationship.