Accessibility links
In 'Charlie Bartlett,' the Teen Therapist Is In Kicked out of prep school, over-shrunk rich kid offers counseling — and prescription antidepressants — to his new public-school peers in a makeshift office in the boys' bathroom. An improbably charming comedy.

Listen
In 'Charlie Bartlett,' the Teen Therapist Is In 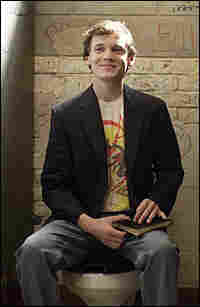 'A Talk With the Principal'

'What Would I Do Without You Charlie?' 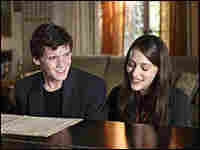 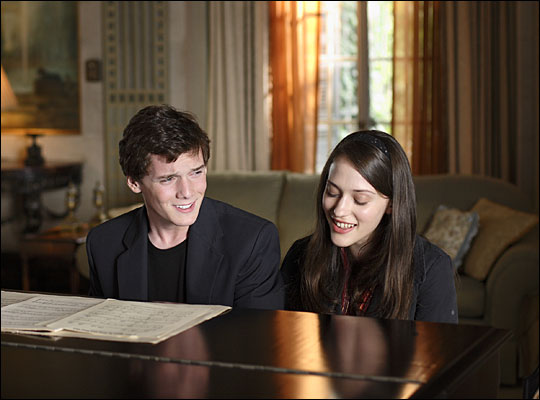 Charlie Bartlett is a sweet, smart, very privileged kid, who has been kicked out of every private academy his over-medicated mom has sent him to. Now, he's about to start at a public school, and he knows there's a decent chance he won't fit in there either.

Except that Charlie has internalized the language of psychiatry: He's been in analysis most of his life, his mother is what you might call pharmaceutically relaxed, and his family keeps an analyst more or less on-call. And while that didn't set Charlie apart in prep school, it gives him some advantages in public school.

With a little anger-management counseling, he has soon tamed the school bully. And when the other kids notice that, they start lining up to have him counsel them, too — in a makeshift office he sets up in a school restroom. Charlie sits in one stall, his "patients" in the next.

Charlie doesn't just offer common-sense advice; he also does unto his classmates as his shrinks have been doing unto him, becoming the school's unofficial psycho-pharmacologist, dispensing prescription antidepressants that he and his mom don't need.

At which point, of course, he's an outcast no longer.

Being an outcast has been a popular problem in teen movies since those Ferris Bueller's Sixteen Breakfast flicks John Hughes made back in the 1980s. And first-time director Jon Poll seems to have found his inner Hughes, while working with a 21st-century cast: Anton Yelchin, downright charismatic as Charlie; Kat Dennings, smart and snarky as his girlfriend Susan; and in a casting coup, Robert Downey, Jr. — the ultimate teen bad-boy back in the '80s — still volatile as Charlie's grown-up nemesis.

All of which makes for a picture that's breezy and sitcom light, aimed at teens despite its R rating, and accented with a few grace notes that will appeal to an older crowd. A melody runs through the film, for instance, that I couldn't place until it was finally given lyrics at school assembly. It's "If You Want to Sing Out," the theme from that earlier teen-outcast movie, Harold and Maude.

Sweet-natured like its hero, Charlie Bartlett, isn't nearly as edgy or as unpredictable as that picture, but the rules have changed since then. And Charlie Bartlett is as sweetly subversive as any teen comedy to come along since Ferris skipped school.