Accessibility links
When Continuity Counts, Call a Script Girl — Er, Guy Best boy, key grip: Hollywood's full of oddly named jobs. In an Oscar-season tradition, NPR's Susan Stamberg looks for the stories behind those strange credits. Hint: A script supervisor doesn't just copy the screenplay; it may be the hardest job on the set. 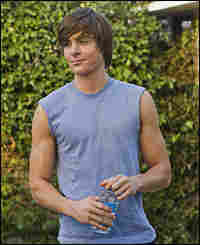 17 things to watch: If Zac Efron's water bottle is full in one shot, it's script supervisor Steve Gehrke's job to make sure it's not empty in the next. Chuck Zlotnick/New Line Cinema hide caption 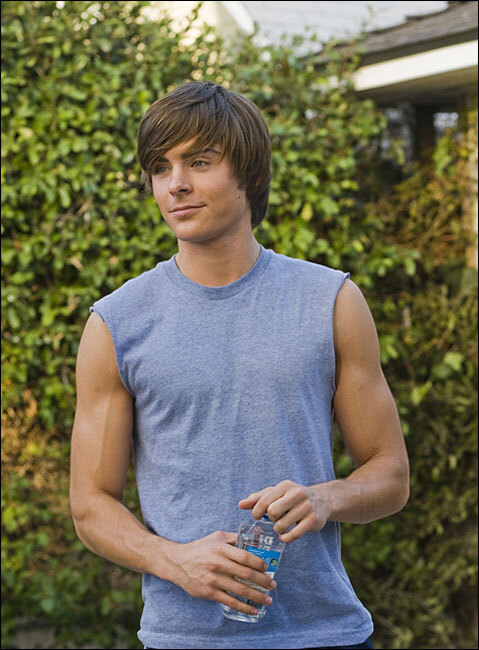 17 things to watch: If Zac Efron's water bottle is full in one shot, it's script supervisor Steve Gehrke's job to make sure it's not empty in the next. 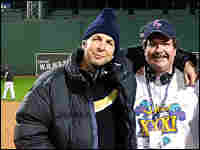 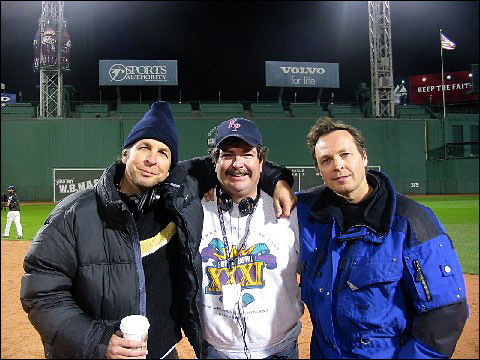 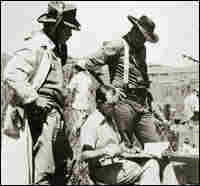 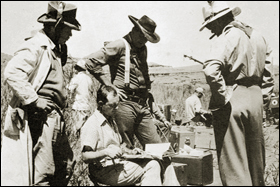 Next time you see The Wizard of Oz, notice how Dorothy falls into a muddy pigpen early in the film. Somehow, when she's rescued, her dress is spotless.

A similar "Huh?" moment occurs in The Untouchables. As Kevin Costner tries to persuade Sean Connery to help him fight the mob, Connery's shirt collar mysteriously flaps open and shut throughout the conversation.

And in Pretty Woman, Julia Roberts munches on a breakfast croissant that, abracadabra, turns into a pancake.

Movie goofs like these are the ultimate responsibility of the script supervisor — the guru of continuity on a movie set.

Steve Gehrke, a script supervisor for more than 22 years, says food scenes are the worst challenges. Because between takes, everything changes.

"People keep eating the food," he says, lamenting what he calls "the continuity of the peas."

In this age of DVDs and DVRs, Gehrke says, gaffe-junkies watch frame by frame and catch every continuity mistake. (They even catalog them, on sites like IMDB.com and MovieMistakes.com.)

There can be more than a hundred continuity errors in any given film, from very minor to major. A glass on the table might be full while the director films from one angle, then empty in a take shot later. That's something a script supervisor needs to watch. It's described as one of the hardest jobs on a movie set.

Earlier this year, Gehrke was script supervisor on the set of 17 Again, a comedy about a 30-something guy who gets to be a high-school student again. It's due in late summer, starring Matthew Perry and teen heartthrob Zac Efron. We watched Gehrke watching as Efron filmed a scene on a basketball court. Sure enough: On one take, Efron crossed his arms — but he'd had them down by his sides in all the other takes. Efron thanked Gehrke for the catch.

A script supervisor is always taking notes: the number of the scene, the number of a take, whether an actor changes a line slightly. Gehrke documents everything, "similar to a court reporter," he says. "And then my notes go to the editor each night."

He also takes digital photos to remind himself what's going on in the background of a scene. That's one technological advance that's made life easier: In the old days, Gehrke says, script supervisors relied on little drawings they made, like courtroom sketch artists.

From 'Script Girl' to Script Supervisor

Robert Gary's first picture was 1956's The Searchers, starring John Wayne and directed by John Ford. It was a classic western, filmed in the harsh desert environment of Monument Valley. In those days, script supervisors were almost always women, but Ford was concerned about bringing a female to Monument Valley for such a stressful and demanding shoot. Robert Gary was ready and willing.

Gary was an actor, but he decided it was time to be less visible. It was during the days of Hollywood blacklisting, and Gary considered himself a left-winger. And he'd watched his best friend, a rising actor, being pushed out of the industry. So Gary went after a less-public line of work.

As a male script supervisor, he was teased a lot on the set. They called him "script girl," a common term in those days. In addition to Ford, he worked for directors William Wyler and George Stevens. His films include The Diary of Anne Frank, Hush, Hush Sweet Charlotte and Whatever Happened to Baby Jane.

Gary described how the job of script supervisor evolved. In the early days of silent films, only one camera was used on a tripod. Then director D.W. Griffith said "let's move in and get a little closer on this," and multiple cameras began being used — and everything got a lot more complicated.

"So somebody said, 'Well, get a girl down from secretarial and tell her to keep track of all this stuff,'" Gary explains.

Sometimes she was the secretary, sometimes the director's girlfriend. But to this day, the job of script supervisor is done primarily by women.

Script supervisor Steve Gehrke says he'd like to think that the male species is also capable of doing the job well. Back on the set of 17 Again, shooting has stopped for the most difficult, headache-making part of Gehrke's workday: lunch.

"That's where most of the continuity errors happen," Gehrke says. People forget that a character was wearing something before lunch. A collar that was pointed in one direction ends up aimed in another. Gehrke says 90 percent of continuity mistakes happen when shooting resumes after lunch.

(And the lunches are nice enough on this set — fresh grilled tuna, tri-tip steak, roasted potatoes, stuffed portobello mushroom and green Jello — that it's easy to get distracted.)

But work calls, and back on the set, a young woman crosses the floor of the high-school gym where 17 Again is being shot, carrying a whistle. She places it around an actor's neck.

Did Gehrke remember that detail? Or did the props master remember?

And he gives a small, grateful smile.