Accessibility links
Movie Music 2008: Oscar-Nominated Scores There's controversy at this year's Academy Awards, and it has nothing to do with the recent writer's strike. Andy Trudeau returns for his annual breakdown of the Oscar nominations for Best Original Score — and some puzzling rule changes. 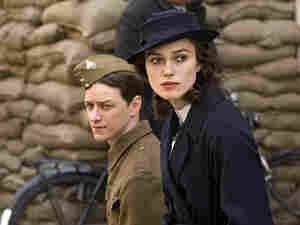 Soon, the Academy of Motion Picture Arts and Sciences will present its Oscars for the 80th time. But in the category for Best Original Score, there's controversy this year that has nothing to do with the just-concluded writer's strike.

Film-music specialist Andy Trudeau has been breaking down the nominations for Weekend Edition Sunday for the last 12 years. He joins Liane Hansen to talk about the newest wrinkle in the proceedings.

For this year's awards, the Academy made a rule change prohibiting studios from sending soundtracks to Oscar voters. As Trudeau understands it, the move was made so that voters make their decisions based on how the music works only within the context of the film.

"I really think this is a mistake," Trudeau says. "I think the best film music not only serves its film, but it has qualities that are rich enough to open up when you hear it again and again and again. And I think it's those kinds of scores that are the ones the Oscars should be honoring."

Trudeau discusses the merits of each of the five nominated scores, noting that this year's soundtracks are especially strong. After he's done, he submits his pick: the score to Atonement, written by Dario Marinelli.

"I think it's a wonderful irony that the year the Academy bans sending copies [of the score] to the voters, we get such a batch of nominations," Trudeau says. 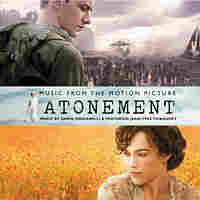 With My Own Eyes

The Italian composer Dario Marinelli was first nominated for an Oscar for his work on Pride and Prejudice. "He mixes a romantic outlook with a modern composer's tools in this particular score, which is a romantic story with tragic overtones," Andy Trudeau says. "Central to one of the characters is the sound of a typewriter, and it's the tapping sound that becomes a musical element in his score which he blends with instruments and then alters sometimes electronically." 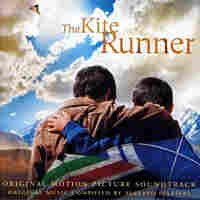 Alberto Iglesias is a Spanish composer who the Academy first nominated for The Constant Gardener. "Iglesias seems to be the one to call when you want to do a film that wants to combine the dramatic power of a Western symphony orchestra with the exotic colorings of a non-Western culture," Trudeau says. "He does this very cleverly -- he treats those local instruments as part of the orchestra." 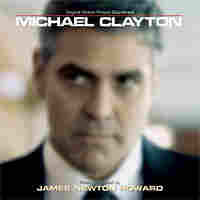 I'm Not the Guy You Kill

James Newton Howard is an American composer who wrote the Oscar-nominated score to The Village. "This score really had a problem, I think, for the composer," Trudeau says. "It tackles a difficult task of coloring a dark movie that's driven more by ideas and character than by action or setting. This score operates on a very low level in terms of lots of things happening low down in the sonic spectrum, if you will." 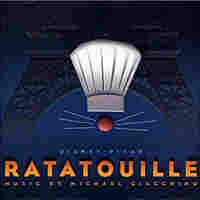 Michael Giacchino, an American composer and self-described "film geek," earned his first Academy Award nomination for Ratatouille. "He feels very strongly that music has the ability to tell a story," Trudeau says. "This is cartoon music -- lots of quick changes. Statements are made with exclamation points, and here, subtlety is not necessarily a virtue." 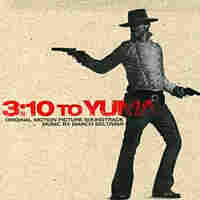 Man of His Word

Trudeau says that American composer Marco Beltrami is influenced by a certain composer known for his soundtracks to Spaghetti Westerns: "Today's Westerns are either going to lean toward Aaron Copland and Elmer Bernstein, or towards Ennio Morricone. Listen to this cue, and I bet you'll have no trouble knowing which way Beltrami is leaning."